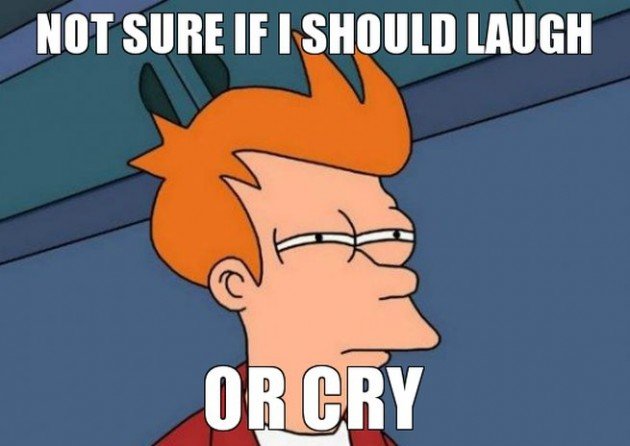 I love being a freelance journalist, I get to choose what I cover, from video games to animations and comics to conventions.

Recently I went to BronyCon and interviewed a few con goers, yes I enjoy the show My Little Pony, I talked to random people whether they were cosplaying or not.

That weekend was filled with me recording and interviewing people; I was even on a panel for Legends of Equestria, a fan made MMO inspired by the show. When I came home and started editing what I had recorded it dawned onto me, I have the freedom to cover events like this because I don’t have anybody telling me what is appropriate for my work, soon after I also realized that wasn’t a great thing.

While I enjoy the freedom to cover what I want it doesn’t cover the fact that I can do that because I’m not tied to a contract. A contract that would pay me to cover these things and help me travel to even more conventions, but would it be worth trading freedom and fun for a ball and chain job?

I wish I could answer that without any doubts, but the truth is, being a freelance journalist sucks.

Getting into the field of journalism is odd, just like many professions, there are a lot of ways to get your work out there but it doesn’t mean that it’ll be seen.

It’s tough to get the attention of IGN or Kotaku and it’s just as tough as finding an audience on YouTube. Everybody wants to be entertained, that’s why journalism is pushing more video content than ever before, arguably that’s why Let’s Plays work so well.

In the realm of written work websites are looking for stories that will get people to click on the site and make comments on the story, this gives out a sense of community, when new readers see that they are lead to believe that the site is a well trusted among other gamers and this they will continue to visit.

Editors will try to find the most interesting story they can find, this is why we get the infamous click bait articles, it’s easier to get people to visit when you’re doing more than just reporting news and/or reviews. Editorials are money makers because the writer can strike up a conversation among readers, for better or worse.

I once wrote an editorial about my thoughts on Japanese games and the reasons many gamers seem to have a dislike for them; I talked about character designs and the obsession with putting clearly underage children in sexual positions and situations. One commenter ripped my article a new one and claimed I was ignorant and didn’t understand why the games were made in such a fashion, despite me explaining those things in my piece, needless to say it was the biggest article I had written hit wise. That stupid article brought in readers not because they were interested in looking at how people saw the genre in an intelligent way, they clicked to argue and give their opinions and attack anybody who disagrees with them.

I didn’t write another editorial until I joined a different website, there I wrote about how reviewing games wasn’t as great as one may have thought, that piece got a few hits, there was nothing controversial about it, nothing that would set readers apart and spark outrage. Readers complain all of the time about any site putting out click bait but they continue to read them and that is why journalists keep making them, they create hits and hits create money, so who cares about integrity when you can create your own controversy and have people visit until they become so familiar with the site they come back due to habits?

What exactly does this have to do with being a freelance journalist? Because I don’t get contracts, I only get paid depending on how many hits my article(s) bring in, this is the most common form of payment as this is the cheapest way to pay a writer. That may not sound too bad, until you find out that you’re getting paid a certain amount after reaching a certain milestone.

Some sites can’t or won’t even pay the writers, they will always go with the ‘it’ll be great exposure and experience,’ excuse. People who draw can get away with saying no and demand to be paid, there are a lot of sites where an artist can show off their skills, the same doesn’t really apply for writers.

While there are wonderful sites for writers, like Inkspired, they’re more for writers to discover and inspire other writers. Many sites that are looking for workers will claim that once they get bigger they will be able to pay, but don’t expect any back pay for your past work, and sites get away with it because they know it’s difficult for an amateur to get anywhere without having any published work.

Being freelance is great for jumping around and experiencing different sites, the more places you have published work the better, just don’t expect to make enough to buy more than just cups of ramen noodles for a few weeks, or months, so how can I afford to travel around and cover events? I can’t really, in order to cover special events I have a day job and that job keeps me from leaving too far due to travel expenses.

I have gained enough exposure that from time to time I’ll get an email invitation to an event. I got a press pass to New York Comic Con in 2013, I had a chance to go to E3 in 2014 and 2015 but couldn’t make it, there were multiple events around New York and even a few outside of the U.S., but I couldn’t afford the expenses nor could I get the time off. A contract with a publisher could have covered at least the plane tickets or hotel room, which ever is cheaper.

I know nothing is owed to me, I buy my tickets to travel and hotel rooms, and I enjoy every last bit of it. Because I have to pay for everything out of my own pockets helps keep excited about what I want to do, in a way it keeps me humble. It all comes back to the freedom, the ability to chose what I want because it interest me and I want to share it with others.

It’s my choice to join sites that may not pay me much for my work, if at all, I recognize the risks I take by doing this. Going with sites that won’t pay I was able to get my start as a video game journalist, with published work I began to move from writing about video game news to traveling to conventions and covering them, it only took three in a half to four years!

Over the years I have reviewed dozens of games and I have reached the point where I don’t want to play every game that comes to me in an email. I know that sounds blasphemies to many gamers but it’s true, it’s exciting at first, being trusted to give an unbiased thoughtful review of a game is a real treat. Sadly after a while you’re forced to review games you wouldn’t have purchased yourself, but you must still give an honest review and put your personal thoughts aside (If that makes any sense).

What About The Good?

As I mentioned before, I have gained some decent exposure, I was given my own panel at The Boston Festival of Indie Games in 2014. The turnout wasn’t big but it was more than I thought it would be, it was great seeing people that were legitimately interested in what I had to say. Even as I write this article there is another small video game convention talking to me about holding a panel for this very subject.

I’ve had people stop and talk to me about video game journalism, including Gamer Gate, I was able to meet and speak with great people who love video games and the industry. From indie game developers that are starting up with their first game to bigger indie developers like Harmonix, even big publishers like Atlus and Sega.

I wouldn’t have been able to experience the joy and frustration of gaming journalism if it wasn’t for my decision to bite the bullet and work for exposure and not money. This isn’t an editorial to discourage new writers, this piece is to give a small personal glimpse at what to expect when you start off as a freelance journalist.

How Can Readers Help Freelance Journalists?

Patreon and Kickstarter are not ideal for a majority of journalists, very few can do this and find success. Jim Sterling is one of those very few, this is because he has shown the ability and professionalism to do his job efficiently, and because of this his viewers are willing to support him. For others the best way to show support isn’t a monthly crowd fund, instead simply sharing their work with social media can do wonders.

Social media is a journalist’s best friend, when you share one of their articles it shows the editors that people are responding to the author, this could help justify paying the creator. A lot of freelance video game journalists rely on N4G (News For Gamers), it’s one of the few sites aimed at spreading news for small gaming sites. Personally I am not a fan of the site, as are many surprisingly enough, but I still use it because I see it as a necessary evil and it can be a useful tool to attract more readers.

If the author has a YouTube channel give it a look, more views can help give the creator some extra money without you needing to reach into your own pockets. Yes, I know many people use Ad Blocker and they find it justifiable because nobody likes watching ads, but many creators use skippable ads and many websites use those ads to pay their staff.

If you’re interested in becoming a freelance video game journalist I hope my ramble was enough to help you prepare for what’s out there. This isn’t my first editorial on the subject of being a journalist and it won’t be my last.

Being a freelance video game journalist sucks, yet I love it and I wouldn’t trade it in for all of the E.T cartridges in the world. Now then, where’s my contract The Escapist?

Follow us and get the latest news delivered to your timeline!
EditorialJournalismOpinion
Previous ArticleLegends Of Legacy Character Trailer: Meurs and BiancaNext ArticleThe Taken King Launches Without A Raid