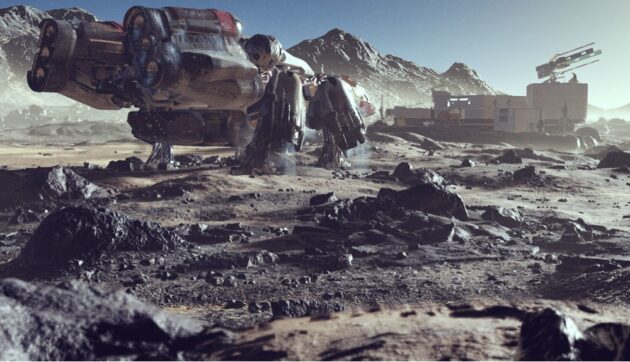 Publisher Bethesda has announced that two of its games are being delayed. The two games being delayed are Starfield and Redfall. The announcement was made in a tweet posted on Bethesda’s official Twitter. It sees this as a necessary step to polish up both games to the standards its fans expect.

The tweet reads: “We’ve made the decision to delay the launches of Redfall and Starfield to the first half of 2023. We want to ensure that you receive the best, most polished versions of them. We can’t wait to share our first deep dive into the gameplay for both Redfall and Starfield soon.”

Having to wait until 2023 to play both games isn’t ideal but delays are usually justified. The last thing anyone wants is a Fallout 76 situation where a blatantly unfinished product is shipped out. At least with this delay, it’s more likely that both games will be as good as they deserve to be.

Judging by the tweet it appears as though more news on both titles is coming soon. Given the timing of this announcement, you can probably expect this news to drop during Summer Game Fest 2022. That’s the annual games show that has replaced E3 in the last few years. 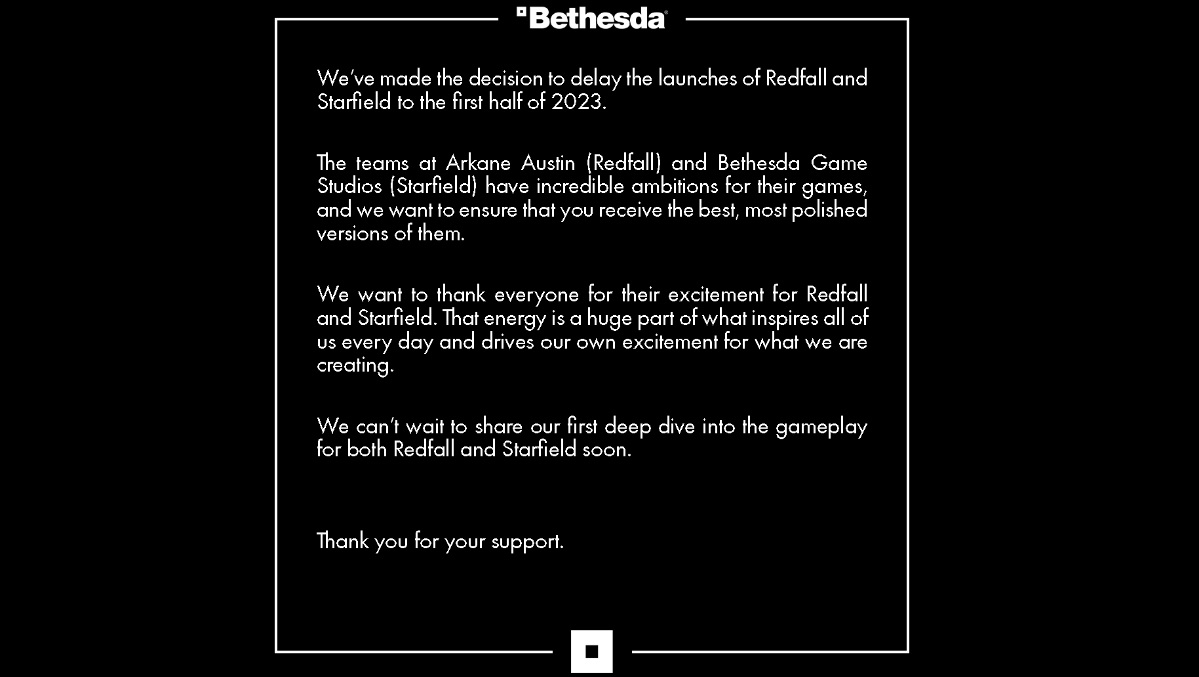 No one wants to see a game like Starfield delayed. It promises to be one of the most ambitious space RPG games ever made but something of that scale takes time. We’ve already seen a game just like Starfield dishearten fans at launch because of a lack of development time, No Man’s Sky.

No Man’s Sky may have turned things around since with its developer Hello Games making some great additions but the point still stands. Bethesda does not want to go down that same path so it’s important that Starfield delivers from day one.

Follow us and get the latest news delivered to your timeline!
Previous ArticleDark Souls PC servers have been down for over three monthsNext Article343 Industries re-adds skill jumps to Halo Infinite after community outcry