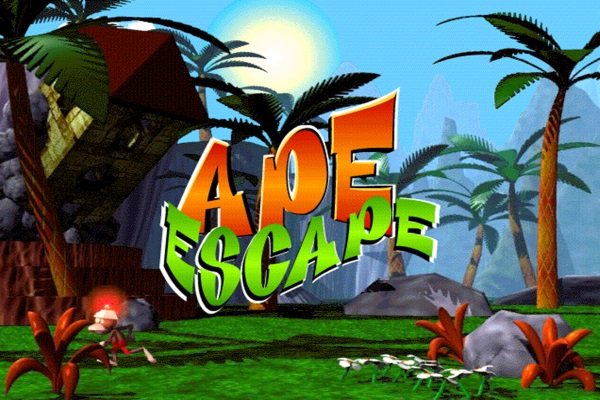 Ah, chimps. We all know how adorable these hairy little buggers are. Monkeys are, of course, undeniably brilliant, but chimps just take the cake. They’re mischievous, intelligent and aren’t averse to playing with themselves in zoos regardless of who’s watching. What’s not to like?

Still, like all cutesy things we love, monkeys have a dark side. We’ve heard horror stories of people falling into baboon enclosures and having their faces chewed on as a low-fat entree, but it gets worse. Apes aren’t above making tiny spacecraft and shooting you with lasers.

We’re not talking Planet of the Apes, although that would have been a fantastic little touch. This is Ape Escape, right here, home of the most sadistic simians you ever saw.

True enough, these little guys weren’t evil to begin with. They were corrupted by their leader, Specter, a performing monkey who happens upon a super-smart helmet made by a local mad scientist. Jamming it on his furry head, he gets all magalomaniacal. Crafting many more helmets for his hairy legions, he send them off into the past and future –the mad scientist also has a time machine, naturally– to shape history to his own design.

Yes, this really is the story of Ape Escape. I’ve no idea where this demented business came from either.

In this 1999 PlayStation classic, you play as the professor’s young friend Spike. His objective is to follow the marauding monkeys through time and catch them (literally, in a high-tech net), depositing them back in their own time. It’s a rather brilliant platformer, and the first title designed exclusively for the console’s fancy new dual analog controller.

Most importantly, though, it featured a huge library of these dudes. Each had their own personality and stats, and a cheeky personality to boot. Some couldn’t fight back, simply dropping banana skins as they ran from you to make your pursuit more of a pain in the butt. In later levels, which were set in a more futuristic time, they were truly troublesome. They were armed with rifles and other weaponry, and would even pursue you in tanks or aeroplanes. Smarter than the average monkey, for sure.

A certain amount of them were required to complete levels, but each had a further quota of hidden apes. Oftentimes, you’d have to acquire a certain gadget later before returning to the stage in question. When caught, each had their own entry in an album of sorts, which was amusing enough in itself to make your thorough completion worthwhile.

They were real little pests too. At one point, you had to steer a tiny RC car around an elaborate maze to scare the lil’ guy, so he’d flee from his safe area and you could give chase. Ape Escape was brilliantly toontastic, innovative and a little more devious than its adorable facade suggests.