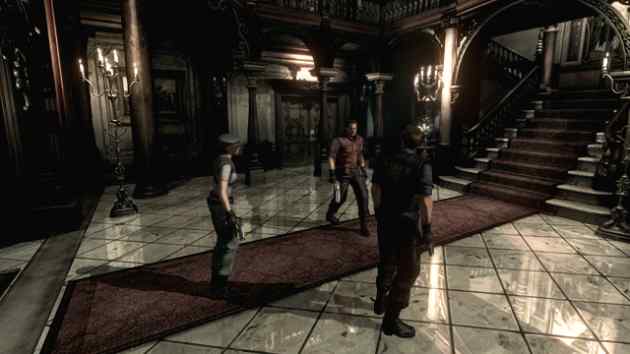 It is that time again. Sony and Microsoft have released their offerings for Games with Gold and PlayStation Plus for the month of October. For the first time in a little while, I can say get hyped if you’re on the Sony side of things. And even if you are not, you can always become a Sony fanboy, nobody would mind now, right?

Here are the free games for PlayStation users on all platforms, make sure you check out our list below and download them all:

Wow. Sony wanted to make a statement this month with a ridiculously solid headliner. One of the most influential games in the history of video games and a surprisingly fun action game from the legendary Platinum Games.

Resident Evil, the GameCube remake of the original title is one of the best remakes of all time. It perfected and changed everything that needed work in the original while keeping what makes the base game so pure and important. It is most surprising to me that it still manages to look that good on what was at one point limited hardware. The power of pre-rendered backgrounds!

Beyond this, we get the shockingly fun and solid Transformers: Devastation, another well-crafted action game that demonstrates that Platinum Games might be the Telltale of Japan.

Rounding this out is From Dust, one of my absolute favourite indies on the PlayStation platform. A simple yet elegant concept coupled with fantastic art direction and some superbly crafted gameplay segments. Or, in other words, something you definitely shouldn’t skip.

And now it’s time for the slightly underwhelming Xbox offerings.

I honestly don’t have much to say for this batch. While I can’t directly say that any of these games are good or bad having played only one of them briefly, it is very underwhelming given Sony’s fantastic freebies.

I Am Alive, a game stuck in development hell for far too long, is a mostly solid survival game that offers some unique mechanics and an interesting world to explore. It’s by no means a great game, but it’s worth the bandwidth and hard drive space.

Beyond that, I’ve heard good things about The Escapists, so I guess this will be my chance to check it out.

Follow us and get the latest news delivered to your timeline!
escapistsfree gamesgames with goldPlaystation plusps4Resident Eviltransformers devastationXbox one
Previous ArticleYogg-Saron and More Hearthstone Cards are Being NerfedNext ArticleBest NBA 2K17 SF Build: How to Create the Perfect Small Forward for MyCareer