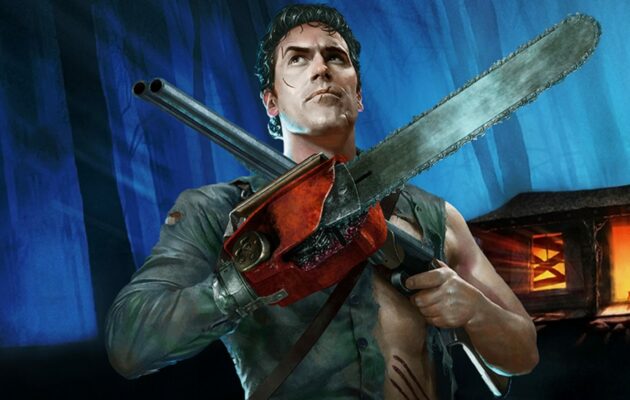 Evil dead is a faithful adaptation of classic horror series, as you will see many references in the game. Unfortunately, it is an asymmetrical multiplayer game which means each side typically offers greatly different perspectives from your opponent and playing styles. That’s why playing this game becomes so frustrating at times. However, we are doing here a Evil Dead review for your convenient. Read on…

Evil Dead the game review: How to play?

Mechanically, there is nothing much original as follows the pattern of Dead by Daylight and Friday the 13th. The game is very straightforward in that a team of Survivors, particularly four in number, come together for one mission which is to banish the Demon “Kandarian.” This demon will be controlled by your opposing player.

The survivors are directed to solve two of the problems; one is to find out the missing pages in Necronomicon, and a bunch of demonic wraiths known as The Dark Ones are there guarding that book. Hence, the primary goal of the survivors is to find the fragments of a map that led to the Kandarian Dagger and to the Lost Pages. While on the other hand, the Kandarian Demon is subjected to prevent these occurrences or else he’ll lose the game.

By gathering things and skill points all through the game, the players (killers and survivors) can gradually improve their abilities. However, a leveling game system delays the demon’s key skills until later, which makes it less powerful and be a little boring in the beginning.

Playing as a Survivor

Playing as a Survivor, you’ll engage in a co-op shooter with heart-pounding scars, competent gameplay, and smart light and dark dynamics while fending off groups of zombies commanded by a single enemy player. Fans’ favorites like Henry The Red, Cheryl, Kelly Maxwell, and four incarnations of the central protagonist Ash Williams round out the list of playable characters, which also has performances by the stars from the original films. The performances by these actors are generally good, but they do not even sound like they’ve been captured within the same acoustic environment at times.

The essentials like ammo, health, and shields can be easily found by scavenging different locations; you can restore them. Besides this, the two systems you must manage while playing as a Survivor. A straightforward flashlight with limited battery life is the first. The lamp clearly illuminates the way in front of you, making it simpler to move through dimly lit areas, yet it also draws attention to hidden things like unique ammunition that you wouldn’t otherwise get to locate. This feature adds penalties for using up the flashlight’s charge and calls for users to be meticulous in how much light they consume. When Survivors are alone or in the dark, their terror levels rise, making them more susceptible to demonic possession.

Playing as a Demon

To play as a Demon, you have to choose among the demon forces to command. Once done, you employ their skills and units, which you can use to either defeat the survivors’ group or stop them from exiling you. The first army is “The Puppeteer army,” which excels in electricity, telekinesis, and enhanced possession. The second is “The Deadite Henrietta Warlord army,” which specializes in close combat using sheer force and noxious gas skills. Last but not least, we have the “Necromancer army,” which specializes in summoning, enhancing, and resurrecting fallen minions. Because each army plays differently, it’s fun to experiment with different tactics from game to game.

The repetitive process of flying over the map to gather energy orbs whenever an ability exhausts your resources, tiresome cooldowns, and carelessly sets up traps to frighten other players are all part of the demon’s gameplay loop. With that said, the best aspect of managing the Kandarian Demon is that you can strategically position the portals to attack negligent players or convince them to escape into the shadows, where their terror levels will quickly increase. The moment you trap the player, you can take control of them very easily and use their weapons to wreak havoc on their fellows.

There are two major maps that are included in the Evil Dead, while the third map, that is, Castle Kandar from the “Army of Darkness“, will be available in the future, not in the early game. A few unusual sites, such as Flight 666, The Knowby Cabin, or Misery Manor, can be found on the nameless maps. However, the majority of places are uninteresting. Fog, lens dust, and blooming highlights are examples of post-processing techniques that can give photos a film-like appearance and enhance the entire atmosphere, making it interesting.

Summing up the Evil Dead, the game review here is that despite numerous issues in game-level geometry that result in unfair deaths and other dubious design decisions if you play in the team survivor, you’ll receive a fantastic shooter experience. In contrast, playing as the demonic mastermind is probably even more interesting than the survivor because you can mess around with the opponents in so many fun ways. However, demons are comparatively slower in the early game.

They can not unlock much for their upgrade, so you need to be patient and use their initial skills in a productive way to win the game. Evil Dead is still not in its best version, but it is way better than many others, so it’s a good play. We believe that in future patches, the problems will get resolved. If you’re into horror games, give this a try; you might love it. And of course, share your experience with vGamerz‘ lovers 😉

Follow us and get the latest news delivered to your timeline!
Evil Deadgame review
Previous ArticleCrash Bandicoot 4 is coming to Steam later this monthNext ArticleFortnite Game Review