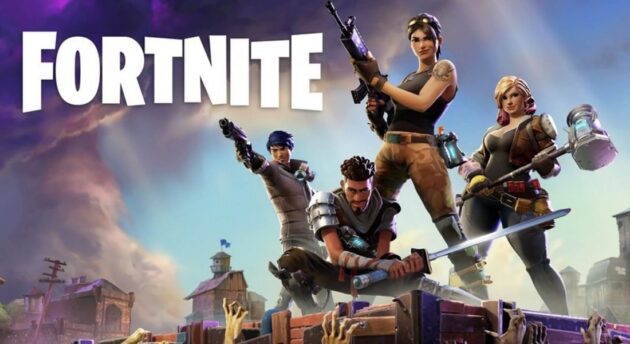 More than simply gaming, Fortnite has evolved. It has developed into a metaverse, a fantasy space where users may interact, play games, and produce and see virtual happenings that advance the boundaries of what is imaginable in a digital context. From a straightforward third-person shooting to an unparalleled worldwide sensation, Fortnite has evolved into an epic game. So how well is this juggernaut of Epic Games surviving after many years in the limelight? Read more to know more about the fortnite review.

The strategic objective single-player narrative of FORTNITE, often called Save the World, is not where most players spend their attention; instead, they prefer to engage in the tournament’s solitary Battle Royale option, which pits players against each other to see who survives. In this game, players compete with a maximum of 100 additional players solo, with a companion, or in multiple teams to determine who can hold out the most against foes on a constantly contracting terrain.

Its impact will be felt all around, which is evidence of the way Epic Games is developing this unusual venture into a phenomenon that appears irresistible. Battle Royale remains at the core of Fortnite despite all its odd crossovers and periodic improvements. Does the combination of frantic gunplay and haphazard construction still stand up at this point? It sure does!

The classic Save the World level in Fortnite offers a more in-depth solo option that strongly emphasizes cooperation rather than rivalry. Players battle the Swarm, which is the effect of The Storm resurrecting the dead, while also gathering resources to build a safe haven-like headquarters. Tasks in Save the World may be completed alone or by teaming up with others. Although moving around the area, gathering resources, constructing structures, and engaging in coordinated attacks against zombies may sound complicated, in practice, it comes naturally.

Additionally, the narrative of its Save the World mission hits the ideal mix between entertaining and unsettling, with breezy comedy entertaining to participate in and to witness.

Fortnite is undoubtedly the most popular game in the past ten years for a good reason. Its impact can be seen in all contemporary cultures since it balances accessibility with the spirit of rivalry numerous people find so appealing.

Fortnite Battle Royale is a well-designed, constantly evolving platformer that values a player’s effort whether you choose to make payments or not. This is true underneath all routines, skins, or Battle Pass. Apart from being a pleasant spot to enjoy a short play with a buddy, there is sufficient of a slow burn to have us going repeatedly. It’s indeed undoubtedly a contemporary marvel.

Players are prompted to select among the two distinct factions of Ghost and Shadow throughout Chapter 2, which has a covert agent feel. This will affect the style of several unlocked pieces of equipment you can use with your preferred party in various game styles. It’s an exciting variation upon that seasonal model that significantly alters the way matches are played and also how you deal with multiple settings.

The Agency is located in the middle of the battlefield and is populated by AI-controlled adversaries that may be defeated to reveal supply boxes containing valuable treasure. Although it’s a good trip, there is always a possibility that you’ll run into other gamers looking for easy fitment. The resulting dynamic clashes are exciting, and being able to compete with both virtual and real rivals adds another layer of difficulty.

With frequent upgrades and new rounds, Fortnite’s various modes provide sporadic opportunities to refine your abilities at performing novel tasks unrelated to the game’s primary experience. Although they sometimes lack battle royale complexity, they are entertaining diversions. They also freely plagiarize other shooters, most recently stealing Overwatch’s “Payload” during a new limited-time game.

Despite its rare bouts of creative failure, Fortnite exceeds expectations far enough to compete by itself. Millions of gamers have gathered to see significant events in the world of Fortnite through virtual events like the Marshmello or Travis Scott gigs, dialing in simultaneously for a singular instant of great talent.

Marvel, Star Wars, or DC are just a handful of trademarks vying for a piece of the royale pie so Epic Games can rely more on this part of Fortnite in the coming years. All We can do is pray that they don’t overlook the main game, beyond which all of this wouldn’t be conceivable.

Regardless of how you look at this, Fortnite is an epic sensation. What started as a meh third-person game has become among the most popular and recognizable franchises on the globe. Ultimately, Epic Games have accomplished something exceptional, and we can’t wait to see how far it can develop.

Follow us and get the latest news delivered to your timeline!
Fortnite review
Previous ArticleEvil Dead the game reviewNext ArticleModern Warfare 2 will only require a phone number on PC