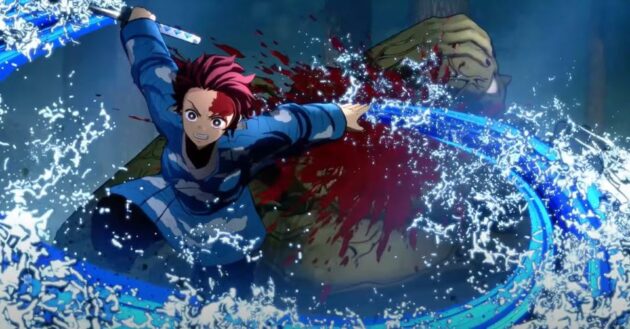 Demon Slayer would be the first animation to make the leap to video games, following the footsteps of shows like Naruto and Dragon Ball Z. The first video game based on the popular anime Demon Slayer The Hinokami Chronicles, tells Tanjiro Kamado’s tale. This 3D anime fighter, which was previously accessible on other platforms, has now arrived on the Nintendo Switch. To learn more about this game, continue reading the Demon Slayer review.

Demon game Slayer review: The balance between the story and gaming mode

It is always tricky to have story modes and fighting games merge together to tell a story well when the narrators are two players fighting each other. This issue has also influenced Demon Slayer, whose single-player mode struggles to strike the right balance between telling a fantastic story and rendering it enjoyable to play. But thankfully, notably in multiplayer, it provides arena-based combat, which is quick, thrilling, and achieves a wonderful mix between accessibility and intricacy.

The Hinokami Chronicles maintains the same storyline as the anime and manga, commencing at the beginning and progressing all the way to the Mugen Train arc’s climax. If you have never seen Demon Slayer, then know that it depicts Nezuko and Tanjiro Kamado as they seek retribution for the demons who have murdered their family and also turned Nezuko into a demonic character. They also attempt to find a way to restore Nezuko to her former human form. The cast of this anime series provides full voice acting for all of the in-game scenes, which beautifully retell a large portion of this story. However, the cutscenes might drag a bit since the original story is being recreated skillfully, so that won’t bother you.

There are eight parts to The Hinokami Chronicles. Following a brief sequence of cutscenes, thus every chapter will ask you to lead Tanjiro and his companions through a mostly sequential set of maps as users complete side missions by interacting with other characters. Look for hints that will point you in the direction of possible demon hiding places and solve mini-puzzles. As you progress through the story, you will get to explore more. In addition, you will get to gather Kimetsu Points, which can be used to get access to the rewards such as characters, alternate outfits, quotations, artwork, and soundtrack tunes. Also, you can get access to Memory Fragments. They are little movies that blend voiceovers and images from the animated series.

The game is an arena fighter where two-player teams compete in a restricted, 3D setting. However, the story mode sometimes includes one-on-one matches, among which are spectacular boss battles with special abilities that ordinary characters never could possess.

The battle controls are easy to understand and basic. One button controls all standard attacks, while another controls the special attacks. By moving the joystick in a particular direction and pressing any of those keys, you can switch up the action and use one special combo.

Additionally, each fighter has the ability to throw, dash, execute an Ultimate Art, unleash heavy strikes, and use two unique power-ups called Boost and Surge. Although Surge temporarily grants your character infinite meter, Boost amplifies your strikes and offers a new combo route. These strategies achieve a fair balance between providing a tonne of intriguing choices for counterplay and keeping “The Hinokami Chronicles” hard to pick up right away.

During two-on-two combat, your fellow teammates can indeed help out by employing one of their unique abilities at the price of their assistance gauge, or they can spend it all to save a teammate from being knocked out in the middle of a combo. Although the health scale is shared across characters, you never face the danger of losing your partner, regardless of how bad things appear to be. Switching between teammates is also an option.

Most people will continue to be drawn to multiplayer because it allows for both offline and online gaming. The multiplayer is fantastic and makes excellent use of all the fantastic combat themes presented in the story mode, including strategy, distance, combo knowledge, team dynamics, and clever use of meter and assistance. Most of the action takes place online, and you’ll be glad to know that it functions effectively. However, if your connection slows down, there can be some quite obvious delays.

Summing up the Demon Slayer review here, on a point that both individuals who are familiar with and those who are interested in starting the series for the very first time will find this game to be fun and an incredible experience. The above discussion would definitely help you learn about it a little. So don’t waste your time, give it a try and of course, share your experience with us. Have fun.

Follow us and get the latest news delivered to your timeline!
Demon Slayer Game Review
Previous ArticleAssassin’s Creed Mirage given rare Adults Only rating due to gamblingNext ArticleWarzone 2 is bringing proximity chat to Call of Duty for the first time