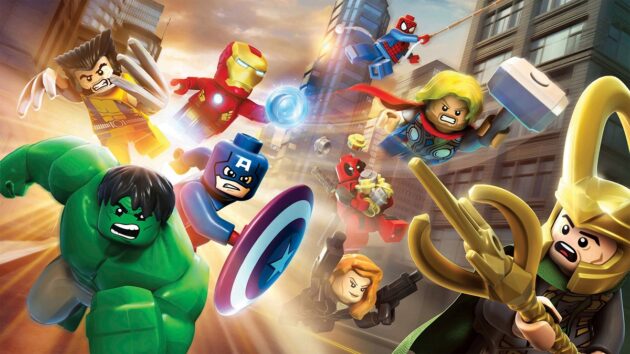 Marvel’s Avengers has been on the spotlight after critics found significant issues despite of their efforts on the Crystal Dynamics. Let’s see what have happened.

Marvel’s Avengers was released a couple of months ago but even as the videogame had a great start in terms of sales, it didn’t live up to its hype. We have already seen so many live service games fall into this trap of poor launches and unfortunately, The Avengers is one such game. There’s still a lot to enjoy about the game like a decent campaign and combat sequences, but the number of drawbacks in the game outweighs its perks. Here, we’ll be looking at some of the greatest issues players and fans have had with Avengers since its launch, hoping Crystal Dynamics will continue giving updates and fixes to some redundant bugs.

Avengers die-hards should not lose hope as their software provider Crystal Dynamics is on course to make changes. Of course, they did a shoddy job in releasing the game with bugs, but we have to keep in mind that most of its staff were working from home and it was not a regular drill. Also, Crystal Dynamics released its first update just a few weeks after critics aired their views. Their promptness is more like Betsoft, a software developer for online casino games.

In a strict gambling realm, Betsoft must deal with bugs and constantly release regular updates. And, though not as much as video gaming, the consequences of not fixing bugs in casino games like slots are much more catastrophic. That’s because gambling fans need to be pampered with incentives to remain loyal to any online casino. Luckily, there are awesome offers including no deposit bonus codes from many operators.

The current loop experience in Marvel’s Avengers is not what every gamer would expect. The first issue we realized is that simply running towards the glowing loot doesn’t automatically pick it up. Instead, you have to stop and stand there for a while to acquire it. Making the loop accessible by constantly moving past it makes the gameplay much smoother. It makes it easy to pick up loot while in combat without fear of getting hit.

While the current loot model may not affect huge characters like Hulk, it is disadvantageous for players like Black Widow who are always in constant motion and will be hindered in case they stall for loot.

When you first open Marvel’s Avengers for the first time, there’s swelling music that plays for a few seconds and then you’re prompted to a screen asking you to register a Square Enix account before continuing. There’s no shortcut to this option and the drawback comes in when the Square Enix website has issues. During the second beta weekend, players got stuck in this option as there was too much traffic and other hitches on the Square Enix account registration website.

While we understand the need to have an account, placing it at the beginning of the game makes it a lot more hectic if not selfish. The developers would place it somewhere in the game and make it optional with a twist. For instance, they could offer bonuses or extra points for accounts creation. Forcing players to create an account even before the first instance of gameplay is somewhat punishing.

Characters a Little Bit Off

There’s a lot to ponder on in terms of what Crystal Dynamics did during character creation and their roles as compared to the cinema version. Kamala Khan (Thor), for instance, is a standalone character and there are a few areas that don’t add up as well. Thor seems to be underutilized in this release. First, he comes way after the game has started and even after appearing, he doesn’t put on much of a show. There are no personal stakes in the story with Thor and it seems the game’s focus isn’t on him. Thor looks like an unnecessary character at this stage.

Iron Man is also not very well portrayed in the game, something so many players have noticed. He seems to be the one always ranting one-liners and not too much in the action. The developers might have tried too hard to make him sound like Iron Man, consequently overlooking his role in the game.

The enemy design is not what you’d ideally expect in a game like Avengers. There are about 9 to 10 main types of enemies that differ from each other significantly. Technically, the change is not very significant. The enemies are all some sort of androids or bots and the minor variations are seen during combat mode. After several rounds of fighting, you will notice a cycle of redundancy.

When you complete a mission’s objective, the gameplay at Marvel’s Avengers immediately stops. Characters stop to function and no mo fights take place. In this era, a little wiggle room for gamers is key. It adds the sense of completion and if the game just stops immediately when an objective is complete, there’s something lost. If you were to pick up loot and finish your objective before the loot, the game stops and there is no satisfaction in that loot pickup.

We’d prefer some more time once the player kills all the enemies but has loot to pick up. Marvel’s Avengers might have added a few extra seconds of play to allow players to pick up the remaining loots before the timer counts to zero. But still, they’ll have to specify whether the loot gathered will be added to the post-mission or lost completely.

It’s been a while since we experienced such a boggish game launch in terms of optimization. The number of technical issues in Marvel’s Avengers really had our mouths open. The frame rate is probably the most annoying issue and tanks hard when multiple characters are on display. But at the same time, it is understandable with regards to the massive particle effects and on-screen buttons constantly on display. More so if they are played on consoles (PS4 and Xbox One) that have outdated hardware. It is still something that can get out of hand a lot more often than expected.

The next generation of consoles promise no loading times, at least as the developers put it. But in the meantime, there are lots of breaks when you pay Avengers. Expect to wait while loading into missions, restarting checkpoints, or going back to hub areas. It is annoying when you’ve already gotten the gist of its gameplay and experiencing its other issues as well.

Anyways, the latest update from Crystal Dynamics falls short a little bit, but the rate at which they get released gives gamers more hope. They have included a “Tachyon Thrift Missions,” which does very little at changing the game per se. The only difference in this update is the venue and a limited time during gameplay Otherwise, there are the same characters and old tricks in that mission. The SHIELD Substation Zero Outpost is no different.

Perhaps the significant outcomes of this game update include:

We hope the rate at which the software developer releases updates is quick and finally makes players enjoy the game more. That’s because the current Avengers is not good enough to keep players going on and on. The releases should focus on keeping them glued up to the final completion of the story mission.

We have already seen other games successfully bring updates that make the gameplay better and more enjoyable as well. “Ghost of Tsushima” started as a single-player game but its recent update added a multiplayer option and was free as well. “Hades” and “Genshin Impact” have also made significant changes that made the game more appealing to players. We hope Marvel’s Avengers wouldn’t go down the road EA’s “Anthem” took when it was released.

All in all, Marvel’s Avengers does a lot right. Each of its superheroes is unique and powerful in their own way. There’s still a lot to discover as the game has several milestones to be in a gamer’s wishlist. Overall, the Avengers release seems to be still more inclined as a live service, which prevents developers like Crystal Dynamics from creating a compelling narrative. The game-as-a-service makes sense financially for Marvel’s latest release, but it fails to catch the nitty of gameplay. There are lots of bugs we haven’t still mentioned and only a solid update(s) will save the Avengers from going the same road as “Anthem”. The developer’s at “Anthem” had a lack of playable content, making it one of the industry’s worst live game service launches in the year.

Follow us and get the latest news delivered to your timeline!
Betsoft online casinoCrystal DynamicsMarvel’s Avengers
Previous ArticleDeveloper PlayMagic has apologized for the state of the new XIII remakeNext ArticleGrand Theft Auto V is getting a new major expansion, the Cayo Perico Heist