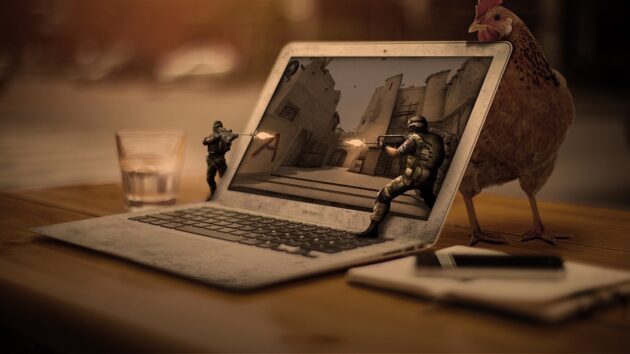 The Counter Strike game is not something new; we all know about this game. Everyone might have played it once, at least in their lifetime. A rich history of multiplayer first-person shooter games, such as the original Counter Strike, supported the 2012 release of Global Offensive.

However, this counter strike is less thematically varied than other well-known games, and its visuals are beginning to mature. Nevertheless, many gamers will appreciate Counter Strike: Global Offensive’s straightforward gameplay and competitive atmosphere, particularly since it’s absolutely free.

All players now automatically get access to Counter Strike’s redesigned Panorama menu. This new user interface provides a much-needed overhaul of the navigation. The complex and burdensome menu systems are no longer present. Instead, the crucial choices are kept in a tidy pile of symbols on the left edge of the screen. Whereas on the opposite side, you may view your online pals. The middle part now features a preview of upcoming shows and your avatars in the game. The Panorama upgrade certainly speeds up and streamlines the user experience. Numerous other game components, such as the inventory selection screen and in-match leaderboards, also use the more straightforward design language, which makes it much easier.

In the typical game style that is the bomb scenario, players have two options to select, either protect or take advantage of a bomb site. There can be up to 15 rounds played before one side secures a majority of victories. The goal is determined by the players’ spawning on either the Counter-Terrorists or Terrorist side. As the game begins, among the bomb sites which are marked on the game map, terrorists must at least detonate a bomb in one place. On the other hand, the Counter Terrorist team must either stop the terrorists from detonating the bomb before the time ends and it explodes. Reaching the bomb site as soon as possible is essential because the defusing procedure takes only 5 seconds, so be quick.

The Bomb Scenario option in Counterstrike is a straightforward but fun variation to the typical multiplayer Shooter configuration that adds a lot of variety to each game. In addition, there is one more game mode that is named hostage. In this, the Counter-Terrorists make an attempt to rescue the prisoner while the Terrorists are supposed to defend that hostage.

Counter-Strike: Global Obsession frequently receives fresh mission-based modes and new operations. As with the May 2017 release of Operation Hydra, Wingman, the game’s War Games, and Weapons Expert modes were added to the list. These modes add new gameplay elements and the option to change the weapons that are accessible and the maps that can be used. Usually, these activities also incorporate a campaign that is story-focused.

The game mode you select significantly determines which maps you can select. However, if you have even the slightest interest in strategic planning or teamwork, you should strive to become as aware of as many maps as you can. It, however, should be easy to get familiar with the maps since they all include a few alternative routes, bomb sites that are well designated, and distinguishable characteristics.

There are a lot of maps to play available in Counter Strike. For instance, the Casual mode presently offers four different lists of maps which are Hostage Group, Dust II, and Sigma, which further have maps under each. The most recognizable of these is certainly Dust II. Other maps are fun to play as well, but they need a little consideration by the players.

Being a newbie, you may need help finding the weapon purchase system at the beginning of each round. Basically, you have a specific amount of cash to spend on weapons and other equipment at the start of every round. You can purchase a pistol and one additional thing in the first round. By taking out adversaries during the battle and, of course, by having your side win, you can earn more money. The losing team receives some money as well, but only the winning team can take advantage in terms of strategy due to the high cost of several guns, grenades, and other gear.

Both teams counter terrorists, and terrorists have access to almost all the weapons, but those that are unique are balanced against one another. Guns in Counter Strike are categorized into five different categories: pistols, submachine guns, shotguns, machine guns, and rifles. The price of a gun typically increases with its power. However, just because a weapon is the most expensive doesn’t mean you should get it. You can always experiment with things. For example, when you need to reload while being engaged by an adversary, having two firearms on you is a great idea.

If we talk about aiming, it is quite accurate; however, the damage system may still need to reach the best standard. In general, you have to hit the opponent multiple times or a lot of times to kill them when you don’t have a gun. More powerful guns also have longer reloading times, which is a drawback. So, keep in mind that the sort of weapon you are carrying will affect how quickly your character moves. As a result, you would be capable of moving more swiftly when carrying a handgun as opposed to a machine gun.

Summing up the article here with the hope that the above discussion over the Counter Strike game review helped you learn about it. Counter Strike: Global Obsession is one of the most recognizable first-person shooter games. Although the gameplay occasionally seems tedious, the new Panorama UI significantly improves its interface. Moreover, since it’s free, you can try it even if you’re not into games. Who knows if you will end up loving it?

Follow us and get the latest news delivered to your timeline!
Counter StrikeCounter Strike gameCounter Strike Game Review
Previous ArticleLoot boxes could be heavily regulated in Australia soonNext ArticleNvidia GTX 1060 loses top spot on Steam for the first time in years