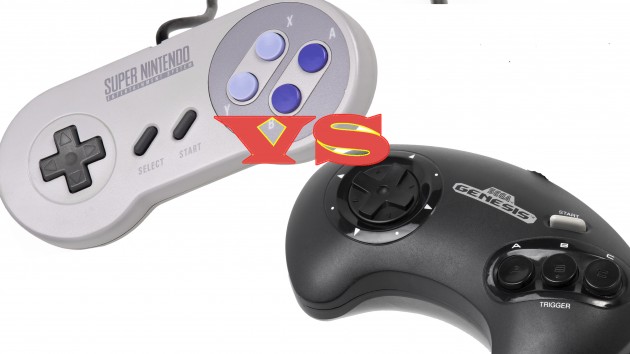 If you were gaming in the 90’s you had an opinion.Wars

Sega or Nintendo, everyone had to pick a side.

There weren’t crossover titles and there wasn’t a real third choice. The debate was heated between even the best of friends. Now the creative team that brought the world Super Bad, Seth Rogan and Evan Goldberg, are joining forces yet again to create a movie based on Blake Harris’ upcoming book Console Wars: Sega, Nintendo and the Battle that Defined a Generation.

Described on Amazon as a “a mesmerizing, behind-the-scenes business thriller,” Harris follows the rise, and fall, of Sega, an obscure arcade company that went head to head with Nintendo, the largest video-game company in the world.

The ensuing battle would lead to the incredible growth experienced by the industry, transforming it into the economic giant it is today.

It is unclear if the film will be a comedy, though Rogan and Goldberg will be both writing and directing the feature.

The book will be available for download this august and the film has only just entered development. There is no firm date for release.

Follow us and get the latest news delivered to your timeline!
amazonconsolemovieNintendosega
Previous ArticleDoes Vita’s ‘Toukiden: The Age of Demons’ Beat Monster Hunter at its Own Game?Next ArticleMetal Gear Solid: Ground Zeroes Drops In Price