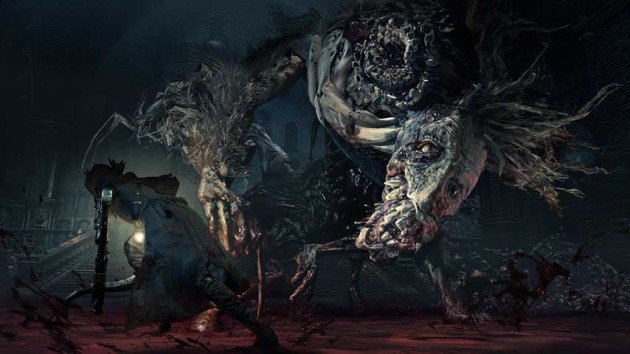 Bloodborne has received a new patch yesterday, Bloodborne Patch 1.09, and while it doesn’t specify exactly what has been altered, the few specifications we’ve been given sound quite promising.

An action role-playing game released for the PlayStation 4 in March 2015 is none other than Bloodborne. This game developed by FromSoftware is a Japanese video game development company founded in November 1986 and a subsidiary of Kadokawa Corporation. It is then published by Sony Computer Entertainment.

The most noteworthy addition in Bloodborne Patch 1.09 is the inclusion of Blood Rocks, the exceptionally rare item used to upgrade weapons to +10 has been added to the insight shop for a measly sixty Insight, the game’s secondary form of currency.

To also help players in their journey to upgrade the new weapons added in the DLC,  they’ve lowered the Insight cost for Blood Stone Chunks from 30 to 20.

Here are the patch notes in full, courtesy of Playstation Japan.

The strength and stamina cost for several weapons has been adjusted.

・In order to trade for the Blood stone Chuck, the necessary amount of Insight has been changed from 30 to 20.
・Trading for the Blood Rock is now possible. 60 pieces of Insight are required.

※ A certain portion of the main game must been cleared in order to access the above.

Several other fixes and adjustments have been made.

Please look forward to the implementation of the newest update.
Thank you for playing Bloodborne. Keep up the hunt.

As mentioned earlier, the Bloodborne Patch 1.09 is quite vague, however, fans have begun uncovering what the ‘several other fixes’ could be. There seem to be a lot of added Blood Gems, as well as some move adjustments for the new weapons. You can find this info here though I’d suggest taking some of this with a grain of salt.