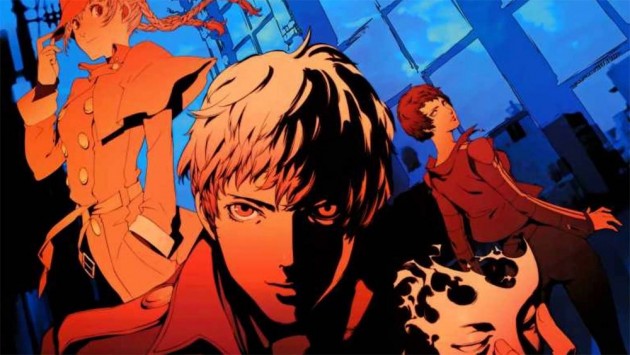 Being a bit hesitant to jump on the bandwagon of any new tech update (and also being a huge cheapskate), I’m still holding on to my good old PS3 with a vice grip. ‘I’ll buy one when Uncharted 4 comes out,’ I assure my weary friends after they question my life decisions, new copies of Dying Light perched securely in their hands. Yet behind my characteristic thrift lies another reason for my hesitance: I’m just not excited enough to buy one.

That was, at least, before I saw the new trailer for Persona 5 (you can check it out below in case you’ve missed it). Please excuse me while I do some online shopping. Of course, Persona 5 is also coming to PS3 but what I watched was unmistakably next gen, and now there’s no going back.

Those of you who know and love the Persona series, in which certain people can create beings called Personas to protect them from danger, will probably empathise with me after seeing it. Essentially Persona is a turn based RPG, where the strength of your relationships with NPCs reflect the strength of your character. It’s always been a cult classic.  Big in Japan, with a relatively small, but loyal, following in other countries, the Persona games in their various forms have always retained a fantastic sense of humour and explore the theme of personal identity, as well as revolving around a mystery plot.

For all the series’ merits, the fact is that we’ve been waiting one hell of a wait. Apart from a series of (admittedly enjoyable) Persona 4 spin off titles, we haven’t seen a true sequel since 2008 when Persona 4 was released, meaning that game creator, Atlus, have a lot of patient fans to please.

Here’s my list of reasons why Persona 5 is in fact worth the wait, using observations from the new gameplay footage.

You don’t even need to know what Persona is.

You really don’t. These are new characters in a new setting, no doubt with a new mystery to solve. Persona 5 looks like it’s going to draw in new audiences as well as bring back loyal fans of the series, which means fans of the series can introduce their friends to the franchise with what looks to be an accessible introduction to this classic RPG. If you need any convincing to give it a go, just look at that amazing HD Catherine-style animation art that the whole thing is presented in. It’s okay if you judge this book by its cover.

We’re out of the dungeons!

These environments are colourful and lively. In the previous games, the dungeons (or grinding areas) looked more like randomly generated mouse traps than actual levels. The trailer shows real, dynamic environments, filled with enemies that fit the theme of that environment. Dungeon crawling is inevitably going to be a part of the game, but these scenes hint at a new possibilities. Possibilities that hopefully lead to a less tedious grinding experience.

Signs of effort can be seen… everywhere.

Did you see those menus?!

There’s action outside of the turn based battles?

There’s a short scene around one and a half minutes in that shows the main character stealthing around that lush hotel/palace area. That’s not typical Persona dungeon crawling. Is it just a new feature to the combat? Or are Atlus planning introducing something different all together. The new hero looks incredibly like some kind of master thief/cat burglar/ masquerade enthusiast, so does this mean we get to stealth around and steal things? There’s also the fact that all the characters are very acrobatic in the trailer, which could also signify a possible new element in the game.

There’s something wicked about our new hero

If you watch all the way to the end you’ll see our hero’s manic smile and his face being engulfed in blue flame. Considering the fact that previous protagonists have taken a form more like blank canvases for you enact your choices out with, a character with a strong personality, let alone a kind of menacing characteristic, would be a refreshing change.

Did you catch anything revealing from the trailer? What would you like from a new Persona? Leave your comments below.

Follow us and get the latest news delivered to your timeline!
atlusJapanesePersona 5Persona 5 trailerps3ps4RPGtrailer
Previous Article7 Days To Die – How to Survive Your First NightNext Article5 Reasons to be Excited for Metal Gear Solid V: The Phantom Pain