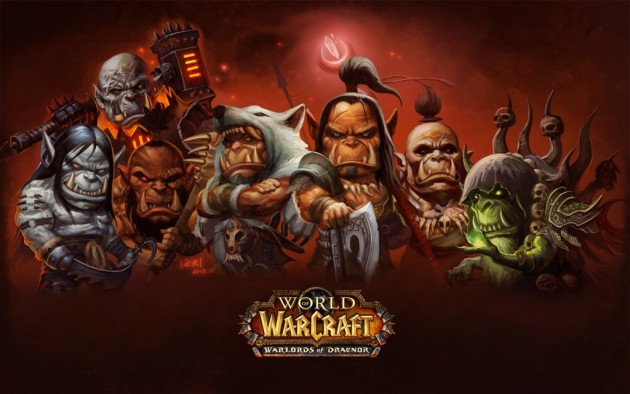 On Wednesday the 24th of June the next patch in Blizzard’s flagship MMO’s latest expansion, Warlords of Draenor will go live.

Patch 6.2, deigned by Blizzard ‘Fury of Hellfire’ aims to satiate the swelling appetites of the plethora of players who find themselves sitting on their hands at level cap, but how will they attempt to do this?

Take a look yourselves at the very Gul’dan-heavy Patch trailer:

After the grunting and growling Orcs are done grunting, growling and making things explode, Blizzard gives us a look at a few of the features that will be introduced in the new Patch – so, what does the small-nation-sized World of Warcraft player-base have to look forward to come June 24th?

Garrison Shipyards are the first thing shown in the Trailer – created with the goal in mind of countering the warped remains of the Iron Horde’s naval warfare, the Shipyard serves as the first major construction expansion onto your Garrison and allows you to exert your control over a whole new, very watery domain – the seas that border the illusive Tanaan Jungle.

Available for those who have reached Level 100 and already have Garrison Level 3, this expansion will give those who are just running the monotonous daily chores of their Garrison and yearn for a sparkly new one to undertake.  Allowing you a great measure of control over what you do with your sea-based forces, including customizing your crew and choosing what vessels to deploy in order to counter the vessels you’ll be facing, the vast blue expanse between you and Tanaan Jungle will soon be yours for the taking.

Which brings us squarely to the next feature in the trailer – the much discussed and desired, Tanaan Jungle.

A brand new Level 100 Zone – accessed through a series of quests in your Garrison wherein you set up an aforementioned Shipyard and ultimately establish a forward base to storm the Jungles from – as you’re used to by now you’ll be undertaking chapter-based quests within your Garrison that send you deeper and deeper into the zone as the story within it unfurls as well as earning you more resources for your base.

With more rare creatures, treasure and an entirely new zone to discover and area hubs with intimidating names like ‘The Felforge’ and ‘Kil’jaeden’s Throne’, players have a lot to look forward to with Tanaan Jungle – and that leads us straight into the final thing shown in the trailer before it returns to the flashy cinematics of Orcs being scary and Orcish. In the heart of Tanaan Jungle, the Hellfire Citadel Raid.

The grand, looming spire. Home to uncountable twisted and malformed Fel horrors and the dark, sinister minds that composed them – a threat to Draenor and Azeroth – Hellfire Citadel sets 10-25 players against multiple areas chocked full of bosses. Beginning in the Iron Bulwark and eventually culminating in a climactic showdown with Archimonde himself in ‘the Black Gate’. Hellfire Citadel aims to be a fan-pleaser with Lore callback bosses such as Mannoroth.

With all this and much, much more on the way come this Wednesday – such as new armour, pets and a new feature entirely called ‘Timwalking – fans are biting their fingernails at the tantalizing prospect of more content to romp their way through.

Follow us and get the latest news delivered to your timeline!
6.2BlizzardFury Of HellfirepatchWorld of WarcraftWoW
Previous ArticleMaybe the Final Fantasy 7 Remake Is a Bad IdeaNext ArticleKilling Floor 2: How to Roll Faces as the Commando