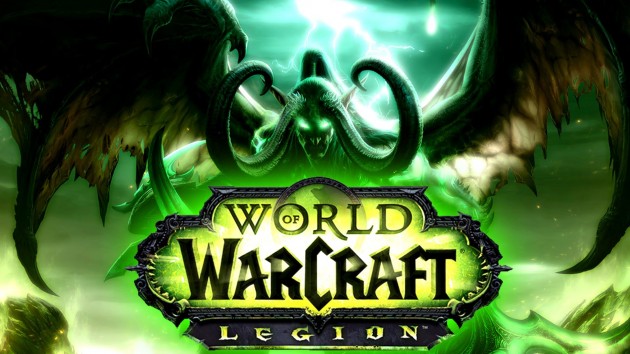 After an astounding Legion release, World of Warcraft’s subscriber numbers surged up to one of their highest peaks. The expansion itself was one of the greatest yet in the history of World of Warcraft, adding and recreating some of the most fun and interesting things to do on Azeroth. The addition of world quests, a class hall and the next ten levels of life in World of Warcraft give players, young and old, things to do in the game daily that revitalized the drive to log in and play. Six months after the expansion’s release, it’s time for the newest raid instance to come out: The Nighthold.

The Nighthold is the third raid instance to be released in this expansion, and will currently reign as the longest raid with eight new bosses to kill and loot. This instance will be found in Suramar, home to the once-fading Nightborne. As you progress your character to unlock the new raid, you’ll give life back to this trapped and starving race of elves, and help them thrive in the new world on the Broken Isles. You find out that the terrible Gul’dan, a fel-powered Orc who’s bent on destroying all of Azeroth with the Legion, has taken up residence in The Nighthold. The once grand structure that it was, The Nighthold was a testament to the achievements of the Nightborne. It was created around the Nightwell, the source of power for the Nightborne and the only thing that kept the race alive when their world was crumbling around them. Gul’dan means to seize that power, and only you can stop him.

Well, you and 19 of your closest friends. Like all WoW raids, you’ll need your friends and guild mates to help you take down the evil that’s within this fortress of the Nightborne. Not only will you have to fight Gul’dan and those that support him, but The Nighthold’s own defenses as well. Battle a giant scorpion named Scorpyron that guards the secret entrance you’re using to get inside. Once you dispatch him, you’ll be fighting entities of the very Nightwell itself, a being made of pure leyline energy and a construct that hasn’t had a good fight in many years. After you breach the defenses and creatures of the instance, you’re on to fight those that are drunk on the power of the Nightwell and the fel-energies of the Legion. You’ll even get to fight against well known demons like Tichondrius and Krosus, the giant colossus that you fought at the entrance of the Legion expansion. This fantastic run ends with Gul’dan himself, and he’s not going to go easily.

Having a new raid is a fun and exciting way to get your entire World of Warcraft family together. After you’ve dominated a previous instance and all the loot you could ever need was acquired, it’s fairly usual that players would start to dwindle, interested in other games until something new comes along. That very moment is now, and the release of The Nighthold has brought the World of Warcraft family together once more. It’s an exciting time as you head into a new place that you’ve never been before, fighting giant bosses that you’ve never killed and winning loot that takes your character’s power to new heights. An expansion release is fun, engaging and helps you get to know who you are as a player, but as the year goes on, it’s the continual addition of new content, like raids, that have kept players engaged for all these years in World of Warcraft. As they celebrated their 12th Anniversary this past November, you know that Blizzard knows what they’re doing. Here’s to another 12 years of adventure, excitement and nerdy online family.

Follow us and get the latest news delivered to your timeline!
BlizzardexpansionGul'danIllidanLegionMMORPGWorld of Warcraft
Previous Article10 Characters that Need to Be in Marvel vs. Capcom – InfiniteNext ArticleRUMOR ALERT: Bethesda’s Elder Scrolls VI Project on the Horizon?

Katia Skysis
A hardcore casual gamer. I love to play a huge range of video games, even if I'm terrible at most of them!