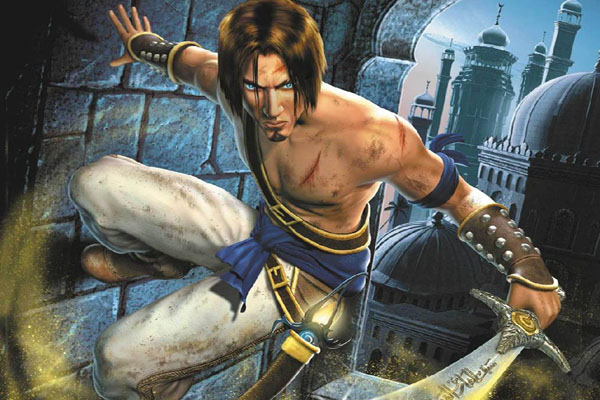 I wistfully remember you, back in your salad days, bounding over bottomless pits with all the grace and youthful vigor of a gazelle. You’d deftly avoid having your gonads punctured by one of those darned spike traps, dispatch a traitorous guard or two, then swagger back to your palace to charm the women of Persia.

Charisma, that’s the word. From those baggy desert-pants to that utterly craptacular little goatee, the Prince was the man. The quiet and unassuming yet effortlessly badass man. This was the Prince we met in 2003‘s series reboot, Prince of Persia: the Sands of Time. It was not, sadly, the Prince that appeared in its sequel, Warrior Within.

In this second release, our hero was beset by what I dub ‘Sonic syndrome.’ This is characterised by a desperate attempt to appear ‘cool’ and ‘edgy,’ and generally exhibit as much irritating attitude as possible. As such, the intro to Warrior Within treated us to gloomy backgrounds, horrific metal music, mucho swearing, and a slow-mo shot of the practically bare ass of our lady-pirate enemy. About five minutes of it. The combat took a disembowel-ingly violent turn, and the whole thing was infinitely darker than the beloved Sands of Time.

Dignity? Nope. Charisma? Nope. And in terms of ‘coolness,’ it was about as cool as an elderly bespectacled maths teacher wearing a baseball cap backwards and attempting to rap along to Eminem’s My Name Is.

Follow us and get the latest news delivered to your timeline!
Previous ArticleGaming Clichés We Couldn’t Live Without: Aliens Do Not Come In Peace. EverNext ArticleWhat Did Video Games Teach Us in 2013? #1: Wonder Trade is Not Wonderful. At All