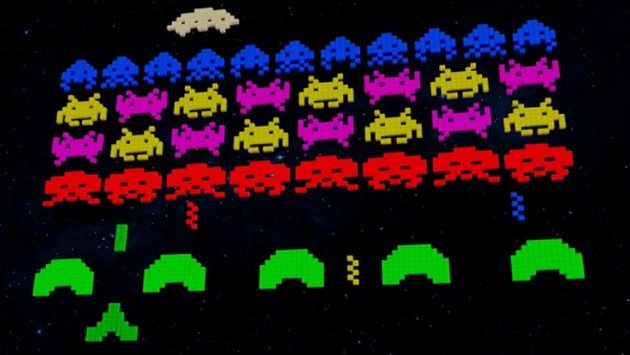 Video games have come a long way since they first debuted, thanks to industry innovators constantly leveling up.“If I have seen further it is by standing on the shoulder of giants” a quote famously attributed to Isaac Newton rings true throughout the ever changing industry of online games. The things that inspire video game developers are many and varied, but no one can discount the impact that all the games we’ve played before has had on the development of the latest and loveliest games available.

For purveyors of groundbreaking online games for girls like Prinxy, this inspiration from decades of video games before has had a noticeable and highly enjoyable impact, creating some of the most unique and delightfully interactive online games that are played today. All thanks to the innovations of those before us, among us, and those yet to come.

Beginning to End: What Games Have Taught Us Overtime

Even though the things that we would immediately associate with video games began development in the early 1950’s, it wasn’t until the 1970’s that video games really  took hold. Pre-70’s most video games were PC based and largely only played by top scientists at prestigious universities like M.I.T., where the computers were largely controlled by punch cards. Once the 1970’s brought about the joystick controllers however, the game was changed forever.

Arcades brought video games to everyone who wasn’t lucky enough to own one of the expensive and wildly futuristic at-home console systems. The large, coin-operated behemoths with then nearly unheard of colorful, 8-bit, 2 dimensional graphics captured the mind of young and old alike.

By the time the 80’s rolled around, arcades were a main staple of youthful memories for many. Spending hours begging coins off your parents, just go and drop them into the ever increasing variety of arcade game titles. Using the iconic Space Invaders as a guide, video games had a new paradigm. Limiting game time with the concept of “lives”, gaining points, and tracking high-scores became the norm, creating more goal oriented systems of play. From these humble beginnings a number of shooting style games began to flood arcades. PAC-Man and Donkey Kong  were wildly popular titles that utilized many of the game rules of the shooter games, but instead focused on a main character and began to develop the concept of backstories and use different in-game strategies like timing and maze navigation.

Towards the end of the 80’s at home consoles began to normalize and became more affordable. The era also ushered in the concept of handheld gaming, with the original Gameboy, playing off of Nintendo’s incredibly popular home console. Further in graining video games into our lives.

The accessibility of video game consoles, both at home and hand held, only continued to swell throughout the 1990’s. Marking a decade of extreme and radical innovation in the gaming industry. Arcade popularity began to decline as more and more consoles and handheld units were made available to the wider public. The 1990’s saw the transition into 3D graphics and the introduction to some of the biggest names in video game consoles today- like Playstation, Sega, and major PC titles like Doom, Duke Nukem, and Wolfenstein.

Toward the end of the 90’s, video games continued on an upward trajectory of permutation and novelty, with the invention of first person shooter (FPS) games, role playing (RPG) games, and turn-based strategy (TBS) games. All genres that are ever present in some of today’s best online games for girls.

The 00’s continued to build on the titles of the decades prior, coming out with remastered and improved functionality of the games that made such huge impressions on the gamer community. Computer and PC games became incredibly popular, specifically as internet connections brought hugely popular MMOs (Massively Multiplayer Online) and other internet based cooperative sensations to the table. The 2000’s also saw the emergence of one of the world’s most popular consoles to date: Microsoft’s Xbox. Using traditionally PC technology to push the functionality of the console further than most other consoles were capable of at that time.

Releases of titles like the Halo  series and Grand Theft Auto III changed the way the industry began to cater to gamers themselves, focusing more on open world game play and non-linear storylines. While console and PC gaming adoption soared across multiple platforms, handheld gaming was still a market largely cornered by Nintendo. Mobile phones began to dip their toes into the video game sphere with virtual pet programs and the classic Snake game, but it wasn’t until later that mobile gaming would begin to resemble what it is today.

Scrolling through the decades, it’s easy to see how contemporary gaming transformed into the wide, wonderful, multi-platform world that it is today. PC, console, and mobile phone games continue to pump out exciting titles and divergent controls and game premises. With innovation still on the rise as the industry begins exploring new niches and genres. Like creating better online games for girls, with strong female leads and a wider variety of age-appropriate storylines and character arcs. The development industry itself is changing too, with better across the board representation of females, minority groups, and LGBTQ+ communities finally making their way into the basic structure of video game creation.

New platforms are being explored, like virtual and augmented reality. Cross console titles have expanded into online gaming spheres.

Follow us and get the latest news delivered to your timeline!
Best Online GamesBest Online Games for Girls
Previous ArticleAtlus to ditch PlayStation exclusive business model after Persona 4 PC successNext ArticleBattlefield 6 is targeting 128 player lobbies and a battle royale