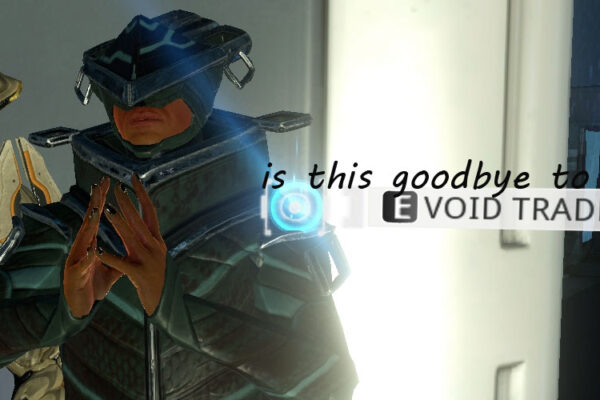 Baro Ki’Teer, the void trader that travels through the solar systems to bring back items to swap in return for ducats and credits, could very well be retiring.

There isn’t much official word from DE regarding it, most is just speculation from the playerbase in response to their latest devstream, but there is a very good chance that we’ll be saying goodbye to this brave void trader. His timer has been removed from the PC version when trading items in for ducats which doesn’t bode well for our friend.

His timer is still on the console version though so it might be a case of him being removed from the next PC update and when the consoles get to that specific patch then he will be removed console as well. We will soon see the outcome!

Still, it’s a little bittersweet saying goodbye and I’ll be posting an update when there is official word. In the meantime, for those on console you best stock up on ducats and buy whatever he offers just in case, though most of his wares will probably become sortie rewards.