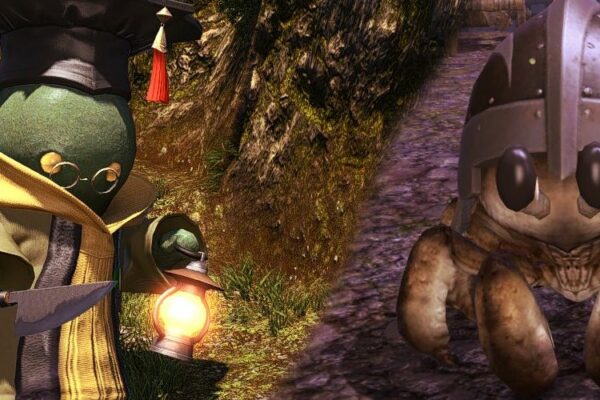 So, you’re a new adventurer just wandering about the zones in Final Fantasy 14. Maybe you’re questing, or perhaps you have decided to do some mining or gathering in Final Fantasy 14. It’s a low level area so you feel safe enough to stroll on through without a care in the world.

Until you see that level 50 mob right in front of you. If you’re lucky, it’s got a blue symbol and you’re safe. It won’t aggro you until you aggro it. If you’re unlucky, well, chances are you’ll be lying face down on the ground with a total of zero health. Oops. The red symbol means it’ll aggro you on sight. And most pack quite the punch!

Hunts are back with a fury in Heavensward as you need the new tomestones at level 60 for the new armor and jewelry in Final Fantsasy 14, and the new Centurio seals are used to upgrade it. Is it worth doing? Well, in a way yes. You do get more seals from hunts than you do from the clan board(which that entails hunting specific world mobs for experience and 3 seals apiece at level 1 hunts). The seals cap at 500 so be sure to spend before you hit or risk missing out.

There is some hunting etiquette out there that will make the life of a hunter a little bit easier and less stressful(hopefully!). Defeating a certain amount of hunt marks in specific zones will also yield ingame achievements, and some titles come from defeating ex amount! Pretty nifty.

Here is the unspoken ‘rules’ of monster hunting. I use the term very loosely as some are not rules persay but tips to help maximize your ability to get full credit on mobs.

B ranks are not usually worth going after once you’ve done your weekly hunt. They don’t award any tomestones or seals apart from the weekly hunt bill. That doesn’t mean you can ignore them – others might be on the lookout too.

If you can, join a hunt linkshell. There are plenty out there and if you let it be known that you’re in need, you’ll find yourself invited into one or more.

Do not ninja pull. This is a surefire way to get you blacklisted. Pulled accidentally? Just say sorry and move on. Sometimes, especially on PS3’s, the monster doesn’t render right away so getting too close without knowing happens. If you do this intentionally, you will be kicked from any hunt linkshell as well as blacklisted. People take monster hunting seriously.

You will miss hunts. Sometimes it gets pulled before you can make it. Don’t let it get to you too much. Shouting and verbally abusing others will land you in trouble with a GM.

A good way to get enough credit for full seals/tomestones is one; joining a party and two; going white mage. Throwing a couple of stones or some holys and then spam medica II. Not only does it build aggro, thus contributing(and attacking a couple of times ensures your participation), but spamming medica II heals everyone in the party. Which is good. But it also allows others a bit more time to join in and get credit.

Also, for healers, is there is status effects in Final Fantasy, try to esuna/leeches if you can. Some debuffs cannot be dispelled and in that case, keep healing. You might need to throw out a revive or two just in case(have I mentioned the big marks pack a nasty punch?).

You can do this on tank jobs but attacking and using all of your aggro generating abilities. As for DPS, just go wild. With a combination of all three, you should get full credit, even if you’re late to the fight!

Don’t just join a hunt and scout party and not be prepared to scout for the marks. Leaving the rest of the party to scout while you sit idly by isn’t very fair.

As of patch 3.0, you can now teleport whilst on a mount. This makes it a little bit quicker since you can teleport to a zone and start moving rather than having to mount up. If you’ve unlocked flying in the new Heavensward expansion zones of Final Fantasy, it makes it even more quicker as you can avoid the ground terrain.

Have fun! If it stresses you out too much, take a break. This is a game and we all play games for fun.