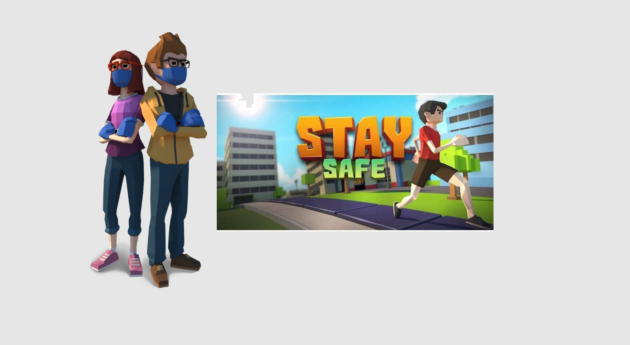 For enlightening the precautionary steps to live a safe and stable life in Dubai, the police department introduced a new online video game. The main reason for launching this game was to promote the insights of COVID-19. This game also focused on showing the necessary safety precautions like using masks and gloves. Another goal of the game is to promote understanding of all the positive traits. Along with this, the game also focuses on negative attitudes and actions. It is important to make it clear to everyone.

Moreover, the online video game Stay Safe includes a variety of entertaining contexts. This covers widely performed behavioral patterns. Almost 48, 153 gamers from different countries appreciate it a lot. Not only for gamers, but this game has a positive effect on social media users too. On social media, videos based on this game have gained millions of views by its release in just 15 days. Approximate Views on the videos based on the game are 11,440,344, including 1.6M YouTube views and 7,288,818 Facebook views. Moreover, the Twitter posts got approximately 252,781 views over the same period.

Why it is unique?

Stay safe is a unique online video game designed to promote public security and protection awareness efficiently. It is available in five different languages such as Arabic, English, Indian Urdu, and Filipino. This game describes the spreading of the virus from one person to another and focuses on the significance of washing hands, using face masks and gloves, and preventing going into crowds. By playing the online video game Stay Safe, you can improve your communication skills for properly interacting with the public. The game’s content is developed by The professionals who develop games’ content has a purpose to serve the nation. They want to help people understand behavioral patterns in society. Your time and hard work will be minimized as well as you can still have fun by playing the game.

Artificial Intelligence and the game

In Dubai police, the general director of the artificial intelligence and smart services department, Brigadier Khalid Nasser Al Razooqi, mentioned that the online video game Stay Safe highlights the significance of promoting awareness among the public community. Moreover, he also stated that using online video games as educational games is a very productive process. Irrespective of race, age, nationality, or ethnic group, the game can cover a larger section of society since everyone has their mobile phone to run. Further, he said that by making the correct decisions, players could earn points in the game and try different results by the retry option offered by the game.

Then Deputy Director of Al named Colonel Hussain Bin Ghalaita in Dubai police explained that the virtual technology institute created the game completely. It went on to explain by the investigation of games which are based on learning and education by Dubai police. Earlier, by Turbo League and Dubai Drift or many other games downloaded by Apple or Google store over 33 million times, Dubai police had researched the educational games and their influence on the public community.

Follow us and get the latest news delivered to your timeline!
Previous ArticleGTA: The Trilogy ugly rain has been fixed by the modding communityNext ArticleA Guinness World Record Holding 9-foot tall Video Game Atari Joystick