Microsoft, Bugs Bunny, and LeBron James. That’s probably not a set of names you expected to see together but here we are. As part of Space Jam’s marketing campaign, Xbox wants franchise fans to create a game for them. More specifically, they want an arcade styled retro game in the style of many 80s classics.

The new competition has some official rules that you may want to read over. The general idea though is that you send in a proposal with the genre, a key image, and a short description. The description of your game proposal must be less than 500 words to be eligible. 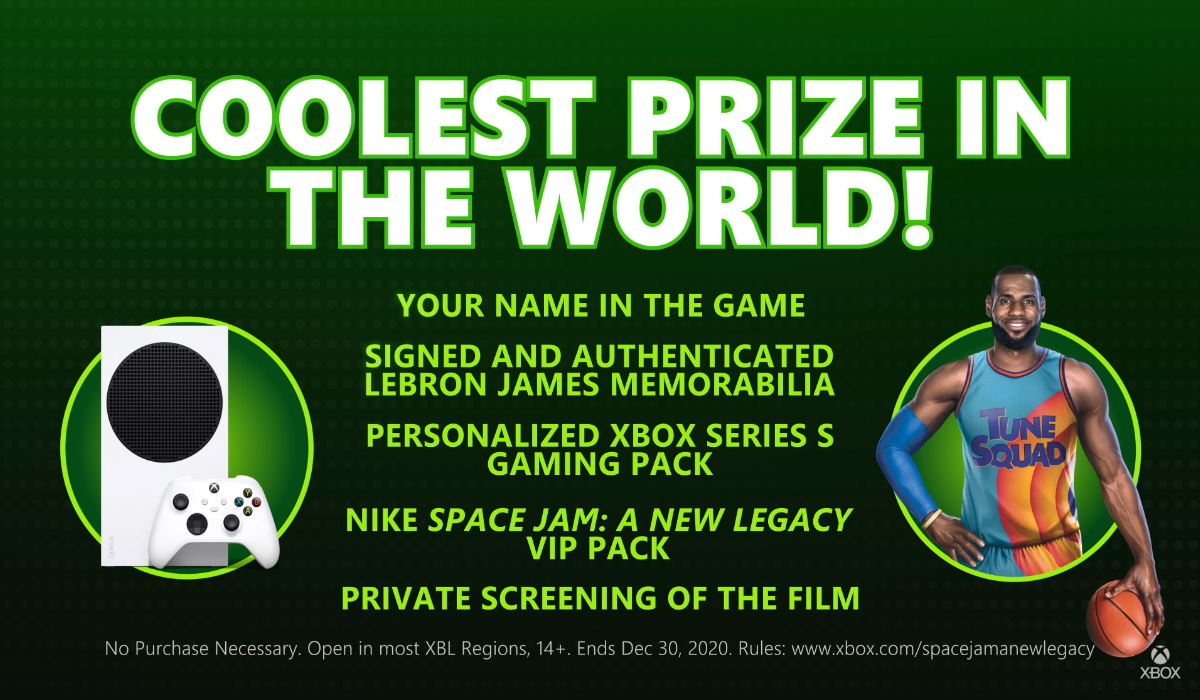 A New Legacy is the sequel to the original 1996 classic film Space Jam. The premise sees a team of basketball stars have their powers stolen by evil monsters. Back then it was up to Michael Jordan and his Disney cast teammates to get them back. But the sequel is a little different focusing on LeBron James and his son Bronny.

Having the opportunity to create your very own game is not something many people get to do. But two lucky winners of this competition will have their proposals brought to life. They will be converted into mini-games in the official Space Jam: A New Legacy game releasing next year.

Also, competition winners will have their names added to the game’s official credits. And if that’s not enough for you, there’s even a set of LeBron James memorabilia up for grabs. Even sports brand Nike are getting behind the campaign and offering various goodies for would be winners.

The announcement rounds off by confirming that Microsoft and Warner Bros. have “more exciting news,” in the works. So be sure to keep an eye out for any future updates on Space Jam game if you’re interested. As for the movie itself, that’s set for a July 21 release in cinemas.