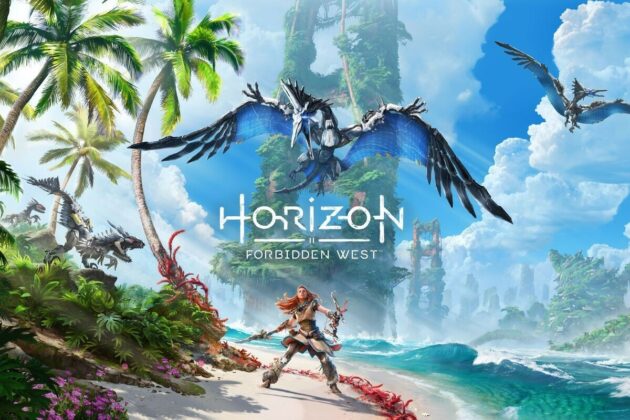 In a recent PlayStation5 developer’s blog, Guerrilla Games disclose all the new details about Horizon Forbidden West. They also disclose the new skills of its main character ‘Aloy’. And with the help of her new toolkit, she can fight with the new machine enemies. The toolkit includes melee, climbing, swimming, weapons upgrades, and more traversal methods.

Horizon Zero Dawn is famous for its climbing and gorgeous open worlds, archery and stealth gameplay, as well as terrifying robot enemies. Guerrilla looked to extend these elements in the video game, reveal new details about Horizon Forbidden West. While paying attention to the way players travel through the ruins of an overgrown landscape. The dev blog provides context for some of the play footage shown in the reveal of the 14-minute gameplay. And it was first shown at the Sony State of Play in March. The blog’s latest version is full of a lot of fun information and gameplay footage.

The community leader of Guerrilla Games, Bo de Vries describes, “Aloy can climb freely and over vast sections of rock”. Even more, machines are able to mount or grapple points all over the place that permits a fast vertical traversal. Underwater swimming opens up a new way of exploring. And gliding on the Shieldwing gives you the best experience of the breathtaking landscape, one of the interesting new details about Horizon Forbidden West — as well as a quick way to descend from high altitudes!”

Few of the new details about Horizon Forbidden west:

“We’ve put an enormous amount of effort to create more variety for players”, states Dennis Zopfi, the designer. We are eager to see how users will be playing. The different skills, weapons, and equipment that Aloy can acquire. All reveal in new detail about Horizon Forbidden West.

Follow us and get the latest news delivered to your timeline!
Previous Article10 Best Upcoming Games of 2022Next ArticleSan Andreas Remastered HD Texture pack adds what Rockstar won’t