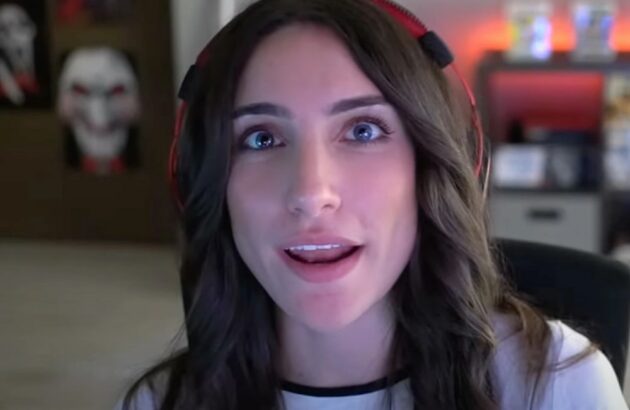 Popular Twitch streamer Nadia Amine was recently suspended from Twitch. Her ban was given for doxing an individual who donated to her with a hateful message. This act got Nadia a two week ban on Twitch but it didn’t last long.

Within just a few hours of the ban being handed out Twitch has already lifted it. Nadia’s Twitch channel is once again active and she is free to stream as she pleases. Many users are surprised to see the ban lifted as the Twitch’s rules clearly state that sharing personal information is not allowed. More specifically, content creators can’t “someone else’s sensitive data without their permission,” a rule Nadia clearly broke.

Nadia’s ban on Twitch became the center of attention when fellow Twitch stream Asmongold commented on it. The popular World of Warcraft streamer stated outright that Nadia should have received a permanent ban for doxing. Following criticism of this stance Asmongold doubled down on Twitter and stated again that she should have received a “a permaban without even a question”.

Incredibly, Nadia herself has yet to acknowledge the legitimacy of the ban or apologize for the incident. Her only response was a sole Tweet that reads “Got banned on Twitch for 14 days for sharing personal information? Whatever that means. Cool”. That response doesn’t exactly come across as apologetic but rather that she feels as though the ban was unfair. 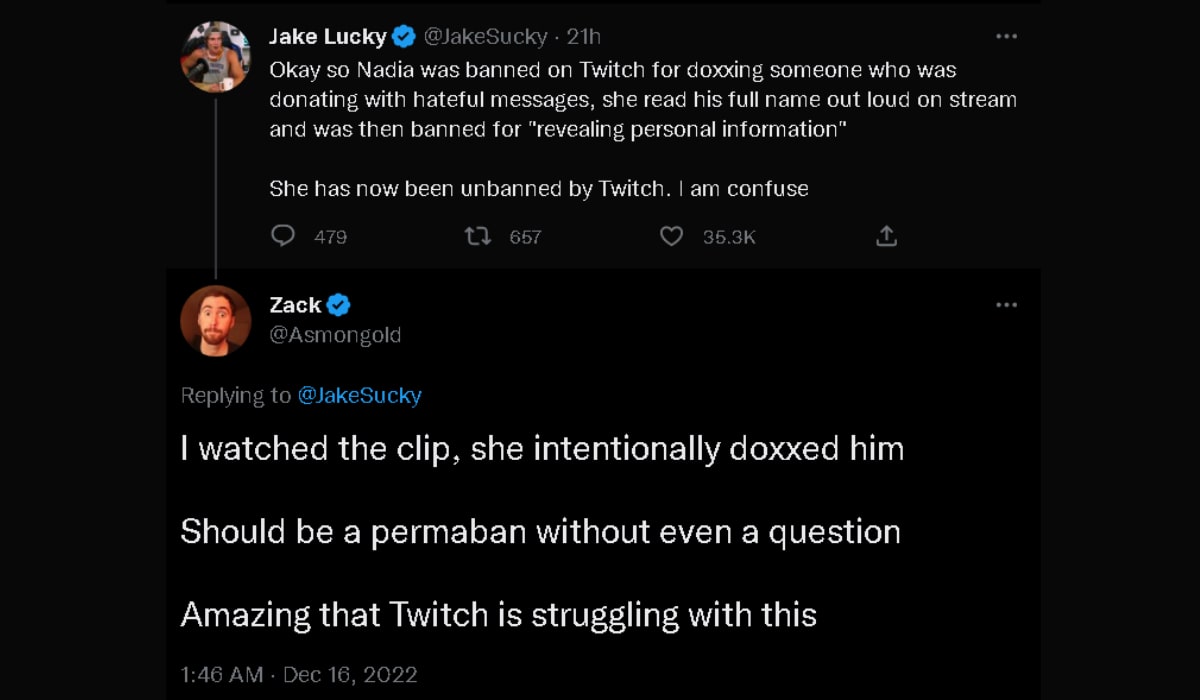 Seeing Nadia have her Twitch ban lifted isn’t too surprising. Despite the severity of her actions Twitch has a track record of letting its streamers break its rules. Several streamers in the past have had bans lifted for creating adult content on stream and the use of highly offensive language. Twitch’s reasoning for lifting bans so often is unclear and an official reason is rarely if ever given.

Follow us and get the latest news delivered to your timeline!
Nadia Aminenadia twitch banNadia’s Twitch channelTwitch streamer
Previous ArticleThe Last of Us: Part 1 will run on Valve’s Steam DeckNext ArticleAssassin’s Creed China gameplay has leaked and it looks great