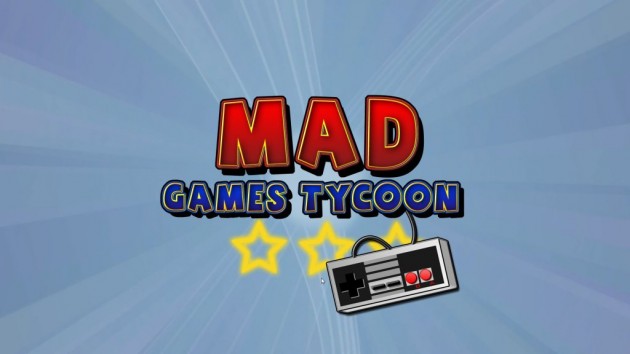 Well, since we’re all gamers here, I am sure that the prospect of actually playing a computer game that allows you to create games and build your own game development and publishing company is almost like a dream come true. Mad Games Tycoon does just like that (and does it a lot better than Game Dev Tycoon – has to be said because everybody compares the two games), but it also proves that it’s not always easy to make it in the video gaming industry.

I am here to share with you a bunch of Mad Games Tycoon cheats and tips – actually, more of tips and tricks than actual cheats – that will help you build the ultimate game studio, get the best possible scores and get the most out of the game on all difficulty levels (even though a separate guide for the almost impossible Legendary is coming). So let’s not waste any time and let’s move on to check out some Mad Games Tycoon tips and tricks!

1. Build your Research room ASAP
Probably the most important thing that you can do early on is to get a research room as soon as possible and start researching all the available features. When you have 4-5 of them, develop your first game engine and try to stick to the Arcade/Skill genre because those are unlocked by default. Also sell your engine on the market – go for a low acquisition price and don’t go over 15% of the profits. You will get regularly, even though quite randomly, some extremely useful extra cash from people using your game engine.

2. Keep developing game engines
Except from the fact that you will get to use your own game engine and not pay the huge amounts for purchased engines (they will get to over 40% of the profits!), you will also make some nice money from companies using them. Developing 8-10 engines and keeping the profit share at 15% is the way to go (I usually go for 10% to make sure that I max out the companies using it) should be enough. Make sure you pick popular genres (go for real life experience in this case) and you have the latest features unlocked.

3. Don’t rush the game development process
Unless you’re playing on easy, you will have a really tough time developing your games and actually making a profit. So don’t rush here – wait for the right time and do as many contract works as possible, focusing on getting them done on time. Grow your character and slowly you will be able to develop great games.

4. Mix the genres correctly
Or don’t mix them at all! An arcade-skill game might work, such as a strategy/sim combination, but don’t try a FPS/Strategy game – the history has proven that it doesn’t work. I ended up going for one single genre in most of the cases, but early on it’s good to mix and match in order to three star all genres. There is no need, though, to try and max them all out: get a bunch and focus on developing them – even if they’re not trending and popular, you can still develop games that will have a ton of success.

5. Numbers matter
Early on, you will be enough to develop a game in a timely manner, but slowly you should work on building up your team and increasing the numbers, otherwise you will have to wait way too long to develop games. I personally build two development studios and here is my approach:

I build the second development studio as soon as I have the money and go for two-person teams. I also keep two researchers, at this time, and after a few discoveries, I switch the researchers to developers because researching is, in my opinion, the best and fastest way to train your people. I either add a third game developer to each team as soon as I can afford it, or directly switch to a 4-people team when I get a larger office.

As soon as you unlock the AAA game, you will need 8 people working on such a project in order to complete it in a timely manner. Get your best people in the development team for the big projects, and you can still have the secondary team developing lower quality games and upping their experience. In the end, two 12 person teams should be enough.

6. How to increase your game sales?
There are a few methods to increase game sales and they are pretty obvious: marketing campaigns are the easiest way – the more you spend, the bigger the effect you get, but have in mind that low quality games won’t sell as well even with a ton of TV ads. Updates also give you a boost in sales, but don’t release any of these too late after the actual launch of your game otherwise the effect will be minor. I personally start working on an update as soon as the game is launched – this gives it a nice bonus early on.

7. Extra quality for your games
As soon as you have enough room for that, add two Sound and Game testing rooms – one for each of your development studios. These will boost your game quite a bit and you should have them working at all times to increase the stats of your titles.

8. Delete rooms you don’t need
Eventually, the research lab will become obsolete. The bathroom you have initially built might be too large. Don’t be afraid to delete the rooms and replace them with better ones. Perfectly optimizing the space is key if you want to maximize profits, especially later on when you will need game servers and production units.

9. How to choose your publishers
The more stars a publisher has, the better. However, I believe it’s more important for them to match your game’s genre. So don’t try to release a strategy with a publisher whose core audience loves fighting games because you won’t be able to get as many sales as you would if you matched the genre. Choose the same publishers over and over again to build up your trust and get more marketing for your games.

10. Remember the platform popularity
Even though all popular genres and topics are randomized each time you play, the popularity of each console is not (unless you specifically choose that option). In other words, once you know which are the consoles with the biggest market share, you know them for all upcoming games: a good advantage to plan your upcoming releases!

Rinse and repeat, train your staff and you will soon start to release games in the 90s score range and get a ton of awards and money. The beginning is difficult, but once you get the hang of it, everything becomes easy!

Do you have other tips and tricks – or maybe questions regarding Mad Games Tycoon? Let us know by commenting below