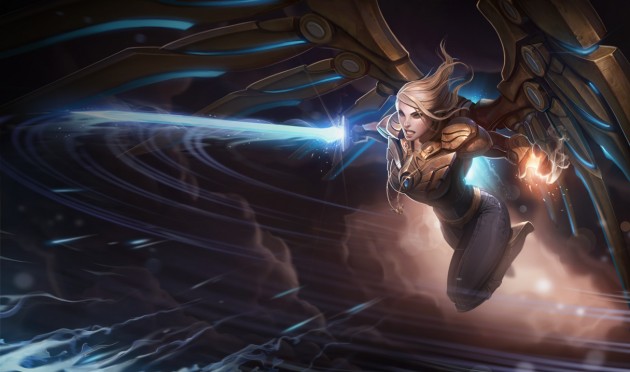 The Judicator of League of Legends is a multi-role champion that can serve basically any purpose with distinction. Kayle is mostly used as a mage in top and middle lanes but there’s another role she’s particularly good at. Supporting with Kayle is surely out of the mainstream trends but it doesn’t mean she’s an unwise choice. Kayle is extremely versatile and she can be built in multiple ways according to players’ choices. Besides, she has an incredible skill utility and counter-engaging commands.

Reckoning is one of the most powerful slows in game and it can be used in an offensive or defensive way. This skill can reduce the movement speed of a single target up to 55% during three seconds. It might seem quite short but it’s not. In fact, this spell can pick up kills easily if Kayle is moving with other allies. But that’s not all, if the enemy team decides to engage she can simply nullify one of them with this effective slow. At least during three seconds, one of the four enemy champions won’t be able to pursue allies. 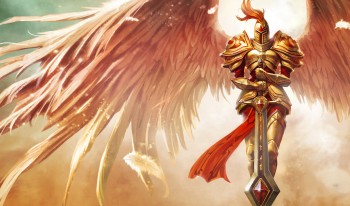 Kayle is able to provide continuously assistance during the lane phase through Divine Blesing. This ability recovers a small amount of health and gives a minor mobility boost for three seconds. Since the cool down is relatively short, Kayle just needs mana regeneration to keep this spell running at all times. Combining this supportive skill with Reckoning, Kayle is able to counter enemy strategies and create unexpected moments that can become beneficial for the whole team.

The thing about supporting with Kayle is that she won’t be able to do much damage, however Righteous Fury provides a temporary ranged attack with extra damage. This means that even without damage items, Kayle is still able to hurt enemies, at least a little. Nonetheless, she doesn’t need to exactly do huge amounts of damage, she only needs to repeatedly hit a single enemy and stack her passive, Holy Fervor. This debuff can stack up to five times and it reduces enemy champions defenses by 3% per hit. If you allies focus your target, then they’ll be able to do up to 15% more damage. 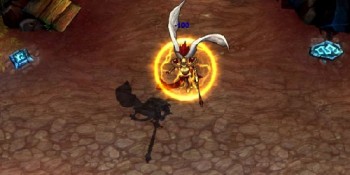 Intervention is probably the most decisive ultimate in League of Legends. A great decision concerning this skill might determinate the outcome of a match. How? Well, it’s simple. Kayle’s ultimate shields an ally champion with invulnerability to all damage up to three seconds. In team fights, casting this skill in your tank or carry will most likely grant you advantage. If the enemy lineup focuses a certain target and all that damage is nullified, then your team will have higher chances to succeed.

In the End… She Can Turn Tables Around

If there’s a champion that can truly change the outcome of a match, then it’s Kayle. A precise ultimate at the right moment can be the end of the enemy team. On the other hand, an imprudent ultimate might end up having severe consequences. But overall, Kayle is a very reliable support, she can slow, heal, speed up and shield enemies from all types of damage and still manage to do a decent amount of damage.