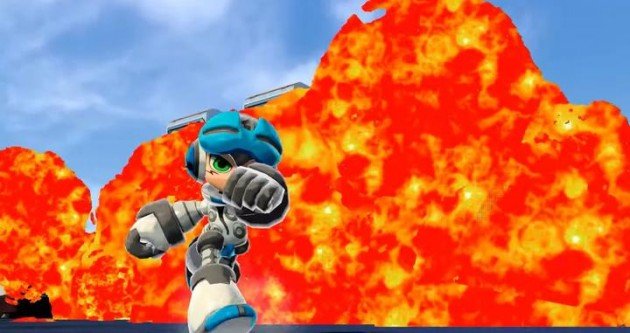 When we talk about an action-platform video game of 2016, there comes a famous name, Mighty No.9 in the mind. Comcept was the developer of this game. Deep Silver is the company that published it.

This game was crowdfunded by Kickstarter. It is also interesting to know that a heavy input was incorporated from the public for Mighty No.9. It is evident that video games are inspirations or have resemblances. Similarly, Mighty No.9 resembles the early Mega Man series. Gameplay and the character design are the main focal points. Keiji Inafune worked as project lead of this video game and is considered as a spiritual successor of the Mega Man series.

Most of the time the release dates fail to fulfill. The same is the case with the launch of it. It was scheduled to be released in April 2015 but delayed. But eventually released for Microsoft Windows, PlayStation 3, PlayStation 4, Xbox 360, Xbox One, Wii U, OS X, and Linux in mid-2016. The versions for PlayStation Vita and Nintendo 3DS were planned to release after its launch but could never surface.

The Gameplay | Mighty No. 9

A blend of 2D and 3D artwork and animation is found in the Gameplay but the main focus was the 2D platform.

Mighty No.9 is actually a robot named Beck whom players have to control. Beck can run, jump and shoot projectiles at enemies in his encounters. The ability to acquire weapons as well as the abilities of enemies, Beck’s defeat, is the real attraction for a player.

Latest Mighty No.9, a game so unbelievably underwhelming that most of us forgot it existed, managed to make itself momentarily relevant again with a brand spanking new trailer.

I don’t want to spoil anything, in particular, so here is the trainwreck in glorious 1080p for the few of you brave enough to withstand the inevitable pain.

While I could spend a good twenty minutes thinking of different ways to insult this disaster of a trailer,  the head of the game’s development studio, Takuya Aizu, summarized it perfectly.

ひどいな。このPVは何なんだよ。 What the hell was D*** *il*** thinking making a crappy PV like this?! Unforgivable.

After numerous delays and awful marketing, I cannot imagine Mighty No. 9 doing well when it eventually comes out. Beyond that, it’s almost laughable how much of a target it has become for mockery at this point.

Even the official Sonic The Hedgehog Twitter page had something to say about it.

Dear Anime Fans: On Prom Night, at least we'll still be there for you. pic.twitter.com/y5p6BPHHi1

Ouch. I don’t know what is more painful, that Mighty No. 9 could potentially be a phenomenal game if the studio cared enough to make it as such, or that every time people get a glimpse of it, controversy rears its ugly head.

So you, what do you think about this Latest Mighty No.9 news? Please write your opinion in the comments box below.

To see more exciting news, go to our Home page.

Follow us and get the latest news delivered to your timeline!
controversyinafuneMighty No. 9new trailerSonic the Hedgehogtwitter
Previous ArticleRatchet And Clank (2016) ReviewNext ArticleSMITE 20 Million Players PS4 Event + Free Bellona and Skin