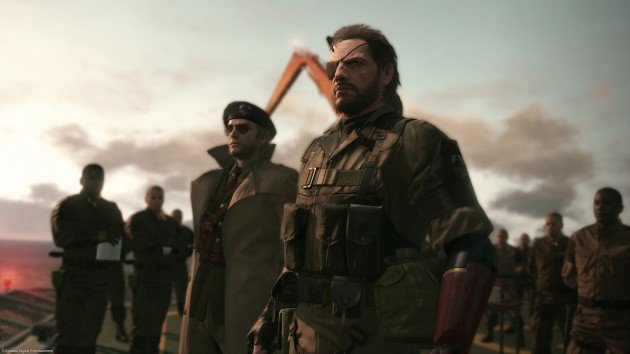 Things just keep getting worse for Konami. After they pissed off the entire gaming industry by canceling Silent Hills, removing P.T. from the Playstation Store, and attempting to remove creator Hideo Kojima’s name from promotional materials for the upcoming MGSV: The Phantom Pain, they also got into hot water for trying to stifle youtube channel Super Bunnyhop’s insider reporting on the state of the company. Now, Konami is yet again attracting negative press for its attempts to prevent prominent youtuber AngryJoe from even saying Kojima’s name in an interview.

In a follow-up Vlog regarding the interview, AngryJoe reveals that he was taken aside by Konami officials prior to recording and instructed in exactly what could and could not be said. Most prominently, AngryJoe was forbidden from mentioning Kojima at all – and when AngryJoe alludes to the “heartbreak” that Konami fans have been enduring as of late, the PR man for Konami tries half heartedly to shrug it off/ignore it.

(Here’s the actual interview. The awkward ‘heartache’ question begins at 7:00)

What could have possibly happened at Konami to warrant such enmity against Hideo Kojima? According to Super Bunnyhop’s inside source (see the link in the first paragraph above), it has everything to do with a personal vendetta between Konami’s CEO and its most influential creator.

The questions on every Metal Gear fan’s mind are these: what will Kojima do once MGS5 is released? What will happen of the Metal Gear franchise once Kojima is gone? Is Konami effectively pulling out of video games? It’s a shame that AngryJoe was forbidden from even broaching these topics, as this was the first time in a long while Konami was open to having one of it’s reps be interviewed on camera. MGS5 is sure to be a huge hit – but for Metal Gear fans everywhere, it will be a bittersweet ending to one of the most iconic video game series of all time.

Follow us and get the latest news delivered to your timeline!
controversyKojimaKonamiMetal GearMGS5Phantom Pain
Previous ArticleEDITORIAL: Decoding IO Interactive’s HITMAN spinNext ArticleDonate To Black Ops III And Play as a Zombie, Behind-The-Scenes Tour And More