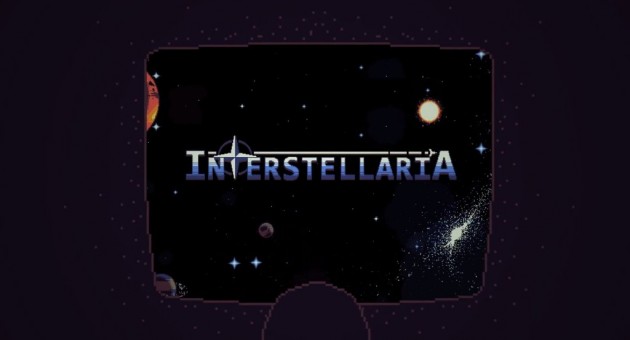 As if there weren’t already enough retro styled space simulators out there, out pops another. Coldrice Games just announced that the studio will be releasing Interstellaria for Steam on July 17th. The price? An attractive $9.99.

If you’ve never heard of this game before, don’t be surprised. Interstellaria is 2D space sim game that is deeply inspired by games like Starflight. Make no mistake about it, though. Even if your gut reaction might be to call this another FTL or Starbound clone, this game promises to carve its own name in the world.

Regardless of these claims, Interstellaria will feel familiar to players of the games mentioned above. Gameplay revolves around real-time space exploration and, as captain, you’ll find yourself deeply ingrained in the tasks of each crew member as you manage their day-to-day activities.

In exciting moments, you’ll direct crew to put out fires, fix hull leaks, and repair damaged systems. Stationing crew in various systems will also increase that station’s efficiency and output. During downtime, you’ll discover a very Sims-like experience since your crew will need to sleep, eat, and find entertainment. Over the course of the game you’ll also notice your crew start to develop traits based on the way you lead them, which can play significant roles in various outcomes of the video game.

There hasn’t been much said about combat and exploration. The prospect of controlling multiple ships, each with their unique crew, is certainly exciting. And the game touts that there are no limits ot the areas you can explore and the types of things you’ll be able to find, but all of this remains to be seen.

Interstellaria was originally kickstarted back in November 2013. It was then quickly greenlit on Steam the following February. Chucklefish got involved with the game as a publisher in March 2015. The development process has flown by despite the fact that there’s only one man behind it.

Feel free to check out the Steam page and the launch trailer for more info and media about the game.

Follow us and get the latest news delivered to your timeline!
InterstellariaPCSteam
Previous ArticleNew Details Leak Out About Dishonored 2Next ArticleStar Wars Game from Visceral Will Look Like Uncharted