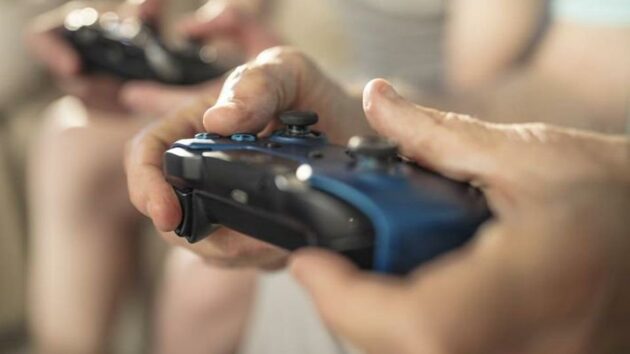 Now, almost everyone has entered the magical world of video games. You do not have to buy any expensive console because your smartphone is more than enough to play games. According to venture beat, there is a lot of difference between a casual gamer and a hardcore gamer. A casual gamer may not have as much free time as they formerly had, so the games mentioned below are ideal for them.

Eric “ConcernedApe” Barone created Stardew Valley, which is a role-playing simulation game. It was initially released on February 26, 2016. From late 2016 until late 2017, it was available for PC, PS4, Xbox One, and Switch. In 2018, and 2019, versions for iOS and Android were launched, with a PlayStation Vita version in the middle of 2018.

Papers Please is a puzzle simulation game developed and released by indie game developer Lucas Pope’s production company, 3909 LLC. On August 8, 2013, the game was launched for PC and OS X, Linux on February 12, 2014, and iOS on December 12, 2014. On December 12, 2017, a PlayStation Vita version was published.

Cities: Skylines is a city-building game released by Paradox Interactive in 2015. On March 10, 2015, it was initially launched for PC, macOS, and Linux operating systems, adaptations to the Xbox One and PS4 released in 2017, and the Nintendo Switch in September 2018. This game was highly praised by the casual gamer and got success by selling 6 million copies on all platforms.

BattleBlock Theater is a comedic platform video game for PC, Xbox 360, Mac, and Linux created by The Behemoth and released by Microsoft Studios. On April 3, 2013, the game was launched on Xbox Live Arcade and was liked by the casual gamer.

Boneloaf, a British independent firm, created and published Gang Beasts, a party video game. The game was published on December 12, 2017, for PC, PS4, macOS, Linux, and on March 27, 2019, it was also published on Xbox One.

Valve created and published Portal, a puzzle video game. It was first launched as part of The Orange Box, a PC, Xbox 360, and PS3 package, and has been ported to Andriod, Mac OS X, and Linux. It’s a dream game for a casual gamer.

Freebird Games created and released To the Moon, a psychological drama adventure video game. It was first launched for PC on November 1, 2011, and for Mac OS X, Linux, Android, iOS, and Nintendo Switch, it was released soon after.

Limbo is a puzzle video game by Playdead. It was published for the Xbox 360 by Microsoft Game Studios. The game was first launched on July 21, 2010, and then it was released for PC, PS3, and Linux.

Campo Santo collaborated with Panic to release Firewatch, an adventure game. On February 9, 2016, the game was launched for PC, PS4 OS X, and Linux. In September 2016, it was launched for Xbox One, and in December 2018 for Nintendo Switch.

Brothers: A Tale of Two Sons is an adventure game for Xbox 360, PC, PS3, PS4, Xbox One, Switch, iOS, and Android. It was created by Starbreeze Studios and published by 505 Games. A Tale of Two Sons was well-received by critics and the casual gamer.

Might & Magic: Clash of Heroes is a puzzle, adventure video game developed by Capybara Games and released by Ubisoft. It was released on December 01, 2009, for Nintendo DS, and PC, PS3, and Xbox 360 were released in 2011. In 2013, Android and iOS versions were created.

Beat Cop was developed by Pixel Crow and Crunching Koalas and was published by 11 Bit Studios. It was released on March 30, 2017, for Switch, PS4, Andriod, iOS, PC, Linus, and Xbox One.

Mike Bithell’s puzzle platform game Thomas Was Alone is a single-player video game. In July 2012, the game was updated and launched for PC and OS X. In 2013 and 2014, and it was released for Linux, PS3, PS4, PS Vita, Xbox One, Wii U, iOS, and Android for the casual gamer.

Child of Light is a role-playing video game by Ubisoft Montreal and Ubisoft Milan. It was released on April 29, 2014, for PC, PS3, PS4, Nintendo Switch Wii U, Xbox One, Xbox 360, and PlayStation Vita.

17. Atelier Lydie & Suelle: The Alchemists and the Mysterious Paintings

Gust’s role-playing video game Atelier Lydie & Suelle: The Alchemists and the Mysterious Paintings was first published in Japan on December 21, 2017, for the PS Vita. It was published on the PC, PS4, and Switch, in March 2018.

Dylan Fitterer’s Audiosurf 2, also known as Audiosurf Air, is a multiplayer attack video game. It was published for PC on October 2, 2013, and OS X and Linux on January 9, 2015.

Monaco: What’s Yours Is Mine is an action video game. It was published in 2013 for PC, Mac OS X, Linux, and Xbox 360, and then re-released in 2019 for Switch. Monaco won the Seumas McNally Grand Prize award at Independent Games Festival 2010.

Fez is a Trapdoor-published indie puzzle video game created by Polytron Corporation. Fez was published on April 13, 2012, and PC on May 1, 2013. In late 2013 and the start of 2014, BlitWorks released it for OS X, Linux versions, PS3, and PS4. Ports for Ouya and iOS were launched in December 2017 for the casual gamer.