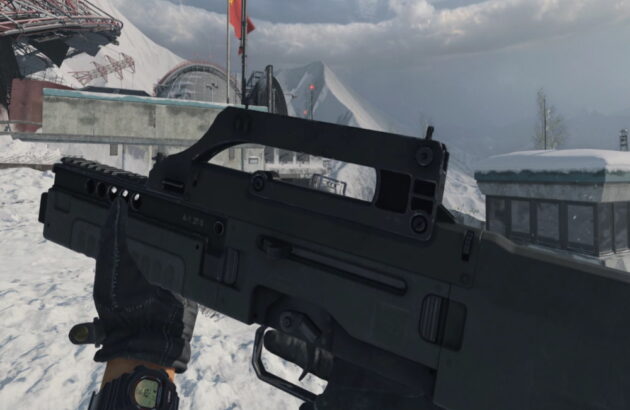 As per Call of Duty tradition, a new gun has been released alongside the mid-season update. Several other post-launch guns have been introduced in order to fill an unoccupied niche. A good example of that is the ZRG 20mm, which is Cold War‘s hard-hitting, but slow-handling sniper rifle. The Carv.2 continues that tradition by giving Black Ops Cold War a burst gun that falls between the M16 and KSP 45.

Making its first return to the franchise since the original Black Ops, the Carv. 2 is a tactical rifle based on the real-life G11. It is a three-round burst gun that competes directly with the M16 and AUG. The main advantage it has over those two is its superior fire rate. However, that increased fire rate comes at the cost of fewer one-burst kills and a shortened effective range.

As with every other mid-season addition the Carv.2 is unlocked via an in-game challenge. Progression through the battle pass is not required, unlike Season 3’s other two new guns. Thankfully, the required challenge isn’t overly difficult and most players will be able to complete it within two hours.

The challenge is ‘using tactical rifles, rapidly kill 2 or more players in 10 different completed matches’. What the game means by “rapidly kill,” is just to earn a double kill or better. In Black Ops Cold War, a double kill is earned when two enemies are killed within three seconds of one another. 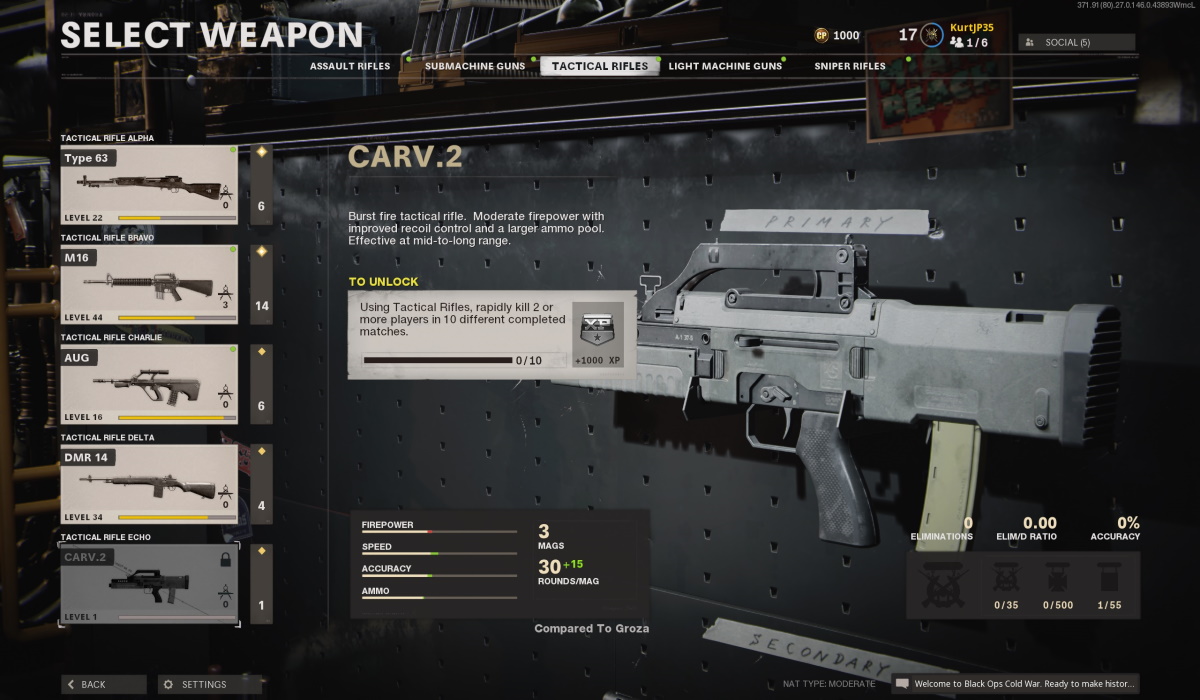 Treyarch is kind enough to run the Nuketown 24/7 playlist all of the time. This is the best playlist to complete just about any unlock challenges in Black Ops Cold War, Carv.2 included. Nuketown is a small map where gunfights occur very often. This is great as it makes it more likely for you to run into multiple enemies in quick succession.

Load into Nuketown 24/7 and choose whatever tactical rifle you are most comfortable with. Pre-aim an angle that you expect the enemy will come from. There are several great spots to do this in Nuketown. Also, being able to predict spawn rotations can help a lot with this challenge as Cold War likes to spawn teammates together. Catching a team just as they spawn is practically a free double kill. 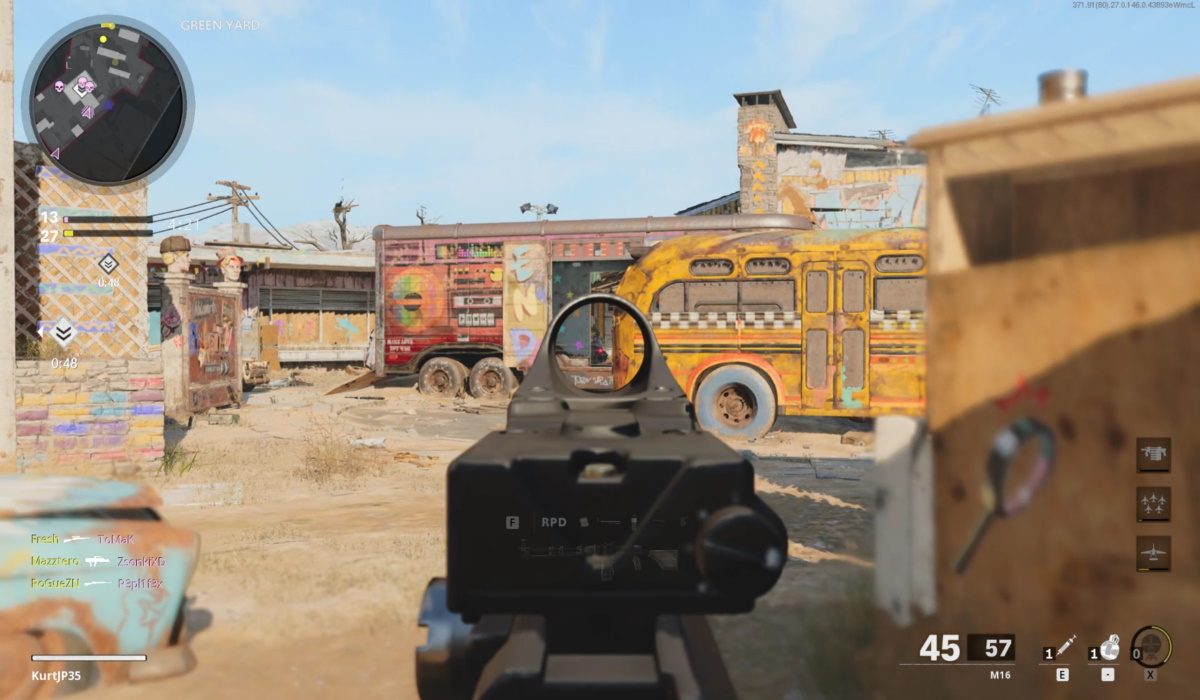 When a double kill medal appears at the top of your screen, that will give progress towards the challenge. Be sure to check the Carv.2 on the create a class menu mid-game to make sure the double kill counted. Finally, do not leave lobbies even after progress is made. Leaving a lobby early will cause any progress to be undone once Cold War is reset.

Even if you reach 10/10 on the challenge by leaving games the Carv.2 will not usable in Black Ops Cold War. It will still display as locked and as soon as the game is reset progress will be set back to 0/10. As for Warzone only players, the best method is to go into Plunder, equip a tactical rifle, and try to get two kills in quick succession. It can help to land in hotspots like Storage Town and Superstore. Also, the Stopping Power field upgrade makes it easier to chain kills together as it provides temporary double damage. Unlike Cold War, lobbies can be left early in Warzone.