I was one of the people patiently awaiting for Stardew Valley to make it to consoles. Whether it was on my Vita or PS4, I was ready to dive head first and get lost in the charming pix-elated world. Full disclosure, I was one of those people who would plan my day around the Facebook game Farmville. I knew when my crops would spoil so I had to be there on time to harvest them. But unlike Farmville, in Stardew my crops didn’t wither in real time so its already a more relaxed experience. So on December 14, 2016 I set out to start my new life as a farmer. 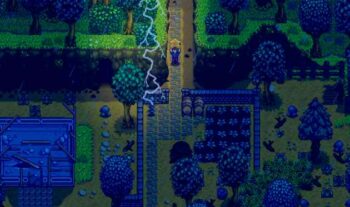 The motivation to get players to the farm is a simple one. Your dying grandfather leaves his farm to you and encourages you to come run it when the 9 to 5 grind wears you down. A short cut scene later and there you are at Stardew Valley with Mayor Lewis to greet you. The place looks a hot mess when you get there with scattered debris, sticks, grass, etc all over the place.

As a new farmer you have a whole lot of work to do. Working on the farm makes time pass and your energy will deplete with each action. Upgrading your tools will help to consume less energy and eating Starfruit will increase your energy bar. These are all things you will learn as the game opens up and explains them to you.

Get To Know Your Neighbors 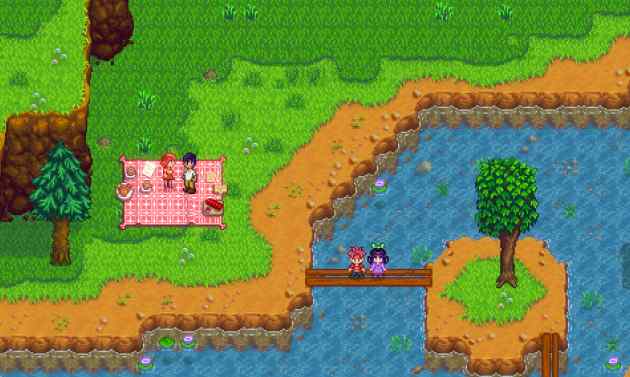 Farming isn’t the only thing players can do. As a new resident, one of the first tasks is to get to know your new neighbors in Stardew. Most of them will be wary of you at first so you will need to talk to them daily and give them gifts to raise their affection towards you. You can give them just about anything as a gift including the things you grow on the farm or things you scavenge around town and mines. It will take some trial and error but eventually you will figure out what your neighbors like. I was a bit impatient so I looked up a guide.

As you get to know them, private actions will start to show up deepening your relationship. A lot of them depend on the time of day, weather and number of affection points, represented as hearts, to trigger. They seemed rather arbitrary so I would stumble on them by accident. The good thing is that time doesn’t progress during these scenes so it’s no harm in watching them. After you get to 8 heart points you can make an eligible bachelor or bachelorette, the gender of your character doesn’t matter, your significant other with a bouquet from Pierre’s shop. At 10 hearts, you can get married by proposing with a Mermaid Pendant to have a wedding 3 days later. I chose to romance Elliot and haven’t looked back.

Passing The Time In Stardew 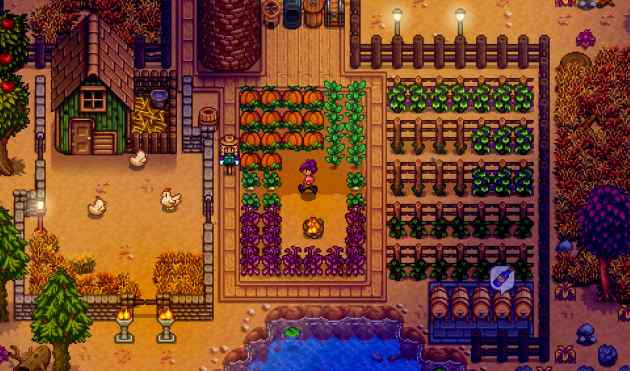 Other than romancing and getting to know your neighbors, farmers can, well, farm. After you understand where to buy your seeds, how much time things take to grow, how long each month is and the seasons, you can get started making your farm. Getting money for more seeds is always a chore so growing your crops are important to remain in business. One of the best parts of the game is designing your farm and how you plant your crops. Some of the farms online can get really elaborate and players have a few templates to start with at the launch of the game.

When players are bored on the farm they have the option of going into the mines. The mines give players the materials necessary to upgrade their tools or find items to give as gifts. The mines are dangerous though so players will need to upgrade their gear in order to survive the lower levels. Another caveat is that the penalty for death is steep. If you die players will lose a ton of money to cover medical expenses and lose items taken into the mine. That alone made me less inclined to visit the mines but I did in order to build up the community center. 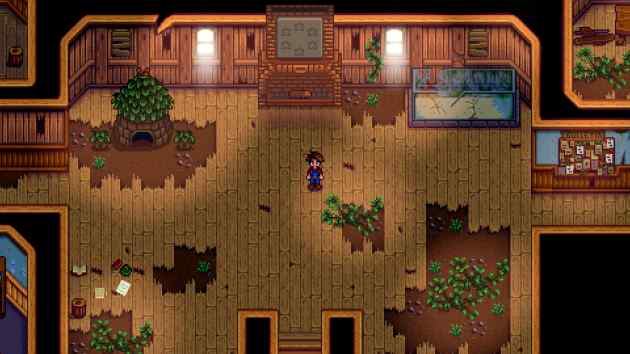 After a while players will get the choice to help the town to build up the community center or join Jojo Mart corporation. Selecting one will lock you out of the other so the choice is yours. I chose to help the community center because it gave more purpose to my actions by completing bundles. Those bundles also provide gifts to the player of farm equipment that may not be affordable at the start of the game. While with Jojo Mart you just buy everything with money.

Players can also attend seasonal festivals. There are four seasons in the game (read:duh) that last 28 days. Each season the town has 2 festivals. The Mayor will send you a mail reminder a few weeks before then another a day before the actual event. Attending these events can raise your affection with your neighbors as well as earn players prizes for participating.

This Game Is Worth The Time

I could go on and on about this game because it’s so charming. It is hard to imagine that only one developer made this game and it’s paid off in a big way. I am glad that it got ported to the PS4 and I got the chance to play. I easily spent 60 hours in Stardew before I got to the “end” in year 2. The game could “technically” go on forever so players have spent hundreds of hours here. Check out the game’s website and give the game a shot if you haven’t tried it out.

Have you tried Stardew Valley or other farming sim games? How does the game stack up for you? Let us know in the comments.

Follow us and get the latest news delivered to your timeline!
Falling in Love with Stardew ValleyOpinionsps4Stardew Valley
Previous ArticleDid They Deliver? Thoughts on the Nintendo Switch RevealNext Article10 Characters that Need to Be in Marvel vs. Capcom – Infinite