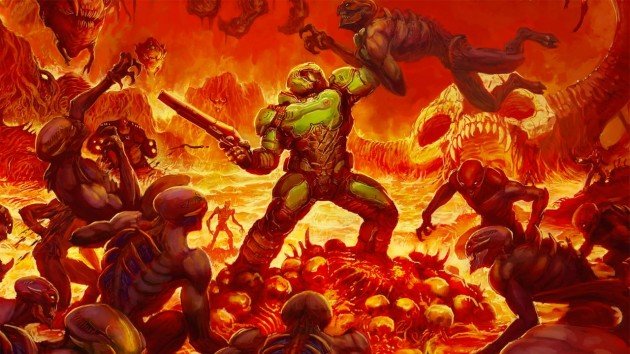 I am a sucker for developer diaries. They offer an unprecedented look into how our favorite games become what they are while offering insight into how game development, as unique as it is, functions as an art form. Doom’s soundtrack is so incredible, with its incredible soundtrack, left us wondering how exactly it came to be. So it is lucky then, that Doom composer Mick Gordon has released two videos that go behind the scenes to see exactly how he achieved such an angry, evil sound with the game.

What is Doom’s soundtrack called?

I think my favorite thing about the soundtrack beyond its otherworldly, hellish soundscapes and atmospheric droning and pulsing, is that Mick Gordon utilizes modern metal to help craft such a unique sound. From Djent to 9-string guitars to Russian synthesizers, he holds nothing back and it definitely shows.

Google reviews about the soundtrack

5 months ago, Gemini Adler added his review on Google and said, “What do you expect? Its DOOM. Literally one of the best games I’ve ever liked and the soundtrack is just a masterpiece of how aggressive it is and how it fits really well to the game.”

DOOMSLAYER passes reviews on Google and said, “makes you feel powerful when you hear it and Mick Gordon poured his heart and soul into it and uses guitar riffs and melody’s from the original doom and doom 2. even doom 3 main themes is incorporated in one of the songs best video game soundtrack ever!”

I certainly hope this isn’t the last look at Doom and its development.

Please check out these 2 trailers and let us know what you think in the comments box below.

Follow us and get the latest news delivered to your timeline!
doommick gordonsoundtrack
Previous ArticleDelays, Death Threats, And Gamer EntitlementNext ArticlePS Plus, Games With Gold Freebies For June 2016