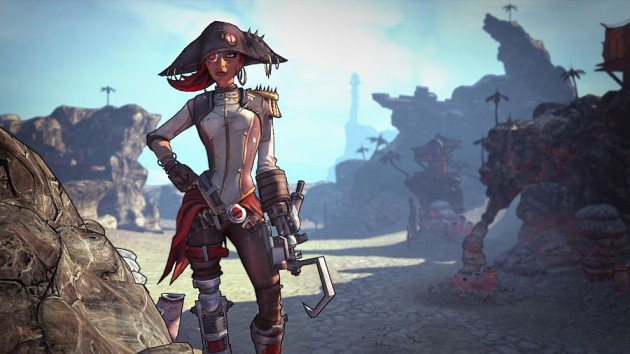 Borderlands 2’s first batch of story DLC dropped last week. Unless you purchased the Borderlands 2 season pass (four DLC packs for $30), then Captain Scarlett and Her Pirate’s Booty will cost you $9.99. So, is it worth it? That depends.

It’s worth noting that you do not have to have beaten the main game to access the DLC. As long as your character is a level 15 or higher, you can experience all that Captain Scarlett and Her Pirate’s Booty has to offer.

The new DLC adds more loot to hoard, a few new challenges for your badass rank, several vast regions to explore, something else to shoot at, new ridiculous characters to interact with, and roughly eight hours of gameplay. The best new feature is Borderlands 2’s first vehicle without wheels that players can actually pilot (you can’t pilot buzzards).

The Sand Skiff looks like something out of Return of the Jedi (and its supposed to). Hover around in one of these for a while, blasting enemies with explosive harpoons, and you’ll certainly feel like a pirate; a Borderlands pirate anyway. Despite the fact that the sand skiff seems to never want to stop moving, it proves to be the most satisfying vehicle to drive on all of Pandora; it just feels better than anything on four wheels.

Something small that I wish was fixed is that it isn’t immediately apparent how to get to the DLC once you’ve downloaded it. To access the DLC, head to a fast travel station and select “Oasis.” After sitting through another Marcus-narrated cut-scene, you’ll find yourself just outside of the town of Oasis just as it is being raided by pirates. After saving the day (naturally) you meet up with who is quite possibly the best of the new NPCs, Shade. This depressingly lonely yet laugh-out-loud hilarious man will get you pointed in the right direction. Then it is up to you which mission you decide to do first.

Just like in the main game, the DLC’s biggest strengths are its characters and room for exploration. Unlike the main game, the story falls a bit flat. its not as bad as the original Borderlands (whose ending infuriated many), but it isn’t nearly as satisfying as Borderlands 2’s either. Another issue is the lack of variety in truly new enemies. Some familiar foes make a return, which is to be expected, but the bigger problem is that many of the pirates are simply the same old bandits that you’ve been slaughtering for hours, but with different skins. 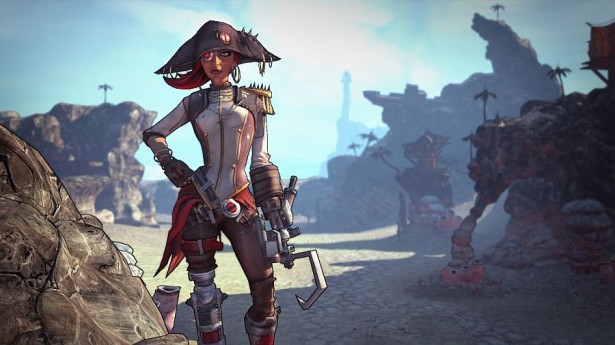 A feature that is much appreciated is that the enemies of the DLC scale to fit the level of your character-sort of. It is supposed to scale, but sometimes the foes at the end of your barrel are a few levels lower than you and occasionally they may be a couple of levels higher than you. The higher your own level, the less difference that this disparity seems to make, but this feature still could have been better.

Gearbox Software set the DLC bar pretty high with the four story-based DLCs it released for the original Borderlands. Unfortunately, Captain Scarlett and Her Pirate’s Booty doesn’t quite meet expectations. It’s good, don’t get me wrong, but it isn’t great.

If you’ve already nabbed a season pass, you’ll likely still be satisfied with the DLC (partially because you got a discount and partially because you’ve already committed to purchasing all four DLC packs). If you are a hardcore vault hunter or just want a little more to the game, download this DLC. However, if you are more casual, don’t plan on grinding a character to max level (50 for now), or don’t plan on a second play-through, unless money is of no importance to you, you may want to consider spending your 10 dollars elsewhere.

Follow us and get the latest news delivered to your timeline!
Previous Article10 Games That No One Has Played (And Everyone should)Next ArticleWhat’s Next For Call Of Duty?