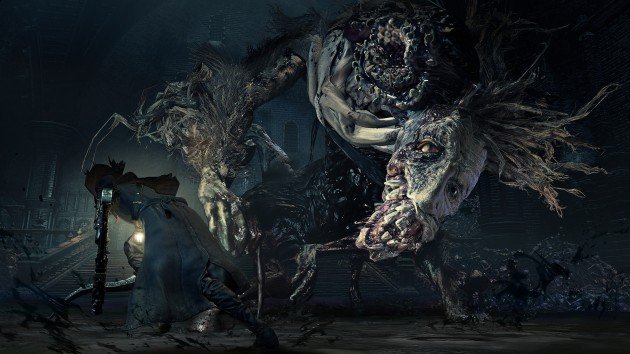 Sony Computer Entertainment had their annual TGS press conference earlier today, during which they formally announced the video game expansion of Bloodborne The Old Hunters.

To say that I am hyped for this would be an understatement. Bloodborne is an immensely satisfying albeit horrifying adventure that needs to be revisited.

A release date and price have also been mentioned.

Here is the full trailer; I suggest a change of pants.

Wow. New weapons include a bow-blade, new bosses and enemies to laugh at you when they murder you, and a new prequel story that unravels some of Yharnam’s deepest secrets… I hope.

To say that I am hyped for this would be an understatement. Bloodborne The Old Hunters is an immensely satisfying albeit horrifying adventure that needs to be revisited.

You can expect to die a million times on November 24th. The expansion will cost twenty blood echoes.

Follow us and get the latest news delivered to your timeline!
bloodborneexpansiongameplayludwignew weaponsRelease Datethe old hunterstrailer
Previous ArticleThe King of Fighters XIV Announced for Playstation 4Next ArticleExciting and Frustrating: Kingdom Hearts 2.8 Announced