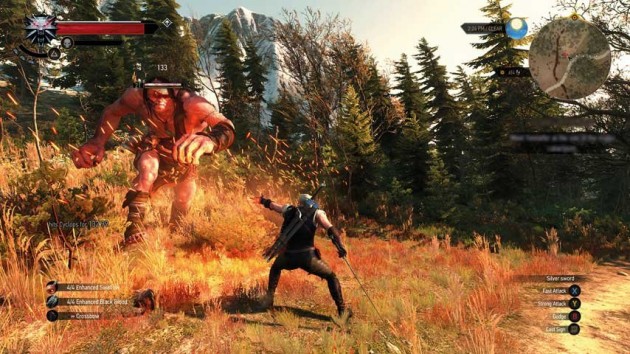 We all know that Witcher contracts is the essence of the game after you finish the storyline and you only have them, the side quests and Treasure hunts. Witcher contracts can sometimes be tricky to fulfill and defeat that lurking monster menace that threatens the whole village nearby.

Tip 1: Check The Notice Board In Each New Town You Enter

Notice boards are almost the source of every witcher contract in the game with just a few that are obtained through having a little chat with the town folks. So take care and go to the notice board once you discover a new town.

Tip 2: Repair Your Weapons Before Every Battle

Even if you have already set on your way to slay that beast, look around for the town’s blacksmith or armorer and if you can’t find any, just stop at any nearby fast travel sign and fast travel to the nearest town with a blacksmith or an armorer and have them repair everything that you have equipped to 100% to ensure your swords deal the maximum damage and your armor protects you from the monster’s deadly blows.

This can be accessed through the menu, you will find it to be the last one to the left called Alchemy, choose it and start crafting some bombs. In my opinion the most effective bombs to use are:

Since I just mentioned upgrading the signs, using them efficiently might be a bit hard as you have to know what to use and when. Always apply Quen first then switch to Igni  and have it equipped and cast it in between sword attacks. If you get attacked and the Quen protection breaks then switch from Igni to Quen immediately and apply it then switch back to Igni and do as previously illustrated. Fighting Wraiths is a bit trickier since the Yrden sign enters in the mix. Wraiths are known for disappearing and appearing again out of nowhere to attack you, knocking you to the ground and to your eternal doom. Well it’s not that dramatic but high-leveled Wraiths are hard to fight and casting Yrden creates a magic radius around Geralt that if the Wraith enters, will be changed into material form and can be attacked and it can’t disappear as long as it is in within this magic circle. So to summarize, Normal monsters use Quen and Igni and with Wraiths Yrden, Quen and Igni in this written order for each type respectively.

Tip 6: Equip or Craft The Best Silver Sword In Your Level

I do this personally every time I take on a new witcher contract, I open my inventory and check that I don’t have a better silver sword laying around in my inventory unused or if I have an empty Runestone slot in my silver weapon and have an extra Runestone so I equip it to my sword. Following this check, I go to the crafting menu, check every silver sword, steel sword, armor, boots, gloves and trousers that are available in my level and compare them with the equipped ones. If I find I can craft something better, I gather the necessary items to craft it and as mentioned before, go to the nearest Blacksmith or Armor depending on what I want forged. Also try to do some Treasure hunts in between the main quests as they can give you some really powerful and strong swords or armor.  Do this before each battle to have the best gear equipped and prepared for battle.

Final Tip 7: Best Fighting Strategy Is BE A COWARD

Once the fight starts, there is no running away from it so you have to stand and slay that beast BUT you can always roll around like a clown who just joined the circus. All you gotta do is dodge and dodge in circles till you are behind the monster or you are sure that you are not in a position where you can get attacked then deliver some damaging blows and once it turns around to face you, roll around it again. This has been my technique since the beginning of the game and till now, I think it is working out well and helped me kill some powerful higher-level beasts.

Finally, some random tips that weren’t worth mentioning on their own:

I wish you had fun reading this tips article and it helps you defeat every witcher contract you tackle.

Tell me if it has been helpful or if you want me to add any tips that have helped you defeat a monster before that is not included here.

Follow us and get the latest news delivered to your timeline!
cd projekt redPCps4the witcher 3The witcher contractsWitcher ContractXbox
Previous Article5 Reasons Why The Witcher 3 Is An Innovative RPG MasterpieceNext ArticleHeroes Of The Storm Event the Eternal Conflict Is Live