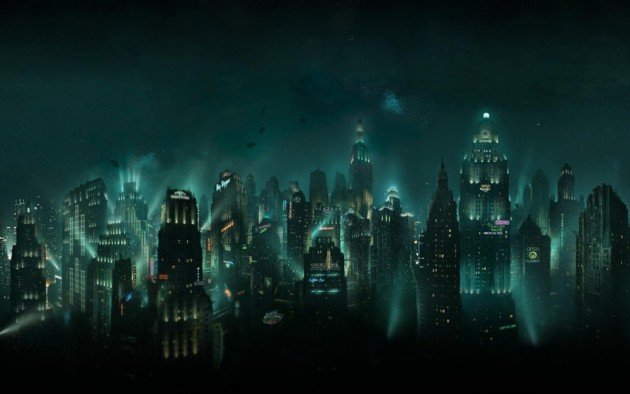 The BioShock series of first-person shooters has received near global acclaim from critics for their thoughtful stories, amazing settings and characters, and fun gameplay. And they’re not wrong.

However, rarely is a game perfect. I intend to shed light on some of the inconsistencies, annoyances, logic problems, quirks and general silliness that developers Irrationals Games and 2K Marin thought they got away with.

Here are 10 things that still grind my gears about the first two games. 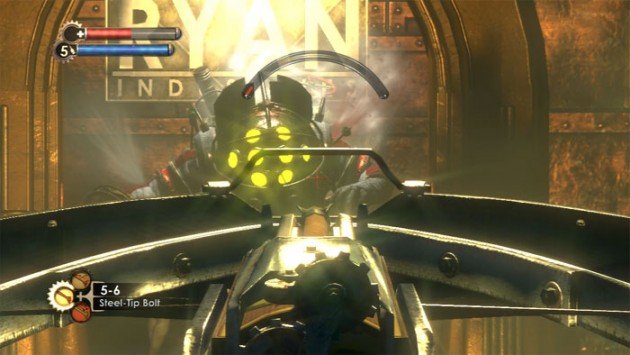 The Crossbow in BioShock is the final ranged weapon obtained by the player. It’s found in Fort Frolic, courtesy of everyone’s favorite madman Sander Cohen. Quite ironically, the weapon is so powerful—even on the game’s hardest difficulty setting—that you can kill Sander Cohen in one shot, trivializing the entire boss fight and the rest of the game, wherein almost all other enemies can be killed in one or two shots.

2: You Never Forget Your First Time… Because It’s the Only One You Had 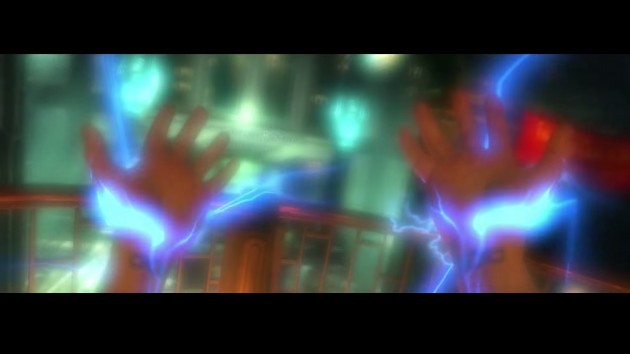 The first Gardener’s Garden vending machine Jack encounters in the game has the Electro Bolt plasmid inside a container, having already been dispensed and left for our convenience. Jack injects the container with a hypodermic, extracting the red liquid and injecting it into his veins.

He starts to freak out, jolts of lightning shooting from his hands uncontrollably, eventually resulting in him falling off a balcony.

This awesome first-person cinematic shows us exactly what happens when someone splices up—it’s more or less exactly like being a real-life drug addict, excluding gaining the Godlike ability to shoot frickin’ lightning from your hands.

This is cool, except it’s the only time we see this happen, despite acquiring numerous plasmids throughout the course of the game. Apparently, there’s nothing like your first splice up; each subsequent one pales in comparison, without even a grunt or moan from our hero after he’s just had his genes modified. His frickin’ genes!

And you thought Danny Dyer was a hard man. 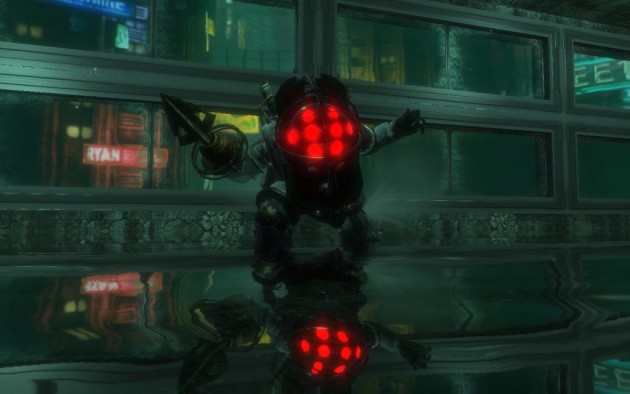 While Big Daddies don’t attack the player until provoked, they apparently have intimate knowledge of who attacked who and which who then attacked them.

As I said, Big Daddies only aggro you when attacked. Though if you attack a Splicer—using Incinerate for example—and that on-fire Splicer then inadvertently sets Mr. Bubbles on fire, he’ll take his rage out on you.

Not cool, Mr. Bubbles, not cool.

4: Hypnotize Plasmid: Your Results May Vary 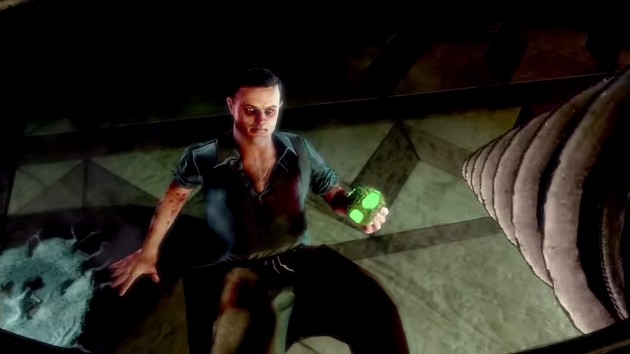 The beginning of BioShock 2 starts off with a first-person cutscene as we see Subject Delta going about his everyday task of collecting a Little Sister from a vent, protecting her as she collects Adam from the corpses of Splicers, and ultimately taking her back to a vent to nap. His Little Sister then runs off out of sight before we hear her screaming.

She’s being harassed by a group of Splicers and we come to her aid. Subject Delta—like the hero he is—takes out three Splicers before being hit with the Hypnotize plasmid by the fourth, just before he’s about to be turned to mush by the Big Daddy’s drill arm.

Things get all green and hazy. Professor Lamb—the main antagonist of the game—gives us a little speech about the girl not being his daughter, then instructs him to kneel, remove his helmet, put a pistol to his head and pull the trigger.

It’s a fantastic opening scene to a great game, but it’s inconsistent with in-game properties of the Hypnotize plasmid, which can only be used to befriend Splicers, Brute Splicers, Big Daddies and Alpha Series Big Daddies. It does not allow you to make enemies commit suicide.

I’ll be posting my one-star review on Amazon in due course.

5: Jack and Subject Delta Are Shutterbugs 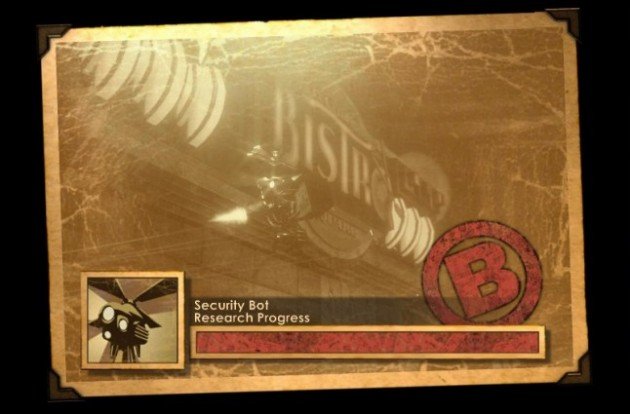 In both BioShock and BioShock 2, the player obtains a camera that can be used to research Splicers, Big Daddies and Security Bots to gain various buffs, such as a 50% increase in damage against a particular enemy, or a Gene Tonic in BioShock 2.

While it adds another layer to the gameplay, taking photos causes two issues: 1) it takes away from the fun combat—I’d rather be shooting guys with bullets, not a camera, and 2) it makes combat more dangerous, usually resulting in more damage taken while you’re thumbing around trying to hit the shutter button before you take too many bullets to the face to be able to see your beautiful photographic masterpiece. 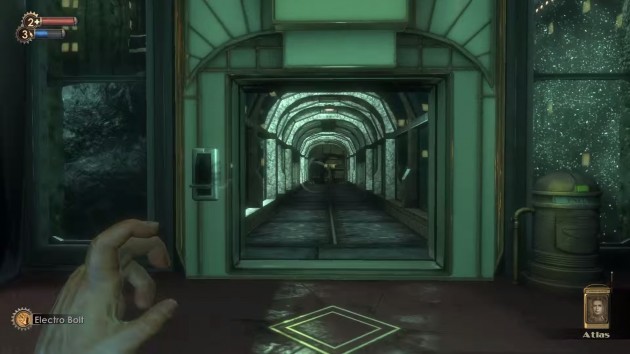 One of the oddities in the original BioShock that many players probably didn’t notice because they were too busy playing an awesome video game is the fact that characters that talk to you over the radio seem to know exactly where you are and what you are doing in that very moment.

We’re simply led to assume that the characters we chat with over the airwaves are sitting in some control room packed with monitors that show camera feeds covering vast stretches of Rapture, despite only seeing security cameras later in the game as a gameplay mechanic. Jack sure as hell didn’t tell them where he was, what with him being mute and all.

Either that or they’re all-seeing omnipotent beings who get a good kick out of taking us pitty mortals for a ride.

7: A Plank Has More Personality Than Jack Does 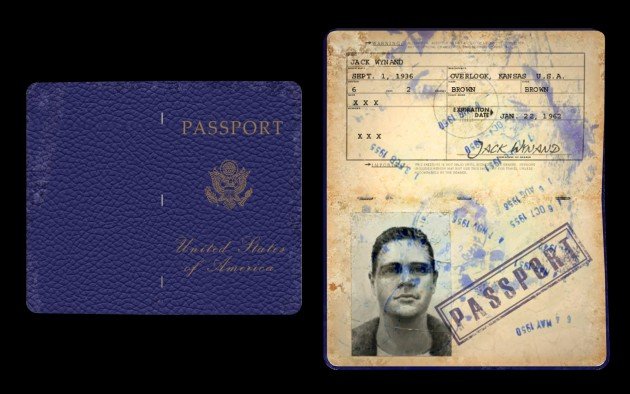 The protagonist of the first BioShock game is as dull as a door knob. He’s the strong silent type with no personality or character because manly men that shoot guns and light fires with a snap of his finger lets his actions do all the talking—ALL THE TIME. He speaks exactly one sentence of dialogue right at the start of the game and remains oddly mute throughout.

Characters such as these are a lot easier for game developers to use, since there’s less work involved—both in terms of programming and working with a voice actor. It also allows gamers to project their own personality onto the cardboard cutout, though it does make for an extremely underwhelming protagonist of such a beloved and acclaimed first-person shooter.

8: Plumbing and Hacking Are Synonymous, Apparently 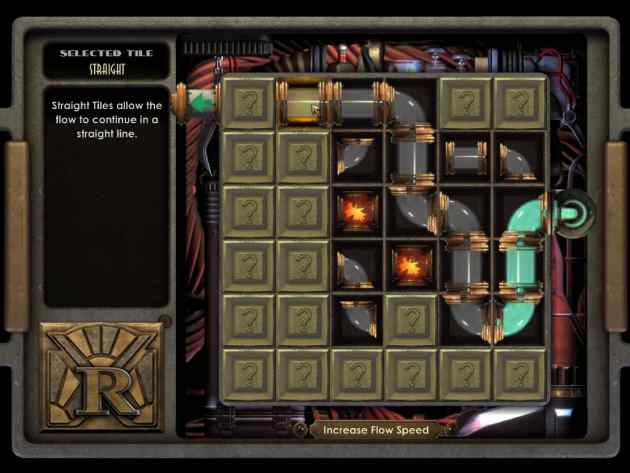 In BioShock you’re able to hack into turrets, cameras, some number locks, safes, vending machines and more. However, despite us hacking into electronic devices, we’re greeted with a plumbing mingame where in order to achieve a successful hack we need to place tiles of different shaped pipes to complete the pipeline before the water reaches the end of the line.

Um… what? Last time I checked hacking was nothing like being a plumber. It’s a fun and satisfying minigame in itself, but makes absolutely no sense at all. What were they thinking? 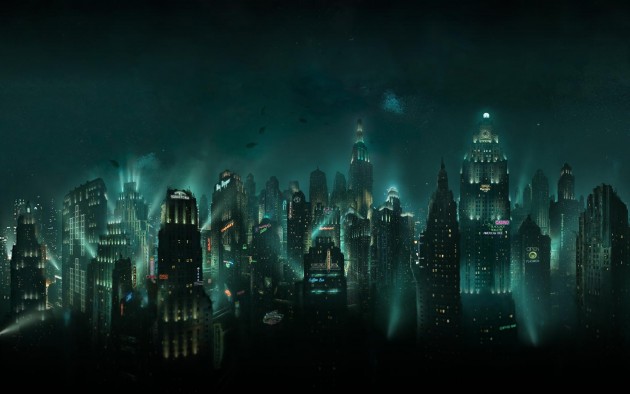 BioShock and BioShock 2 are set in the 1950s and the late 1960s, respectively. While there are many artistic licenses that can be offered to both games, the ability for cameras to be able to identify friend or foe by their DNA is not one of them. According to Atlas’s claims, Andrew Ryan had the security cameras locked to his and his men’s DNA because, y’know, Ryan wanted the guy dead and all.

While this could be overlooked as a lie, it still doesn’t explain how devices such as the security cameras and security bots are able to target and differentiate friend from foe. We certainly didn’t have the ability to develop competent facial recognition technology, at the very least, back in the ‘50s or ‘60s, so they must be sprinkled with pixie dust or something. 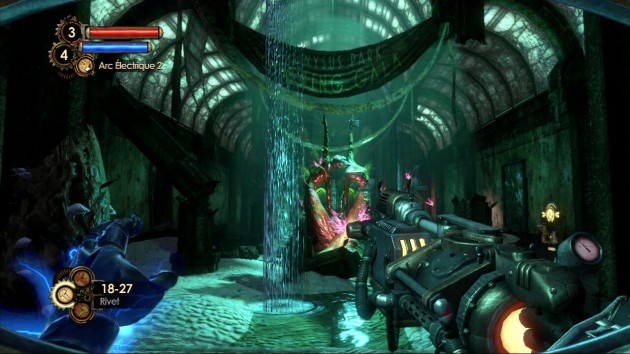 Maybe games like XCOM: Enemy Unknown/Enemy Within and the Darks Souls series have hardened me as a gamer, but I found that once you’re a good chunk into the game, BioShock and BioShock 2 become quite the cakewalk.

I unlocked the “Brass Balls” Achievement in the original BioShock and the aptly titled “Big Brass Balls” Achievement in BioShock 2 with ease. For an Achievement that many tout as being one of the most challenging to obtain, I was disappointed when I discovered that it was nothing of the sort, assuming you saved the game occasionally. I did die a lot, but nothing more than I would expect in any other first person shooter or any video game in general, for that matter.

I’m an avid gamer, but wouldn’t call myself a pro. Maybe I am woefully ignorant of my own prowess, or maybe the game aren’t that challenging in comparison to some others.

This is made worse by the fact that I’d often have my wallet capacity maxed out, unable to pick up more cash. On the same note, I found that I was almost always well-stocked with Med Kits and Eve hypos. The later portion of BioShock 2 took this further, forcing me to leave ammo lain around, as I was always fully stocked with most weapons.

What do you think of this list? Anything you’d add? Let us know in the comments!

Follow us and get the latest news delivered to your timeline!
10 Things About BioShockbioshockBioShock 2BioShock IrksBioShock List
Previous ArticleExciting and Frustrating: Kingdom Hearts 2.8 AnnouncedNext ArticleI Was Right: Persona 5 Has Been Delayed