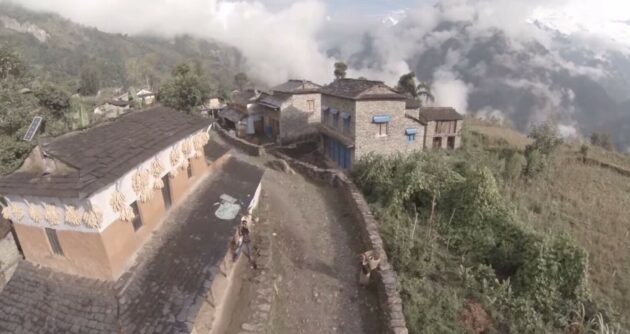 Every so often, a developer diary comes along that is not only an entertaining watch but a fantastic insight into the minds that make our favorite games. Far Cry 4 is far along in development, and with such a uniquely fascinating setting to so meticulously capture, the team had to really learn about the locales.

What better way than to drop everything and fly to Nepal, not for vacation, but to see firsthand exactly what type of world Far Cry 4 will be based on?

Is Far Cry 4 based in India?

Totally a fictional Himalayan countryside, Kyrat also (किरात) or (ཀྱ་རཏ), based in Nepal. This is located in the Himalayas (bordering Bihar, India as stated by the nearest embassy being in Patna), which is featured as the setting in the game.

According to Wikipedia about the sales of the game,

Ubisoft expected the game to sell at least six million copies in its first year of release. Far Cry 4 became the fastest-selling game and the most successful launch in the series in the first week of release. Far Cry 4 was the second best selling game in the United Kingdom for all-formats during the week of its release, only behind Grand Theft Auto V. It was also the sixth best selling game in the US according to The NPD Group. As of December 31, 2014, the game has shipped seven million copies. The game sold more than 10 million copies during the eighth generation of video game consoles.