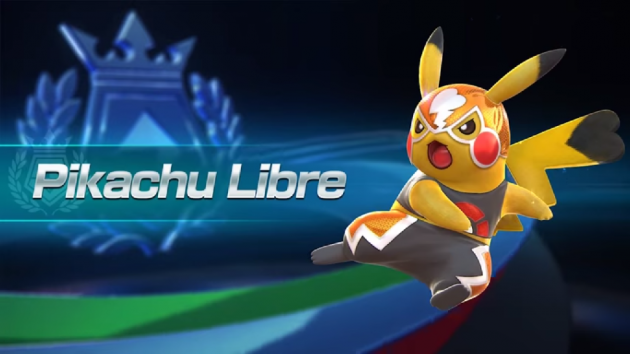 Pokken Tournament, the new Pokemon fighting game from the developers of the Tekken series, has been confirmed for a Wii U release.  The game was originally released exclusively in Japanese arcades and there was a deal of concern over whether it would release on the Wii U or not.  All worries can be laid to rest as Pokken Tournament will release on Wii U worldwide in the spring of 2016.

We also have a new fighter announced for the roster (sort of) with Pikachu Libre joining the cast.  It’s certainly a controversial choice as there are literally hundreds of fan-favorites that could have been focused on instead, whereas Pikachu Libre easily could have just been an alternate costume for the Pikachu already on the roster.

Still, looking at the layout of the select screen suggests that there will be at least four more characters added to the game by the console release, and there’s always a chance of more either at launch or as DLC.  Which Pokemon are you hoping to see enter the ring?  Leave a comment below and let us know what you think.