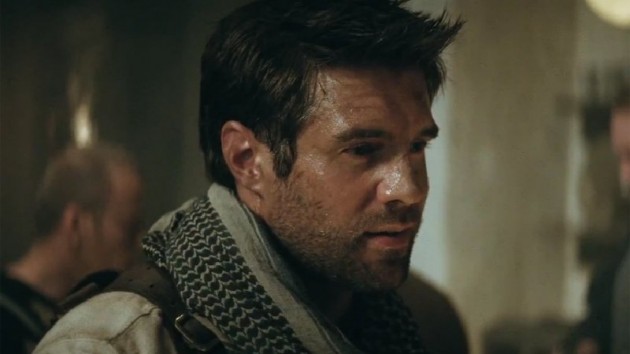 I love Nathan Drake. He’s the wise cracking drinking buddy I always wanted; the one who’s always got a story to tell. Uncharted The Movie, is a story that’s often cut short as the local authorities, or a band of Egyptian pirates, burst into your quaint drinking hole and chase you through the streets. Boxes scattered, pool cues broken, QTEs failed- you know, just an average Friday night on the town with friends.

My love of Naughty Dog’s universe has me, like many others, very ready for anything with the characteristically sand-covered Uncharted The Movie attached to it, yet recent developments have given me doubts about the franchise’s foray into film.

It’s been a while since we’ve heard anything about the scheduled 2016 Uncharted The Movie. The last update announcing a change of director from David O’Russell (Anchorman, American Hustle, Three Kings) to comic director Seth Gordon (Identity Thief, Horrible Bosses). Despite the mixed reactions to the presence of a comic director on a film which is, essentially, an action/adventure title, I think the question of who directs the film should come second to ‘do we need the film?’

Let’s face it, so far the Uncharted games are exemplary works of storytelling matching that of any feature-length movie, and the interactivity of the video game format is in many ways the key to the narrative experience. There’s also the story to consider. If an Uncharted The Movie recreated the narrative of one of the games, there’d be questions as to whether the attempt could do the source material justice. On the other hand, if the film put the characters in a new scenario fans of the series could disregard the narrative as non-canon.

A recent article from gamepur.com reported one of Naughty Dog’s lead character designers stating in an interview that Uncharted 4’s game quality is “really close to film right now.” This was pretty evident on the trailers that have been released but to have an update that months down the line saying the quality is still up to such a visual standard is great news for series fans, but bad news for the film, considering that its main benefit is realism.

Despite the graphical competence of the next generation, there’s another critical reason why a movie adaptation of an Uncharted game is an exercise in redundancy. With most video game tie-ins the promise of a live-action film is the promise of turning fantasy elements that are easily capable in a game and interpreting them in a live setting with real people. This interpretation is part of the fun. Much like with the Harry Potter films, the excitement comes from the mystery of how they are going to recreate the scenes we know and love. Aside from Uncharted’s subtle and eerie supernatural twists, most of the games present real people in (semi)real locations, meaning that people don’t really have to use their imagination, it’s already there for them on screen in full HD.

With the graphical update of the PS4, a movie version of this beloved series becomes even less appealing. Uncharted The Movie gives us more than enough character development, fantastic set pieces and emotionally charged scenes to enjoy without needing to watch a Hollywood re-master. Just ask yourself a question, would you want Victor (God damn!) Sullivan any other way?

Thoughts on the Uncharted The Movie or Uncharted 4? Which video game movie tie ins are you waiting for? Comment below.

Follow us and get the latest news delivered to your timeline!
Nathan DrakeNaughty DogPlayStation 4uncharted 4Uncharted movie
Previous ArticleThe Witcher Character Profile: DandelionNext ArticleIs Levelling Up/Upgrading One Of The Most Important Things In Games?