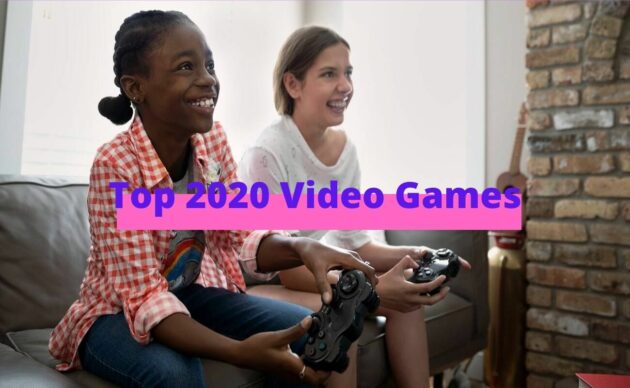 When the epidemic came, we all said goodbye to everything that was not allowed to do, like going outside, meeting friends, etc. Many people picked up the controller to safely have fun or connect with friends during pandemic lockdowns. Video games became a piece of refuge for many in that frightening year. 2020 was also a great year for fantastic games to play, which is a tiny benefit. Below are the 20 top 2020 video games:

The video game Astro’s Playroom is a 3D platformer. Sony Interactive Entertainment published the game, which Team Asobi of Japan Studio created for PS5. At the PlayStation 5 announcement event on June 11, 2020, the game was announced. In some areas, it was released on November 12, 2020, and globally on November 19, 2020.

Crusader Kings 3 is a role-playing game by Paradox as a sequel to Crusader Kings and Crusader Kings 2. The game was launched on September 1, 2020, for PC and will soon be released for Xbox Series X and S and PS5.

Disc Room is an action-puzzle game. The player has to navigate the labyrinthine rooms series while avoiding the projectiles. Each room has its unique pattern, which varies from room to room. It was released on October 22, 2020, for PC, Nintendo Switch, Linux, and macOS.

Cloudpunk is an adventure video game developed by Ion Lands and released on April 23, 2020, by Maple Whispering Limited for PC. The game has elements of science fiction and cyberpunk. On October 15, 2020, it was launched on PC, PS4, Xbox One, and Nintendo Switch.

The Last of Us Part 2 is an action-adventure video game for PS4 developed by Naughty Dog and published by Sony Interactive Entertainment on June 19, 2020. The game is played in third-person and lets the player use improvised weapons and stealth to fight with the enemies of humans.

Spelunky 2 is a video game created by Mossmouth and BlitWorks. It was published on September 15, 2020, for PS4, and on September 29, 2020, for PC. When it was first released, the game got a lot of positive feedback. At The Game Awards 2020, Spelunky 2 was nominated for Best Indie 2020 video games.

Final Fantasy VII Remake is an action role-playing video game by Square Enix. On April 10, 2020, the PS4 version of the game was published. It got a lot of positive reviews because of its graphics, gameplay, and music.

Doom Eternal is a shooter video game published by Bethesda Softworks and developed by id Software. It was released on March 20, 2020, for PC, PS4, Xbox One, and Stadia, and its Nintendo Switch version was released on December 8, 2020.

Moving Out is a moving simulated game created by DevM Games in Sweden and SMG Studio in Australia. On April 28, 2020, the game was published on PC, PS4, Xbox One, and Nintendo Switch.

Dotemu, Lizardcube, and Guard Crush Games collaborated to create Streets of Rage 4. The game is a sequel to Sega’s Streets of Rage trilogy, first published in the 1990s for the Sega Genesis and then re-released in 2020 for PC, PS4, Nintendo Switch Xbox One, Linus, and macOS.

Ghost of Tsushima, an action-adventure video game published by Sony Interactive Entertainment and developed by Sucker Punch Productions. On July 17, 2020, the PS4 version of the game was published.

Tony Hawk’s Pro Skater 1 + 2 is a skateboarding video game released by Activision and developed by Vicarious Visions. On September 4, 2020, it was published for PC, PS4, and Xbox One. Critics mostly praised the game as being 2020 video games. With one million copies sold in the first two weeks, the game has become the franchise’s fastest-selling title.

Fall Guys: Ultimate Knockout is a Devolver Digital-published platform battle royale game created by Mediatonic. On August 4, 2020, it was launched on PC and PS 4. The game will be released for Nintendo Switch, Xbox One, and Xbox Series X and S in the future.

Call of Duty: Black Ops Cold War is a first-person shooter video game released by Activision. Treyarch and Raven Software developed it. It was launched for PC, PS4, PS5, Xbox One, and Xbox Series X and S on November 13, 2020.

Star Wars: Squadrons, space combat 2020 video games created by Motive Studios and released by Electronic Arts. On October 2, 2020, it was released for PC, Xbox One, and PlayStation 4, and on December 3, 2020, for Xbox Series X and S.

Ubisoft Montreal developed and released Assassin’s Creed Valhalla, an action role-playing video game. For PC, PS4, Xbox One, Xbox Series X and S, and Stadia, the game was launched on November 10, 2020, and for PS5 was released on November 12, 2020.

Kentucky Route Zero is an adventure game published by Annapurna Interactive and developed by Cardboard Computer. The game was initially disclosed in 2011 and is divided into five acts, and the final act was released on January 28, 2020. The game was made for Linux, PC, and OS X, with console versions for the Nintendo Switch, PS4, and Xbox One.

Follow us and get the latest news delivered to your timeline!
best video games of 2020
Previous ArticleHalo was originally designed with no campaign states lead programmerNext ArticleThe best of 2010 video games