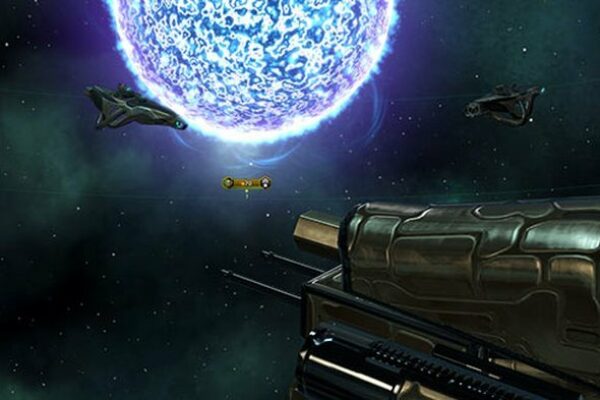 Stellaris is an epic game that offers, before adding any mods, 15 different government types to choose from and just as many advanced government forms to advance to. It might seem – and it is, up to a point – overwhelming to deal with so many options, so I’ve decided to write this complete guide to Stellaris government types and share with you which is, in my opinion, the best government type in the game.

It’s worth noting that some of these government forms are weak in certain situations but could actually be pretty strong in the right circumstances, while some weak government types can be combined with powerful Ethics in order to change the tides. But we’ll keep these advanced options and strategies away right now and focus on the basics: which is the best government type in Stellaris and a quick guide to all other types of government in the game with a few words on their strengths and weaknesses. So let’s get started with…

This is by far my favorite and I clearly consider it one of the best – if not the best – in the game. It gives you +5% research speed and +10 Survey speed (double these amounts for its advanced form, Neural Network Administration) and allows you to build one Elite Assault Army per ruler. Researching faster puts you ahead of other civilizations, while the extra Survey speed allows you to explore the galaxy faster and find the best planets for your colonies before anybody else does. The Elite Army that you can build is also very powerful for conquering planets, but you should play this for the first two bonuses it offers. A great option for early-mid game domination that turns into a flawless victory in late-game situations.

Another government I like because it offers great advantages up to the late game stages: +20% Naval Capacity and -5% Navy Upkeep (double in its advanced form), plus a not-that useful in the long run Oversized Military Ship per ruler (+50% armor, HP and shields). However, the first bonuses give you the chance to become a very powerful empire in mid-game and late game situations especially from the sheer numbers of your fleet. And since a large fleet is always welcome, this is a good option for most attack-minded people out there.

Offering -10% Ship Cost and -25% Ship upgrade cost (double in its advanced form), this is a good option for creating a dominant empire early on. However, I don’t think these are really bonuses to love especially in the later game phases when you will most likely have a ton of resources anyway. But if you want to try and rush attacks early on, this one might be a good choice.

+2 Core Planet Limit (doubles when you advance) is all that you get from this form of Government and it’s pretty useful in early game situations, especially if you want to get rid of the early Sectors that make things more complicated instead of simplifying them. This could indeed offer a nice bonus to take advantage of and build your race into the dominant one in the galaxy. I am actually considering starting a game with this form of government and switching to something else in later game stages, but it still doesn’t sound as fun as my Despotic Hegemony.

Many people like this form of government, but I don’t think it’s that good, really. It gives you +5% (+10% in its advanced form) yields in Mineral and Energy, but in the long run not some bonuses to really write home about. They are indeed useful early on for the extra minerals and energy that allow you to build your empire slightly faster, but there are better options out there!

This one’s a better version of the Direct Democracy government as it offers the +2 Core Planet limit and -10% Ethic Divergence (both doubling when it advances), but it is paired with a way weaker ethic in my opinion, so it’s not as powerful in the long run. Choosing between these two is pretty difficult, though so probably each could make for an interesting game.

I believe that all Military types of governments have the potential to be very useful. This particular one gives you -10% Army and Naval Upkeep and +5% War Happiness (all double when it advances to Martial Democracy). This could be interesting to play especially in late-game situations, and the War Happiness boost is really welcome. You should give this a try if you have the chance.

An interesting mix because of an extremely useful bonus (-15% Building cost which doubles when you advance it) as well as an intriguing second bonus: +10% Slave Mineral and Food Tile Yield (also doubles when you advance). It also offers one oversized Military Station per ruler (+50% armor, HP and shields) but that’s not as impressive as it sounds. I haven’t played or relied too much on slavery, to be honest in order to be able to fully assess the situation, but I’d say that even though a good option, it’s not really good in the long run.

This might be decent if you’re running a Leader-focused game, but usually not that good in my opinion. It gives you +1 Leader Starting Skill Level and -10% Leader Recruitment Cost (doubles in both areas when you advance it) but in the late game when most of the surveying has been done and it’s easier to reach the level cap with your Leaders, it doesn’t seem that useful anymore. Better than other options, though!

One pretty good bonus (+1 Research Alternative) and one not-so-great (+1 Leader Capacity) make this not one of my favorites, nor the best in the game. It’s true that the extra technology alternative is extremely useful especially early on – since you could, in theory, be really unlucky and be delayed to getting the Colonization options, but it loses all purpose later on in the game. You also don’t really need the extra leader, so I’d say pass to this one.

If you want your people to be the hippies of the galaxy, this is the choice you should make since you get +10% Happiness (double when you advance). While happiness is definitely important in large – and even small – empires, there are more fun ways to play the game. If you want the easy way out, you could try this one and hope that your pacifist traits are not ignored.

+50 Slavery Tolerance and -15% Resettle cost (all doubling when you advance), combined with an actually interesting unique building (Grand Mausoleum – offering -10% Ethic Divergence) make up for a pretty interesting, but highly situational government type. Maybe it would deserve to be higher on the list because of the Slavery Tolerance bonus – I told you already that I am not really using the slavery option, so I don’t really know all the implications. The Resettle costs are pretty useless though, so I really would not rush to give this one a try.

Despite its huge offering in terms of bonuses: -25% Edict Cost, +25% Edict Duration, +1 Core Planet Limit (all doubling in its advanced state), PLUS the option to build a Royal Garden per ruler (offering +10% happiness), I consider this a weak or, at best, highly situational type of government. The problem is that you still need a lot of influence for the edicts – an influence that will have to be spent on other more important things like growing your civilization and recruiting new leaders and I always had Influence hoarding problems.

This one gives you +1 Leader Pool Choices, +1 Empire Leader Capacity, and -15% Leader Recruitment costs (all bonuses double when you advance to Irenic Protectorate). Not very useful because I doubt that you will really need the extra leader even late in the game. The other two bonuses are slightly better, but I would never consider this form of government as a solid choice for my game.

I think that this is by far the weakest type of government in the game, offering -10% Ethic divergence and -15% Leader recruitment cost. No, thanks!

These would be the Stellaris government types and you have them listed from the best to the worst (in my opinion). Do you agree with my Stellaris rankings? Which is your favorite government type in the game?