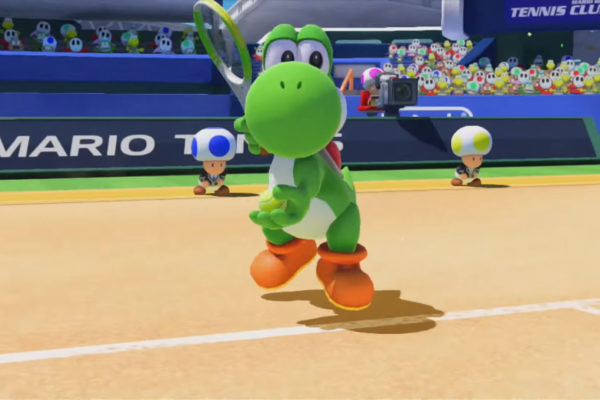 Mario Tennis: Ultra Smash made little impact when it was revealed at E3 earlier this year, mainly due to the lack of information on what the title would have to offer.  With the release date drawing closer, Nintendo is finally releasing more information on the upcoming Wii U game with a new trailer.  For one, the game will feature online play, as should be expected nowadays.

A major new feature for the game will be amiibo support in the same vein of the latest Super Smash Bros games.  By scanning in a compatible amiibo, you’ll be able play alongside and train an AI partner that can be saved to the figure.  While there hasn’t been official confirmation, it seems likely that more amiibo figures will be released for each of the playable characters that don’t already have their own.  The starting roster has also been revealed with Mario, Luigi, Peach, Daisy, Rosalina, Toad, Donkey Kong, Yoshi, Wario, Waluigi, Bowser, and Boo.  There are also four unrevealed, unlockable characters, but looking at the silhouettes on the character select screen makes it clear that they will be Toadette, Bowser Jr., Dry Bowser, and the green Sprixie Princess from Super Mario 3D World.

The major concern surrounding Ultra Smash is the apparent lack of game modes.  The Mario Tennis series has always stood out in the genre by including a variety of unique game modes.  So far, the only additional game mode revealed is the Mega Battle, where Mega Mushrooms are occasionally thrown onto the court and can be collected to enter a powered-up mode.  The trailer does tease a similar game mode with Magikoopa, but that’s it at this point.  The game is set to release in North America and Europe on November 20th.  Are you excited for Mario Tennis: Ultra Smash?  What game modes do you hope to see make a return?  Leave a comment below and let us know what you think.