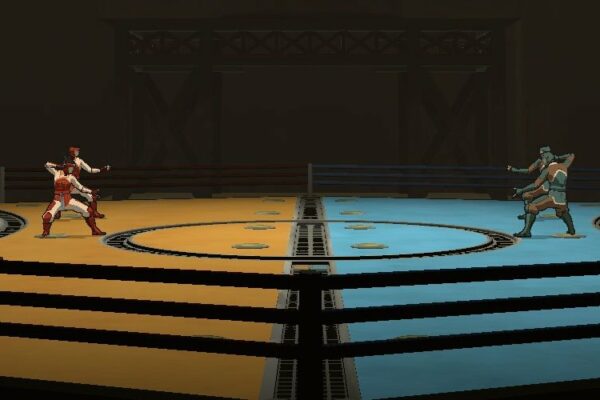 Once you complete the game you unlock pro-bending which is three difficulties of several matches that you must complete. In completing the expert difficulty you unlock a trophy. Now, easy is pretty easy, but the next two get rough. Especially since you cannot exit the match and resume from there later on; oh no, you must complete from match one in that difficulty tier.

If you’re like me, you would have jumped into pro-bending the moment the game was over. Which meant playing without maxed bending abilities. I found out that was a huge mistake as I got absolutely destroyed in the next difficulty challenge.

Here are some helpful tips that will get you through pro-bending and earn that trophy(and then you never have to do this again. Though frankly, I wish there was a game dedicated to pro-bending. It’s immensely fun).

First of all, you need to max out your bending. Especially earth, fire and water as they are for Bolin, Mako and Korra respectively. Your bending level directly affects the strength of the teams abilities so if they’re low, the team is going to suffer accordingly. If you followed the max bending guide you will max out in no time!

Don’t always rely on dodging. Yes you need to dodge but after a chain of a few, Korra will get hit on the last dodge. So you want to dodge and jump which will help you avoid being locked in animation and getting hit. Also, try to remain away from Mako and Bolin. They will happily stand in front of you and get hit, thus knocking you back too.

Learn when you use the normal attack and when to use the heavy attack. Heavy attacks do the most damage but you want to use them when the enemy isn’t dodging for the most effect. Light attacks mean you can fire off more and dodge away and sometimes it’s best to do that rather than rely on the more powerful attacks.

Counter! No damage for you and more for the enemy? Alright! Just be aware that they can counter back so be on the lookout.

Sometimes it’s best to focus on one enemy. Switch to targets that Mako or Bolin is attacking. If you can, try and knock them off the platform. If you’re in danger of being thrown into the outer edge, switch targets and lower their health. That way on the next round it’s less health you need to get off of them and it’ll mean leveling the playing field again.

Keep trying. It can be frustrating but the more you play the more natural you’ll become. You will get frustrated but don’t give up.

Good luck and have fun!