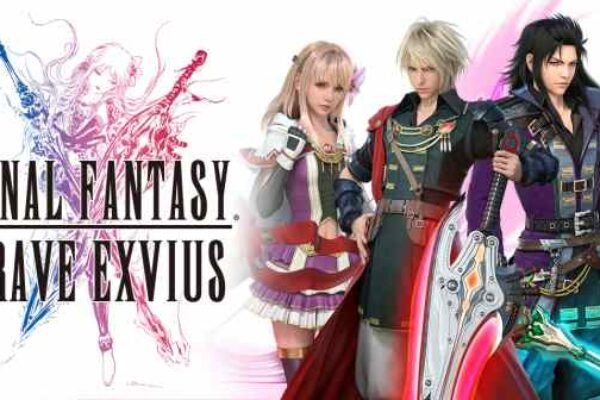 Square Enix has put out a number of mobile games in the last few years. Its not surprising since the mobile amd handheld market has been thriving in the region while console sales have stalled. Im not a big mobile gamer because of micro transactions and data usage but I wanted to check it out. I have played the game for a few hours and have unlocked all of the basic mechanics. Here are 5 things players should know when playing Brave Exvius.

Brave Exvius Has All The Final Fantasy Staples

I feel like whenever I write about Final fantasy games that aren’t the main series that this has to be the first thing I say. The game has crystals, summons, chocobos, classes or jobs and of course fan service with our past favorite characters. There are quests, towns, dungeons and Npcs to talk to an deliver their stories. The summons have 3D animations and the characters as well as the environment are beautiful. The game reminds me of a traditional jrpg in this way which was a surprise. Anyone who is the fan of the series wont be disappointed.

The MSQ Is Designed To Be Completed In Small Bites

It is a mobile game so the story and elements are designed to be flexible to pick up and put down on the go. The MSQ is completed in  series of battles, initially 3 or 4 plus a boss fight at the end. Each fight can be completed individually so you dont have to binge it or lose progress. There is usually a story section when u first enter a new area then there is dialogue during each fight. The areas are challenging and it wasnt until I got to the castle dungeon where I had to start grinding levels a bit to not get owned.

I have gotten to the point where players need energy to enter certain dungeons and battles. This is a way to pace the fights and disengage from the game. Or to get you to buy Lapis for more energy.

The Battle System Is Easy To Use But Hard To Master

Players are able to press their character’s icon block to perform a basic attack. To get to magic, items and summons will require players to swipe in the cardinal directions. I forgot several times to swipe before getting to magic for my mages and wasted attacks so paying attention is key. Monsters do have elemental weaknesses so remembering that can make encounters easier. Also, players are able to bring a “companion”, other players playing the game, with them. Its not level capped so if you have a high level friend it can change the tide of the encounter. There are also summons in the game that can be used when the gauge is filled.

I mentioned grinding earlier, so at times players may need to go to previously explored areas to grind in the newly accessible dungeon. It has all of the normal features like random encounters to help boost levels. This isn’t really a battle feature but to make your characters have higher levels, players can fuse lower level characters through to boost experience.

The Forge System Can Be Complicated

There are treasure chests in dungeons that drop gear and items but more than likely you will be making your own stuff. Shops in town sell recipes for gear, items and abilities that players will have to forage for materials to make. Npcs also give recipes as rewards or they can be found exploring towns. The items can be made in 5 minutes but there is only one slot for each category initially. Players will need to buy more slots with the in game currency Lapis. More on that in a minute.

My main issue with this is that they don’t say where these materials drop the most frequently or even keep track of the items you find per dungeon. Players don’t need to be in a town to make items because it can be found in the home screen.

Micro transactions Are Here But Not Intrusive

“The game gives you several ways to earn lapis and summons through daily bonuses, completing the coliseum challenges and completing NPC quests”.

This could be my personal feeling about it but so far the cash grab hasn’t been that bad. I’m still at early levels so I don’t know if it increases more past the tutorial phase. The game currency is called Lapis and you can buy it to use for pretty much everything. The things you can buy are chances to summon more and rarer characters, energy, orbs for the coliseum, items etc. The game gives you several ways to earn lapis and summons through daily bonuses, completing the coliseum challenges and completing NPC quests. You can earn higher weapons through competing in the coliseum and more by using your friends in battles. This way is longer but it can be done which is what I appreciate.

So far I can recommend the game if your bored and have the data to spare. If you’re interested in trying the Brave Exvius for yourself you can find a link to the official website here. The game is available for Android and IOS devices.

Have you tried Brave Exvius? If What do you think about it? What other mobile JRPGs do you recommend? Let us know in the comments section.