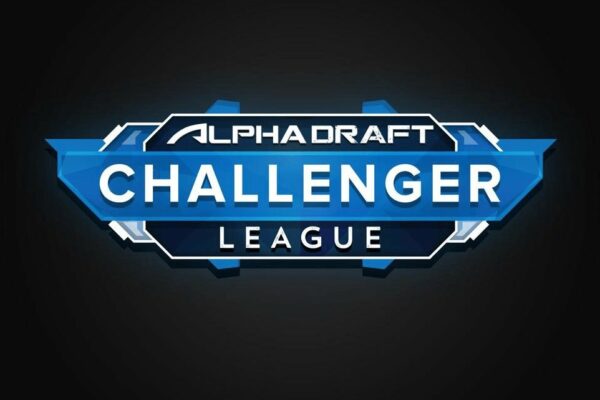 Earlier this month we reported on AlphaDraft, one of the few fantasy eSports platforms, and their upcoming tournament sponsorships.

I got a chance to speak with AlphaDraft CEO Todd Peterson, and he gladly spoke about where eSports was going, how AlphaDraft picked the games they support and how amateurs can get into the big leagues.

Vgamerz: With eSports being relatively new how is AlphaDraft adapting to the scene’s rapid growth?

Todd: We don’t see ourselves in terms of needing to adapt. We believe that we’re fueling the growth of eSports by creating additional, very engaging ways for fans and viewers to participate.

Vgamerz: eSports is huge in America, Asia and Germany, even ESPN has dedicated some air time to the scene. Where does AlphaDraft see eSports going in terms of mainstream acceptance?

Todd: I think in Asia it’s achieved mainstream acceptance. In North America, it’s getting there. What you’ll see soon is that eSports stars will eventually be as recognizable as a Lebron James or Peyton Manning. Some are already emerging, but not many have made the transition to being as recognizable by the mainstream. You’ll also see traditional networks like ESPN and others regularly covering eSports events.

The other trend that is driving eSports to mainstream acceptance are the available consumption options. Free live streaming and video on demand (VOD) is available for pretty much any device, including mobiles. The freedom and increasing range of options to access content will only help the growth of eSports. It’s also one of the reasons we decided to launch our fantasy eSports app. It allows fans to be untethered and on-the-go while they watch their favorite tournaments, keep up with stats and even enter new matches and draft teams anywhere, anytime.

Vgamerz: For those who don’t know, what exactly is AlphaDraft and why do you only focus on games like Dota and Counterstrike and not NBA 2K or Halo or Forza?

Todd: There are several key factors that determine what games we choose to support with fantasy matches. The main factors are the size of viewership audience, league structure, and stats availability.

For games like Dota 2 and Counter-Strike: Global Offensive, stats are readily available. There are very big audiences who love watching these games as eSports. Rather than just offering the fans to watch passively, AlphaDraft lets the audience get involved though daily fantasy drafts. They can pick multiple pro gamers for their fantasy team, competing against other fans’ fantasy teams, hoping that their picks total up to the highest combined score.

We also select games with a strong league structure. If there aren’t enough players to choose from it makes a fantasy game less interesting and the game becomes more luck than skill. (Imagine fantasy football with only 3-4 teams to pick from.)

Also, if stats are not readily available, then it is very difficult for us to run a statistics-based fantasy game. There has to be a reliable way for us to export stats from these games consistently and verify them. We want to provide a great experience for our customers, so it’s important we start each game the right way.

Vgamerz: There are still a massive amount of gamers that can not and will not take competitive gaming, or rather eSport, seriously. Do you see this as just a growing pain for the scene?

Todd: No. Every league has had its struggles. Even the NBA, MLB, and the NFL had struggles early on. As long as the content is compelling and eSports continues to create opportunities for its stars to show their skills, making them enjoyable to watch and follow, we should see steady growth.

Vgamerz: Streaming matches on consoles is becoming the norm as it has become with PC gaming. Will AlphaDraft try to break into console competition one day? (I.E with tournaments like EVO or even by holding your own tournament)

Todd: Yes. With AlphaDraft, we are building a platform for all major eSports. We love console games!

Vgamerz: Is there any chance that AlphaDraft will release an iOS app for people on the go?

Todd: Just prior to the 4th of July holiday, we released our iOS AlphaDraft app. It’s already warmly received and allows our members to not only watch live tournaments and track stats but also enter contests and draft teams. We’re the first fantasy eSports company to allow fans to take the experience with them on-the-go. Heck, they can even participate if they’re attending live eSports events in person.

Vgamerz: Gaming journalist have yet to commit to competitive gaming, why do you think journalists are having a hard time covering these events?

Todd: eSports is a segment within video gaming. I think it takes specialized understanding and knowledge, more akin to what a sports commentator or sports writer might master. This is a different skillset required when critically analyzing and covering a video game.

Just like with the coverage of mobile games, social games, and so many other sub-genres of video games – even the movement from print to digital and now video – I think it’s just a matter of time before more video game journalists will fully participate. Already there are some very knowledgeable folks out there that have made the transition very nicely and expertly report on both video games and eSports.

Vgamerz: With that said there are very few sites dedicated to only eSports, do you think one day the scene will get it’s own ESPN-esq coverage?

Todd: I’m already talking to several companies who are looking to become the next ESPN of eSports. It’s coming. Heck, maybe even ESPN will do it one day.

Vgamerz: Recently AlphaDraft a couple of new partnerships and an addition to your list of supported games. Is it difficult to choose what game(s) should be added to the sites list or is there an ever growing list of games you want but have yet to secure?

Todd: We would love to support all games, but it comes down to how statistic-driven the game is and the size of its community. Is the game structured in a way that makes it an interesting fantasy sports title and are there enough people that follow events around that game? As an example, for most fighting games, there isn’t a dominant regularly scheduled weekly event. Yes, there are hundreds of events going on for games like Smash Bros., but the audience and overall structure is too fragmented at the moment.

Vgamerz: What does it take for an amateur to start a team and compete in the big league?

Todd: The dedication required to compete today at a high level is no different than the training regimen you might see to get into the NBA or NFL. Your entire team has to dedicate itself to training for the pro level. Skill is important, but when your opponent has a similar skill level and practices 16 hours a day, you have to match that level of effort to remain competitive.

And practice as a team is important. Many of the MOBA games, for example, can overcome a skill deficit if there is great team play. It’s important your team works together and communicates effectively, or you won’t make it. 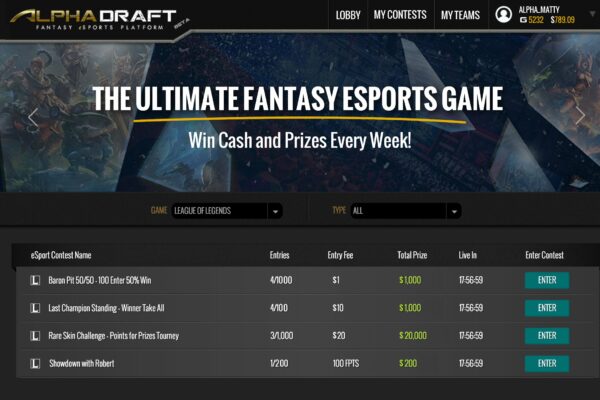