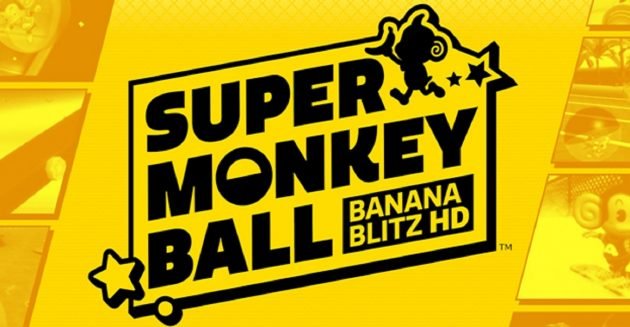 2019 saw its fair share of retro game remakes. We got Final Fantasy VII, Spyro Reignited Edition, and Crash Team Racing Nitro-Fueled. They all aim to bring back that classic, purer gaming experience we all once enjoyed. Unfortunately, in the midst of all this there was a remaster that got somewhat overshadowed. The world forgot about Super Monkey Ball Banana Blitz HD.

Originally released in 2006, Banana Blitz is widely considered to be a classic of the Nintendo Wii’s early library. Unfortunately, it was held back somewhat by the Wii’s hardware limitations and never got its true chance to shine. Almost fourteen years later and SEGA have finally ported their cult classic to PC, packaged as a shiny remaster. So how well has Super Monkey Ball Banana Blitz stood the test of time?

As you would expect from any half-decent remaster, Banana Blitz HD has reworked much of the game’s existing content. Specifically, the core levels have been reworked to be more difficult to complete. This isn’t too surprising since the original Banana Blitz was dumbed down to accommodate for the Wii’s awkward motion controls. Let’s remember this was a launch title and many developers still had no idea how to use the technology properly. SEGA has also chosen to cut 80% of the 50 original minigames in order to improve the quality of the ten left in. 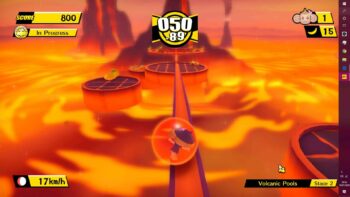 Both of these ideas are good in principle, but the execution is lackluster. Whilst I have no problem with the minigame cutback, since most of the original fifty were not very good anyway, the ten they’ve kept aren’t all that inspired either. Hurdle Race and Snowboard will have you falling asleep half-way through whilst Banana Blitz’s rendition of Monkey Target is completely void of any personality. I thought Space Monkey Attack and Dangerous Route were both okay but the other eight all heavily lack in something or another. They play more like a tech demo than an actual game.

As for the difficulty rework, it’s both a success and a failure. To their credit, some of the later stages are far more challenging, especially from World 7 onward. The problem is that everything before then is just too easy. Banana Blitz transforms from a casual platformer to a fast-paced, challenging physics game in mere seconds. The difficulty spikes out of nowhere which can be a little jarring.

Certainly, the transition away from motion controls has helped Banana Blitz HD a bunch. Gone is the painful flailing off your Wii mote, replaced by traditional dual analog controls. Well, mostly anyway. For some reason, SEGA has opted to not let players use the right analog stick for camera adjustments. This made sense in the original due to hardware limitations but feels like a considerable oversight in today’s age. 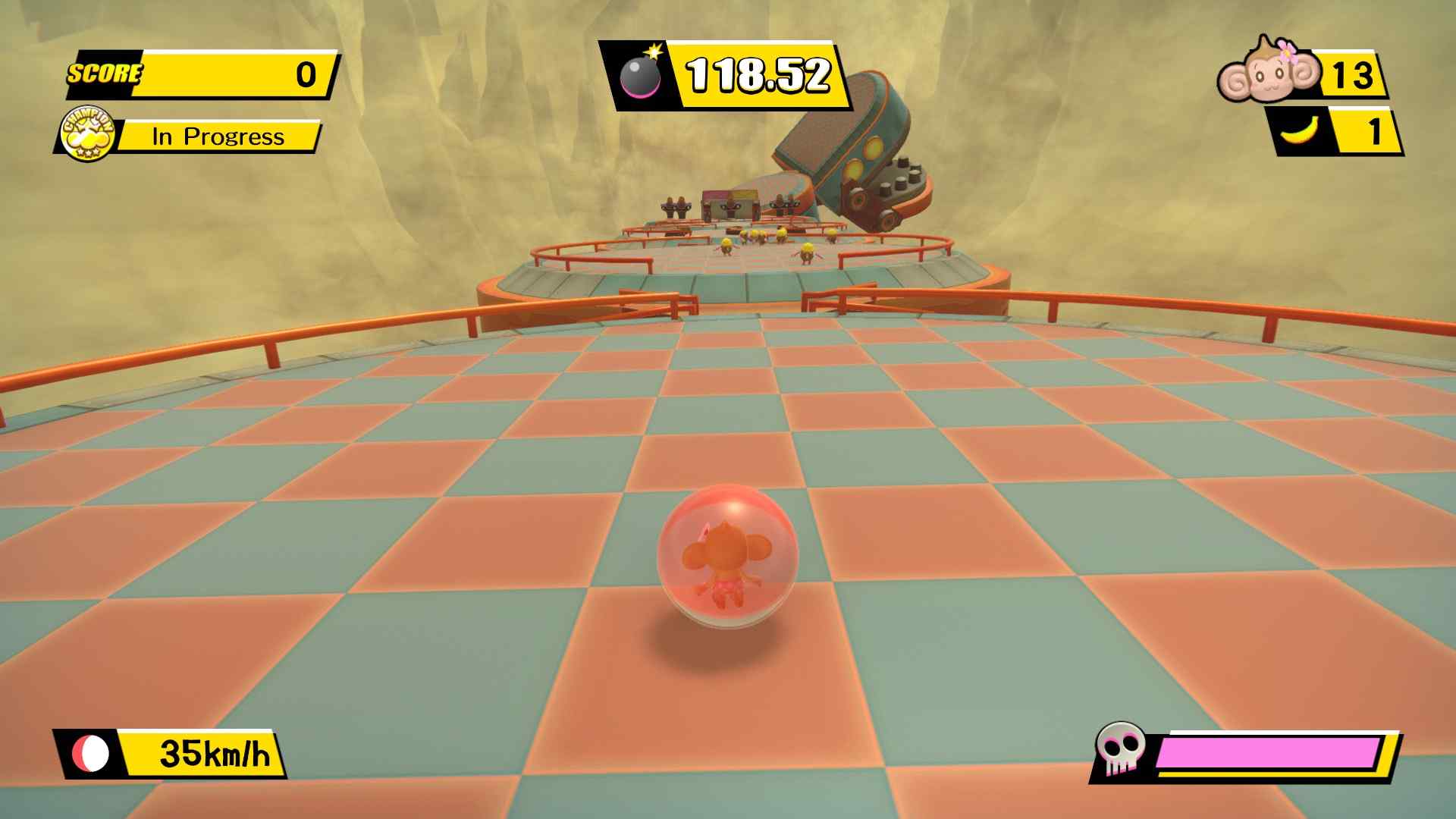 And oh my, does the gameplay suffer from it. Controlling the monkeys themselves isn’t hard but knowing where you’re going definitely is. Some levels involve technical navigation across thin platforms, but you can’t adjust the camera to see where you are. If these platforms are directly behind you or at a 90-degree angle, you just have to hope you guess right. I’d say easily at least half of my deaths were thanks to the automatic camera.

Despite its gameplay shortcomings, Banana Blitz HD still has plenty to offer. For one, its visually a really nice-looking game. You might think the 2006 art style would be dated but surprisingly not. It holds up nicely, is very colorful, and its generally just easy on the eyes. It’s a damn shame about the camera given how clean-cut the graphics themselves are.

The new theme song “NA In Love,” is a charming and cute addition to the title screen. Having a vocalized song in a Super Monkey Ball game feels odd at first but I found myself quickly growing fond. It’s a very catchy tune that captures the wholesome fun that Banana Blitz is all about.

Other than the main theme, I found both “Smooth Sherbet,” and “Cobalt Caverns,” the standout stage songs. Fun fact, when you play as Sonic, Banana Blitz HD’s new hidden character, there’s a remix of the Sonic Rush ending theme as well as the Sonic Mania character selection theme. 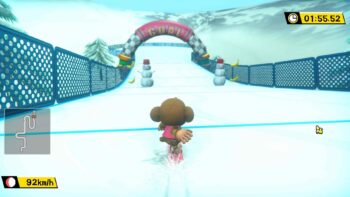 As for the voice acting, it’s as cute as it is annoying. Sure, all of the characters are very adorable and hearing them cheer “Yahoo!” in celebration is fun and all. But after you’ve heard the five hundredth “Yahoo,” you’ll really want it to stop. Keep in mind that every time you jump, go near an edge, finish a level, or go fast, your monkey pal will have something to say.

Is Super Monkey Ball Banana Blitz HD any good? Sort of. It’s a competent remake of a classic which mostly suffers from the same flaws as the original. SEGA has tidied up the visuals and tweaked the stages, but the core gameplay is practically identical. This might be what some people want from their remasters, but not me.

I think this was a great opportunity to bring Banana Blitz in line with its superior predecessors. However, by failing to do so SEGA has simply reminded fans how much more they’d like a Monkey Ball 1 and 2 remake instead. Still, even with its flaws Banana Blitz HD could be a decent pick up at 50% off in the future.