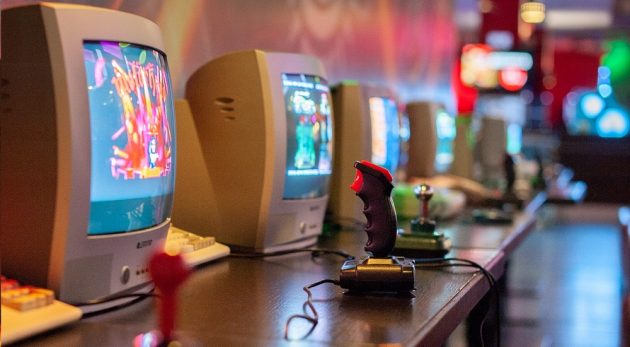 We’ve all heard it before – that video games are a waste of time, that they’re unproductive, and worse that they’re rotting your brain. Your parents, teachers or friends might despair at how many hours you spend playing games and devoting your life to achieving the next level on PubG (that’s Player Unknown’s Battlegrounds to the non-gamers out there!).

Sometimes it’s true, and us games could all do with laying off the screen-time and investing in some other, more daylight-centred hobbies. But not all games are inherently brainless. In fact, some aim to teach you something.

Playing video games doesn’t have to just be for entertainment. There are tonnes of educational games out there, and games are often used in education to make the learning process easier and more fun. That’s because games are a powerful tool to teach us skills and make us compete with one and other to get better! What would you rather do: sit through a two-hour lecture, work through a workbook full of exercises, or play games? I know what I’d choose!

So, next time your parent, guardian, friend, significant other or teacher critique you for playing video games, draw their attention to the amazing educational quality of several games out there. Here’s some of the best skills you can learn from video games, as ammunition for your next argument!

Guitar Hero, anyone? You can actually learn rhythm in music games like this, as they allow you to take apart individual sections of songs and focus on them. You might learn the bassline of one song and begin to appreciate how all of the instruments in the music fit together.

Meanwhile, Rock Band can teach you how to drum. If you go the whole hog and invest in the drum controller, you have a pretty accurate recreation of the real thing – four drum pads and a foot pedal. You’re only missing the hi-hat! Once you graduate to the expert level in this game, you could probably make it by pretty easily in a real band. Guitar and bass players (or wannabe players) can use Rock Band 3’s pro controller to learn chord structures. Finally, grab your real guitar and hook it up to Rocksmith, a game that teaches you how to play guitar with a bunch of fun mini games thrown in.

If you want to learn how to travel around the world in 80 days, there’s a game for you. Picture the scene: you’re in 19thcentury Steampunk London, following in the footsteps of the classic novel by Jules Verne, in a brilliant mobile game that’ll teach you circumnavigation and more.

Figure out what route is best: a balloon across Arabia or hitching a ride on the Trans-Siberian railway. Along the way, learn about the geography and culture of the world, and how to survive on very little money. By the time you finish, you may be considering taking off and travelling the world in real life!

Check out the Kerbal Space Program if you want to have your own Major Tom moment in outer space!

Outer space is notoriously difficult to survive (think of all the movies you’ve seen where poor astronauts are shot into space and then spend the rest of the film trying to survive and return home!). Even real missions often go wrong. That’s why the Kerbal Space Program aims to give people some experience before they graduate to astronaut-level heights!

“You learn how to send your Kerbals into space, land them on the moon, or orbit their own home planet (via a lot of trial and error),” says Frank Bate, a gaming blogger at Britstudent and NextCoursework. “Learn about trajectories, gravity, weight, propulsion, fuel, rocket shape and more to get the job done and launch the Kerbals into the atmosphere. You’ll also need to build rescue rockets to get those stranded when the mission goes wrong!”

This game is even endorsed by NASA, so it’s a winner if you want to convince folk that games can be educational!

If you haven’t heard about Minecraft, you’re clearly not well-versed in the culture of video gaming. Minecraft is a spectacular game for a few reasons (no, it’s not just about punching trees and running around heedlessly). With the in-game mineral, known as Redstone, you are going to learn electrical engineering.

Redstone is used to power mechanical devices – but it’s not as easy as pressing ‘A’ and that’s the end! No, in Minecraft, you actually have to learn about how Redstone’s current moves, splits and transforms. At advanced levels, with the right placement of logic gates, you can create complex machines like calculators! So, if you can figure out how to make Redstone work for you, you will at least be able to wire up a clock in the house. At best, you’ll be able to wire electricity without blowing any circuits!

“Learning how to code is accepted as a very, very useful skill in the modern age. In fact, it’s even being taught to children in schools!” says Karis Holland, a tech writer at Australia2Write and Write My X.

If you missed the boat and never learned anything about coding, fear not: these games will bring you up to speed.

SpaceChem is a puzzle game that will teach you about the logic behind if/then statements, recursion/loops, and all the other basics of programming. CodeCombat incorporates JavaScript into the gameplay and gets really serious. Light Bot is a game for kids (but also, let’s not lie, useful for adults with zero knowledge of coding) that teachings the logic of computer coding.

No article about skills you can learn from games would be complete without mentioning the beloved FPS (First person shooter) games like PubG, Call of Duty and Free Fire. These games can typically be found on any medium, from smart phones to laptops to gaming devices like PlayStations. What you may be surprised to learn is that in a 2009 study, the University of Rochester found that shooting games improve your vision! They found that these games boost alertness and sensitivity in the eyes and may be used in the future to correct poor vision. Tell this to your parents next time they say you’ll get square eyes from staring at a screen so long!

Author Bio: Michael Dehoyos, a content marketer and editor for PhD Kingdom and Academic Brits, shares his cybersecurity and online hacking developments with his readers. He enjoys finding easier ways for companies to become more secure and successful. 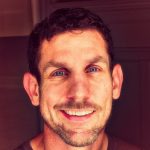 Follow us and get the latest news delivered to your timeline!
Video Games
Previous ArticleValorant recoil is an archaic mechanic that should have been left in the pastNext ArticleBurnout Paradise Remastered coming to Switch this June, according to eShop leak