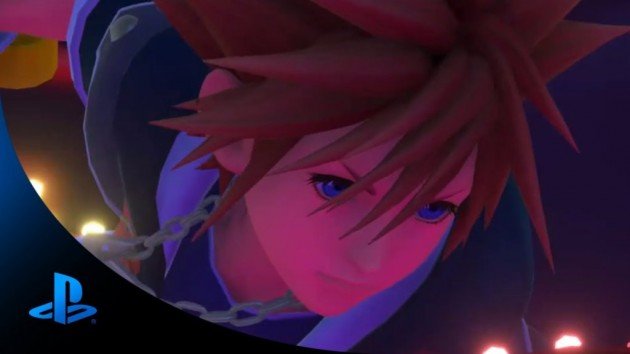 And the day has finally come where I finish my series of articles that predict everything related to Kingdom Hearts III. The first part discussed the worlds that will appear in the game and the second part predicted the story. In this last part, I will be discussing more general things about the game itself. Since I started this series, some of my predictions have already been proven false, but I believe a few of my ideas have also been validated. All that means is to take what I write here with a grain of salt, all of the stuff I’ve put in these articles aren’t necessarily going to happen, they’re just mere educated guesses and ideas of mine based on the series and news on the new game so far. Also, considering Kingdom Hearts III has been confirmed to appear at D23 this August, some of my theories will probably be confirmed or denied then. That being said, let’s begin starting with the release date.

I have no facts to really base this on, but I have a gut feeling that the game will come out in Japan in Q4 2016 while it will come out in Q1 or Q2 of 2017 for the rest of the territories. This would give the development team at least 4 years of development (2013 when it was announced, 2014, 2015, and 2016) and about 6 to 8 months for localization. Odds are the game has been in development for much longer than that though because I remember reading articles back when Birth by Sleep came out in 2010 that very early design and story development had already started for Kingdom Hearts III. Regardless of whether or not those articles were true, it’s a pretty easy assumption to make that the game started development before the announcement.

Besides the release date, most of the features and mechanics of the game have been been announced already. Flowmotion will probably be incorporated in small doses in specific traversal segments during certain worlds. The attraction flow will most likely be this games version of the special moves you could pull off with the Dream Eaters in KH3D. The special keyblade transformations shown in the most recent trailers for the game are probably an evolution of the shotlock from BBS. The HUD in the game also appears to be a bit more interactive. There is only one thing that hasn’t been announced that I think will appear in the game when it comes to its mechanics.

I believe this game will have something similar to the quick character switching that was used in certain sections in Batman: Arkham Knight. In that game there were quick sequences where you could click L1 to switch to the other character fighting on your side, and it worked very well and smoothly to not interrupt the flow of battle. I believe Kingdom Hearts III will also have sections like that considering the story of the game will have more Keyblade wielders than any other game in the series, most of whom were playable in previous games. It would be really rad if you were stuck in a battle with an overwhelming amount of heartless and could click a button for someone like Riku or Aqua to jump in and help you out. Kingdom Hearts II also had a similar function where if you died during certain boss battles, King Mickey would jump out to help finish the fight.

So that’s the last of my predictions! If you enjoyed this short series please let me know in the comments and I will look into doing a prediction series for another upcoming game. If not, then this was a nice writing experiment for me and I thank you for reading.

Follow us and get the latest news delivered to your timeline!
Disneykingdom heartsKingdom Hearts IIIpredictionps4Square EnixTetsuya NomuraXbox one
Previous ArticleStreet Fighter V Introduces New Character And Reveal New DLC PolicyNext ArticleThe Witcher 3 Combat Is One Step Away from Greatness