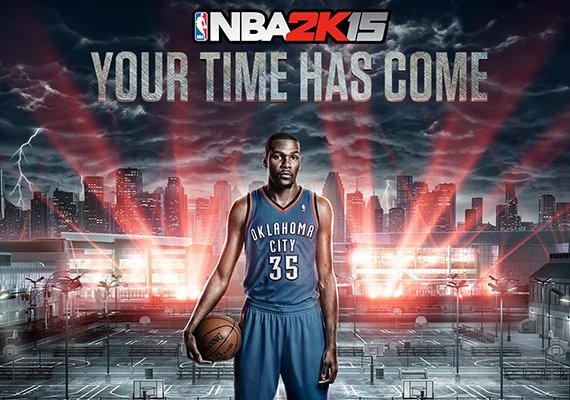 When do you know that your game is top quality? When an NBA 2K15 star admits that he begged the developers to be the player on the cover.

Kevin Durant said that during the phone press conference where he was presented as the player to be featured on the cover of NBA 2K15:

“I begged them to put me on the cover. I really think nobody plays the game as much as I do.”

Oklahoma City’s Kevin Durant won the MVP award, so he’s clearly one to be on the cover of the most popular and most realistic basketball sim out there. And I do believe that the begging part was just a joke.

But, joke or not, there you have it: the NBA 2K15 cover athlete is Kevin Durant and I personally have high hopes from this year’s title. The My Player Mode – which happens to be Durant’s favorite game mode for its realism – should go completely next get in terms of realism and hopefully we’ll all have a blast playing it.

We’ll get to see for ourselves on October 7th, when the game launches on all major platforms.

Follow us and get the latest news delivered to your timeline!
2K SportsBasketballNBA 2K15Sports
Previous ArticleIs Destiny Going to Be Another Traditional MMO?Next ArticleCivilization: Beyond Earth Has a Team of Writers Creating the “History” of the Future