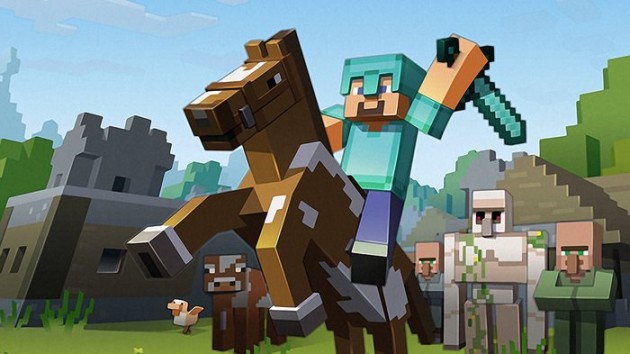 It’s been a month since the Turkish government first announced it would investigate claims that Minecraft should be banned for being “too violent”. Today, the results of the investigation are in, and it’s not looking good for the blocky sandbox.

Local sites Hurriyet Daily and Leader Gamer reported that Turkey’s Family and Social Policies Ministry has concluded that authorities should ban Minecraft because it might encourage children to resort to violence. They will begin the process of sending the report to the legal affairs’ department, including instructions to ban the game from the region. Under Turkish law, whether or not the game will be banned must be determined by the courts.

Mojang responded to the ban on GamesBeat by saying, “Minecraft is enjoyed by many players in a wide variety of ways… Many enjoy the creative freedom that’s presented by Minecraft and its tools, some are more interested by the opportunity to explore a landscape without boundaries and to go on exciting adventures with friends. We encourage players to cooperate in order to succeed, whether they’re building, exploring, or adventuring. The world of Minecraft can be a dangerous place: it’s inhabited by scary, genderless monsters that come out at night. It might be necessary to defend against them to survive. If people find this level of fantasy conflict upsetting, we would encourage them to play in Creative Mode, or to enable the Peaceful setting. Both of these options will prevent monsters from appearing in the world.”

A quote from the report stated, “Although the game can be seen as encouraging creativity in children by letting them build houses, farmlands and bridges, mobs [hostile creatures] must be killed in order to protect these structures. In short, the game is based on violence.” (via Hürriyet Daily News). The report was also concerned that the game could lead to “social isolation” in children while also exposing them to the risk of online bullying or abuse.

Turkey has banned a lot of “offensive” websites, but a relatively small number of games. Minecraft may still be in trouble, however, as the Turkish authorities see it as a game marketed predominantly at children. It’s likely they would simply block the minecraft.net domain, given their heavy use of website blocking. According to the Gamesbeat report, Turkey’s government has deemed 67,000 websites offensive, including 4chan and richarddawkins.net.

The investigation began a month ago after a journalist told the Family and Social Policies Minister Aysenur Islam that the game rewards players for killing other players by giving them points. Anybody who’s spent any time actually playing the game would know that’s not entirely accurate. It’s pretty clear Minecraft is not “based” on violence, but rather offers violence as one of many play options. And, let’s be honest, even at its most violent Minecraft is still just a human-shaped block hitting another block.