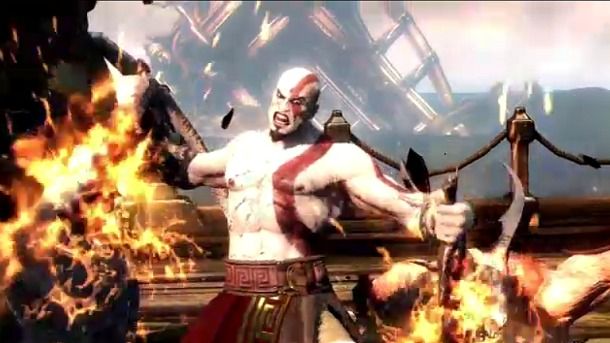 God of War Ascension has received an official feature list from Sony, detailing the amazing features of the upcoming PlayStation 3 exclusive and one of the highest anticipated games to be released on the console. I am sure you’re very curious to check out all the new goodies that Sony has planned for the fans of the God of War franchise, so I won’t keep you waiting and let you check them out below:

Set in the realm of Greek mythology, God of War Ascension is an epic adventure that takes players back in time to experience the climactic journey of the ex-Spartan warrior Kratos as he seeks freedom and vengeance. After being tricked into killing his wife and child by Ares and breaking his blood oath by swearing vengeance against him, Kratos is sentenced to spend eternity in a titan-sized prison for the living damned. Fighting insanity at every step, his strength is pushed to the limit as he seeks to break free from his fate and gain the clarity to seek revenge on his former master. Armed with his trusty Blades of Chaos, Kratos must take on mythology’s darkest creatures while solving intricate puzzles throughout his merciless quest for freedom and redemption.

God of War Ascension is expected to hit the stores on March 12, 2013, and the 8 player multiplayer will certainly turn it into an instant hit.

Follow us and get the latest news delivered to your timeline!
Previous ArticleRandom Heroes Cheats: Tips & Tricks for a Better StrategyNext ArticleWii U Release Date and Price Leaked – Details Here!